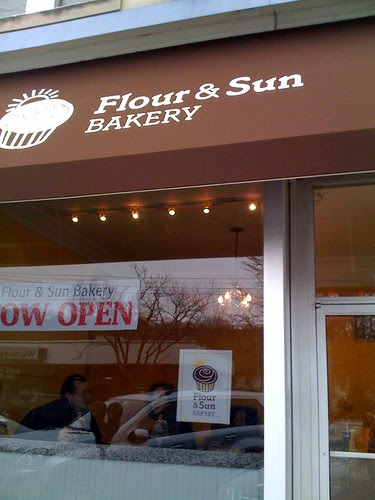 Last Sunday (yes, with the storm pending, but I went in the late afternoon), I took the Metro North train to Pleasantville, New York to check out the newly opened Flour & Sun Bakery (random side note, for a long time, on Flickr, I thought their name was "Flour & Son"). It was an easy trip from Grand Central in NYC, and they are one and a half blocks from the train.

The shop is small, with a counter and a few seats for customers. They also have coffee and tea. 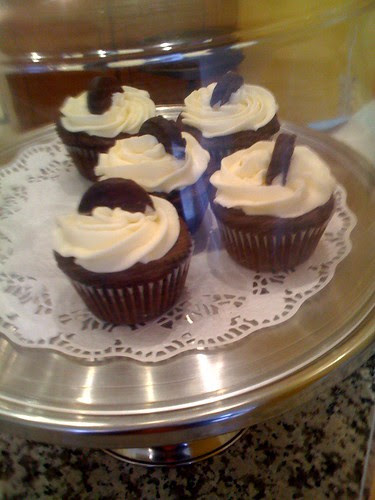 Well, this one was worth every bit of the $3! The frosting was peppermint, the cake was chocolate, and there was part of a peppermint patty on top and then part of it baked into the bottom of the cupcake: 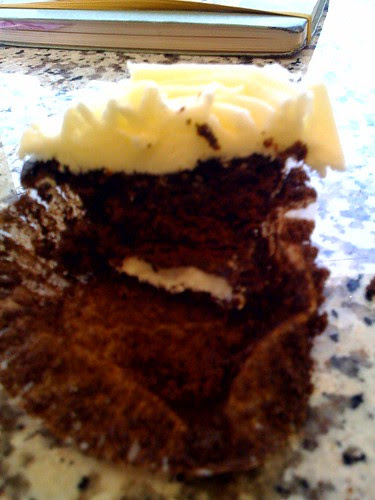 The frosting was tingly, the way a good peppermint should be, and all three parts (the candy, frosting and cupcake) worked perfectly together. This is definitely a cupcake I would travel to get, and I honestly don't know of any NYC bakery that has peppermint frosting regularly on their menu (I've had it around the holidays at sugar Sweet sunshine, but only occasionally).

As for the others: The apple cinnamon was more like a muffin. It had chunks of apple in it and was good, but I would place it in the muffin category. The cake on the coconut frosting was a little crumbly, but the frosting, which was vanilla with coconut shavings, was good, on the sweet side. 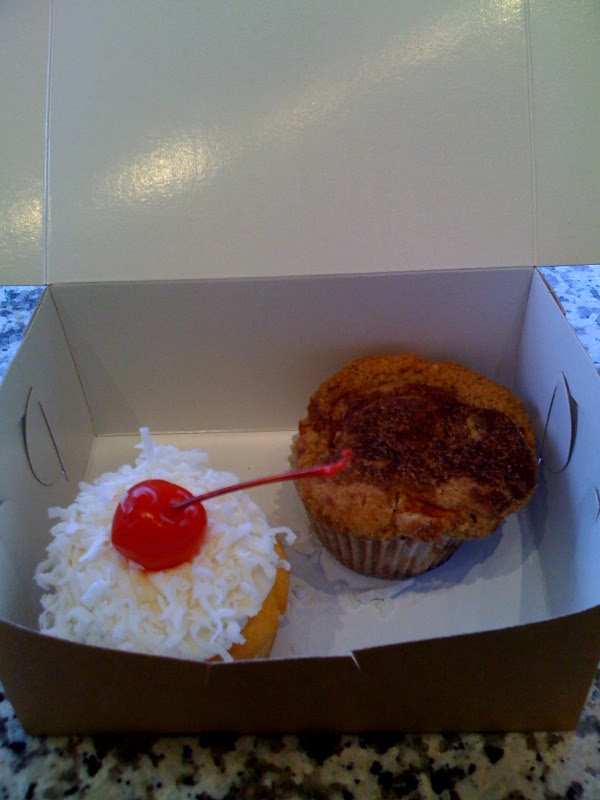 The lemon poppy was pretty good, but cream cheese frosting is not my thing so I mostly ate the cake. Flavors of theirs I'd like to try: chocolate chip cookie dough, lemon surprise, peanut butter & jelly, and s'mores. 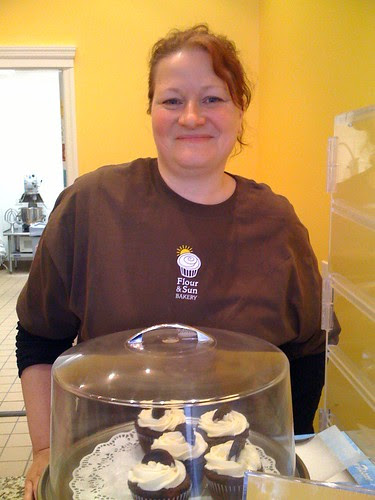 This is the back of their t-shirt: 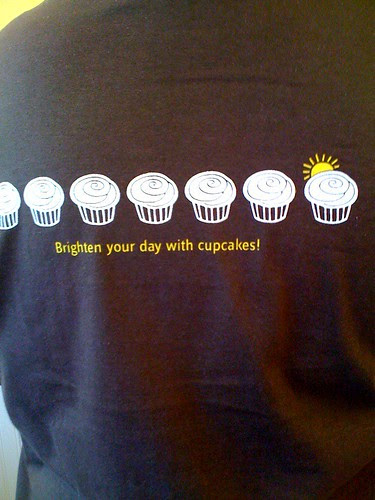 And on the floor of the bakery: 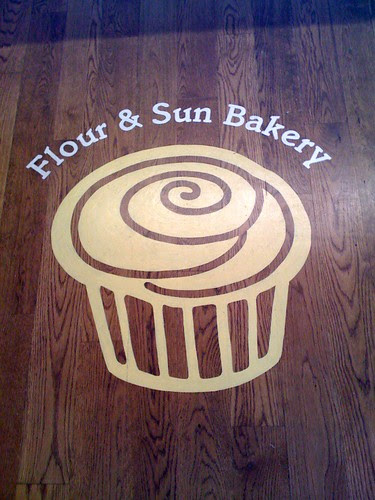 They also have a buy one get one free card: 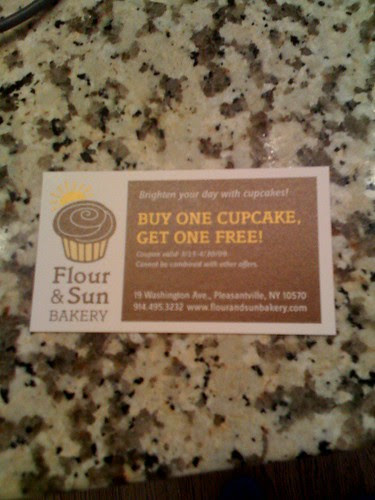 Their grand opening will be Saturday, March 21st, with free cupcakes and other fun happenings. See their blog for more info. I'm hoping to go back and cover it for the blog (and, of course, sample the free cupcakes!). See the rest of my photos in my Flickr set. All photos by Rachel Kramer Bussel.