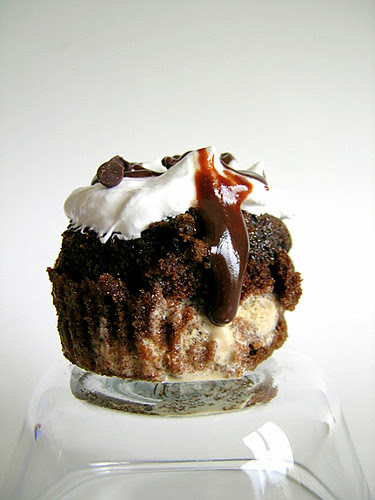 And you can't truly appreciate this concoction of cupcake goodness until you've seen the inside: 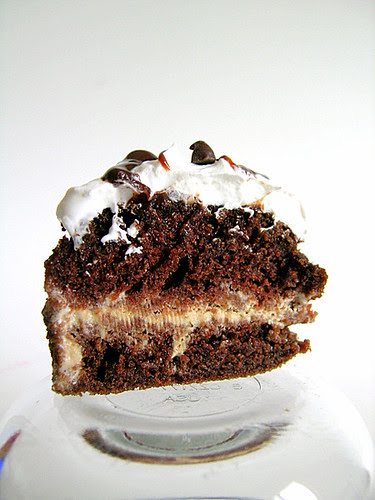 Jamieanne writes on her blog The Sweetest Kitchen (where you can get the recipe):

The idea for the frosting came from the latest issue of Taste of Home magazine (June/July 2009); it was the frosting for a coffee and chocolate pie. I lessened the amount from the recipe a bit, since I wouldn’t be needing as much as the recipe made. It is very light and would be a good frosting for regular cupcakes as well if you’re after something light and marshmallowy.

kendahl a. said…
Just wanted to stop by and let you know I nominated you for an award on my blog. :)