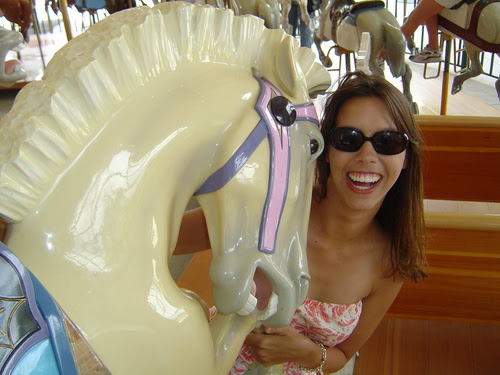 As often as I can! Every birthday I have strawberry cupcakes with sweet strawberry frosting. Throughout the year I eat other varieties, but my birthdays are all about the pink!

The icing. The thicker, the better.

If honesty is the policy around here, I have to say that there is only one sweet that equals a cupcake in deliciousness and perfection. That is a fresh Marvelous Market Brownie. Other than that, cupcakes definitely take the cake.

I would like a magic cupcake machine. It would sit on your kitchen counter (so much more useful than the George Foreman), you would press some buttons (cake: orange, frosting: buttercream) and voila! One perfect cupcake appears.

I bake my own, which means I get to lick the bowl.

As a child, my mom would bake cupcakes for me to take to school on my birthdays. I would frost them, load them up with sprinkles, and we'd pack them into Tupperware. The teacher would make us wait until the end of the school day, when I would finally get to pass out one cupcake to each of my classmates.

On my husband's half birthdays we have half cupcakes. I bake cupcakes and frost them and then cut them in half. I remove one of the halves from each liner and put those halves into new liners. Half cupcakes=Half the Calories (except we eat the whole batch!)

Any other thoughts on the topic?

I am SO making cupcakes tonight.
bakery cupcake interview

Anonymous said…
Here is a cupcake related story I posted on la.foodblogging that I think you might be interesting in.