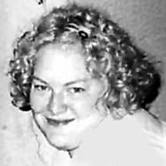 About once a month I get a specific hankerin’ for something sweet and cakey. And when it happens, no amount of Mister Softee or Nutella or Cadbury Dairy Milk bars will do the trick. The cakeyness is key. I’ve found that The Cupcake is the perfect answer to the cakeyness call. I’m fortunate to work right around the corner from The Buttercup Bake Shop in Manhattan, so when the urge strikes in the middle of the workday, I can e-mail my co-worker and fellow cupcake fan Zsuzsa and say, “Cupcake Time!” and not only resolve my craving with delicious precision, but I get a restorative stroll in some natural light, too.

The Cupcake is an ideally sized indulgence. A single standard-size cupcake is just enough sugary, moist cakey goodness to be pleasurable, and yet it’s impossible to go overboard on one cupcake and feel overstuffed. And the mere fact that icing exists on a cupcake is an irresistibly sensual detail that only a few desserts can claim. Sweets with a creamy center have a similar allure, but nothing beats icing, especially when it’s generously applied. And cupcakes transcend the limitations suffered by so many other desserts. A key lime pie can only ever be a key lime pie, but cupcakes are free to try on so many personas and mimic other classic desserts without losing their core identity as a cupcake. The Cupcake is the Madonna of the dessert world. It is constantly reinventing itself; simultaneously timeless and yet always breaking new ground.

I like to try new varieties when I see them, but I’m a sucker for good old-fashioned chocolate cake with vanilla icing. No sprinkles or superfluous decor, just plenty of yummy, creamy white icing.

See “What is the best thing about eating cupcakes?”


It’s probably been done somewhere by some clever baker – but I’d like to see a cupcake that is two varieties in one. Sometimes I have a hard time making up my mind. I hover over the bakery case for fifteen minutes hemming and hawing—chocolate, or red velvet cake? A combo-cupcake could be split perfectly down the middle, with the two types of cake like two abutted crescents baked together. And the top would be carefully iced with cream cheese icing on the red velvet side, and vanilla icing on the chocolate side. The combo cupcake would be to the bakery what the performer who dressed like both the bride AND groom was to those old-time traveling carnivals. Or like the Kandinsky in “Six Degrees of Separation:” chaos/control, chaos/control . . .

I buy my cupcakes. I enjoy the convenience of walking in off the street and declaring "I'll take that one." Sadly, I haven’t baked a cupcake since the early-to-mid ‘80s, when my next door neighbor Tracy and I would bake cupcakes on rainy summer days. Even as cranky teenage malcontents, the making of cupcakes was surrounded by a sense of the extraordinary. Realizing we were rained out of the pool for the day, flipping listlessly through the pages of Star Hits, inevitably one of us would cast a devilish sideways glance at the other and say, "I know what we can do . . . " An eyebrow arched. Two pairs of eyes widened and glistened, and in unison, two lusty whispers could be heard in suburbia: "Let's . . . make . . . CUPCAKES!" I have a very clear memory of cooling cupcakes strewn across the kitchen counter, wintergreen icing against rich chocolate, ten cupcakes spelling out C U R T and R O L A N D. A culinary tribute to Tears for Fears.

I have vague childhood recollections of helping my mother make cupcakes using Duncan Hines cake mix and canned frosting. My mother was a housewife and she had time to fully engage in those kinds of domestic "special events,” so to speak. Helping mom bake was definitely an occasion of note. The same kind of notable as when she'd announce that today was the day we were going to take out alllll the Fisher Price little people houses and lay out an entire village across the expanse of the living room—schoolhouse, fire station, farmhouse. It would keep us busy all day. Or when she'd decide to rearrange our bedrooms as a surprise for us kids. We'd come home from school and she'd open our bedroom doors with a game show glamour-girl flourish and it was like, bbbbbrrrrrringggggg! A brand . . . new . . . BEDROOM! Very exciting when you're twelve.

Well, I don’t know if you’d call this story fun, exactly. But these cupcake questions made me remember something cupcake-related I haven't thought of in ages. I once wreaked emotional havoc and stirred controversy among a bunch of anorexic girls by drawing a picture of a cupcake.

It was the mid-'90s and I was attending an outpatient program for eating disorders at the Renfrew Center. On weeknights, about eight participants had supervised meals, group therapy and art therapy together. I was the only compulsive overeater. My cohorts were all anorexics. I was also the oldest person in the group. At twenty-something, I'd gone into the program voluntarily and was fully present and willing to work. The others, except for one, were teenage girls, forced into the pricey program by their well-to-do parents. They were rebellious, apathetic, disruptive, childish, unpleasant. And while I acknowledge the sadness at the core of their shared disease, at the time, I had the distinct impression that every last one of them was a spoiled brat. So here I was, a fat, earnest woman among a bunch of eye-rolling, self-righteous, midriff-baring 16-year-olds and one unlikable 22-year-old woman; a shameless gold digger who was constantly trying to gauge each attendee's wealth with questions about where they shopped and vacationed. And I remember this, too: she loved trying on everyone else's jewelry. And there seemed to be a lot of diamond tennis bracelets in that little room.

So anyway, one night during art therapy, a Tupperware container of colored pencils was spilled out onto the table and we were asked to draw how we were feeling "right now.” Well, I must've had it with Camp Hamptons that day. At the end of ten minutes, I found I'd drawn a plump, fleshy pink humanoid dollop with a baby's head nestled into a crimped pastel cupcake wrapper. It was sucking its thumb and had the Calvin Klein "CK" logo etched into its chest. Its head was crowned with drippy pink frosting and a birthday candle.

When it was my turn to show and tell, I said very little, really. I described my Cupcake Baby nonchalantly, in abbreviated terms. Just the facts—"And this is a Calvin Klein logo on her chest." I related her to nothing in particular. Our therapist, however, was trying hard to turn down the high beams of her amusement, but I could still sense her psychic high-five.

And then, an entire table of overprivileged anorexics burst into guilty tears.

"I'm not spoiled, I'm not!" one girl wept bitterly. "You make it look like I don't care about other people, but I do!" wailed another. Catharsis erupted from every direction. "You know, I like to have nice things, I do, OK? But it's like, hard for me to make friends too, you know? I have to look good so other people will like me." "I can't help the way I am. I don't know how to be any different."

From beside me, the gold-digger sobbed. "I am not a shallow, money-grubbing person," she volunteered. "I want to be loved, too. But I am NOT going to be like my mother and embarrass myself and live in a trailer park and shop at K-mart and lose one of my two front teeth before I'm forty. I won't! I'm going to live with decent people and hold my head up and look good. I am not a bad person. I am not a bad person!"

The therapist then asked, "Kim, what do you think of the group's reaction to your artwork?"

I was serene. "Well, I find it interesting that everyone seems to think this drawing is about them." I said, glancing around at the tear-streaked faces. "I never said this was a drawing of anyone here. So I suppose I just find it fascinating that everyone at this table saw themselves in this cupcake."

There was some uneasy shifting, a few downcast eyes, and an unmistakable feeling of being in new territory. It was as if a quick, brutal, much-needed August rain had passed through and left behind piercingly clear air—as well as a few new puddles to teeter around.

I feel genuinely flattered to be included on this lovely little blog, and I thank you so much for inviting me!
cupcake interview