WIN a copy of Ian Jackman's Eat This

Every day this week Cupcakes Take the Cake is giving away a copy of Ian Jackman's new book Eat This! 1,001 Things to Eat Before You Diet. Of course cupcakes are a part of it, and here's what he has to say about our favorite dessert: How to win? Leave a comment here: What's your favorite bakery (in New York or otherwise)? Different questions every day, one winner a day, picked randomly from the comments. You can also buy the book from Amazon. 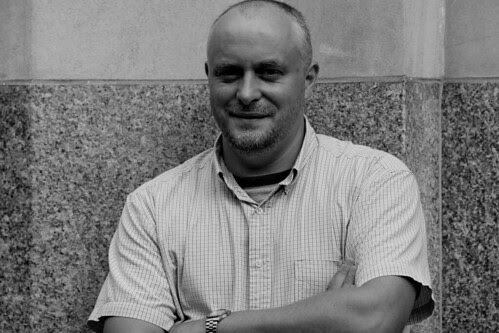 There are four birthdays in my family and a good few have been celebrated in recent years with a cake from the Cupcake Cafe. For years the cafe stood on 39th and Ninth Avenue in Manhattan until it moved across the street to larger premises. My wife loves good cupcakes. To her, they're little vehicles of happiness. The very word alone makes her smile because they're so closely associated with childhood, with her own and with our kids.' Other cupcake places in New York have their adherents. There's Billy's in Chelsea, and the Magnolia Café in the Village, which is now a stop on the Sex and the City coach tour. I find their frosting too sweet, but that's just me-they have thousands of devoted adherents.

Ann and Michael Warren opened the Cupcake Cafe in 1988 and although the neighborhood has changed greatly in the intervening years, there's still a little bit of the devil in Hell's Kitchen back behind the ugly bulk of the Port Authority Bus Terminal. You have to invest some time in your cake because you must call ahead and then show up at the bakery and pick it up (no delivery), but no subway ride home is more pleasurable than one when you've found a seat and you're clutching a Cupcake Cafe box to your knees.

I was in the area with my friend Dan and I said I needed to stop in to pick up some cupcakes for research purposes. You go ahead, Dan said, determinedly. I had a cup of coffee and a big, messy jelly donut that left powdered sugar all over my face before I checked out the cupcakes. You don't need a fancy showcase for the little works of art they turn out at the Cupcake Cafe. Dan's resolve had crumbled instantly and he was choosing between the cakes decorated with irises and those with roses. They weren't for him, he assured me.

The large cupcakes I picked up at the Cupcake Cafe were $3.25 each. They're a couple of inches across and I guess you could say they'd serve two, but it requires an extraordinary feat of self-abnegation to eat just half of one. Before you eat the cake, look closely for a second at the floral arrangements that make up the decoration. There is an effect of shading and gradation of color on the frosting that give life to the petals and leaves. You feel bad, for a second, cutting into what looks like a tableau vivant, and then you bite into it. The butter cream icing is impossibly luxurious and the cake dense and substantial. If you look in the Cafe's recipe book, you'll see that frosting a ten-person cake takes, among other things, two-and-a-half pounds of butter, and that one of the ingredients of the cake is buttermilk. But no mind-this is a special occasion, right?

The larger cakes come in many combinations of cake, filling, and frosting. A nine-inch cake, which serves twelve to twenty, starts at fifty-five dollars. The Cupcake staff tells you how to care for your cake-don't carry the box by the string for starters. The advice includes taking the cake out of the fridge an hour before you want to eat it. But the way I like to eat the cake after the party is to slice it right out of the fridge. When it's been chilled overnight you can cut the cake in almost translucent slices about half an inch thick. Rationed like this, you can make it last perhaps one day more.
cupcake bakeries cupcakes in pop culture

wootang (Terry) said…
My favorite cupcakery/bakery would have to be Dainties in L.A. Each frosting is whip cream based. So, there's a mousse texture. And hey, I hear they're also good enough for Tyra Banks.
8/20/2007 12:19 PM

Anonymous said…
I love the perfectly pink frosted cupcakes at Podunk, on East 5th Street in Manhattan. The frosting is not too sweet and the cake itself has that perfect slightly crunchy and carmelized lip that tells me it's a quality cupcake. They often sell out of these, so go early!
8/20/2007 12:58 PM

Anonymous said…
I'm on a cupcake MISSION, which started in NY, but has continued in CA. I write stupid rambling reviews of every cupcake I eat, so, instead of proposing one of two bakeries, I'll leave the whole dang list. I like to pretend spending so much time on cupcakes makes me awesome, but really, it's more like chubby...
8/20/2007 1:16 PM

Jenna Z said…
I am generally disappointed by bakeries, most being either pretentious cake-artistry places or terribly bland mundane cupcake and cookie type places. But I do love a cute little downtown place called Pekara here in Champaign. Lovely baklava!
8/20/2007 1:18 PM

KellytheCulinarian said…
As I'm in Tucson at the moment, I'd have to nominate Sweet Things. They don't have a store front at the moment but the owner, Jenny, makes the most amazing cupcakes. I went to an event she did on Sunday and she had a stunning 200-cupcake tower with a Western theme. There were three varieties of cupcakes and each one was rich, moist and almost creamy in texture. I wish I had an event where I could make an excuse to order one of her creations!
8/20/2007 2:40 PM

Lydia and Kevin said…
Here in NYC I'm never disappointed with Billy's Bakery. There's never a line and the cupcakes are always incredibly fresh! I've even been impressed with some of the other desserts (when I've been brave enough to venture away from the cupcake...)
8/20/2007 2:44 PM

Carolina Girl said…
I just made the sojourn to Cupcake Cafe on Saturday - since I got lost - I ended up going by Cupcake and Burger - and couldn't resist a couple of those. Cupcake Cafe were of course far more beautiful - but the flowers with dark decorations - leave a bitter after taste because of the die in the frosting. But Burger and Cupcake had a moist delicious cake. Not fancy but yummy.sdjzs
8/20/2007 4:34 PM

Susy K said…
My favorite cupcakery is my kitchen, because all my ingredients are fresh, and nothing I have had at any bakery tastes better. Sorry. I hope this answer doesn't disqualify me!
8/20/2007 5:49 PM

Heartshpdbox said…
I'd have to say my favorite bakery is Peschell's Pastry Shop in my hometown. I have to give props since they always gave me free cookies when I was little so my loyalty is to them. :D
8/20/2007 6:48 PM

dailycraft said…
Sprinkles in LA. I've tried quite a few cupcake shops in LA, but they're still my favorite. They're cupcakes are just so rich flavorful, and moist!
8/20/2007 6:58 PM

Amanda said…
My current favorite cupcakery is Burgers & Cupcakes. Their pro-cupcake attitude is so rapturous that I've never even ordered anything else from the menu. The banana carmel cupcake is to die for and if you are lucky, the talented artist, Jesse Schoem, will wait your table with his brown tie tucked carefully into his pink shirt. It's not just a cupcake, it's an experience!
8/20/2007 7:42 PM

Unknown said…
I guess I'm late for Monday's question, but I wanted to answer, anyway. I live in Phoenix, and cupcake shops are blooming in the desert!

For cupcakes, my favorite is Let Them Eat Cake. For cupcakes, they have a set daily menu, including Boston Cream Pie. I hear LuLu's has awesome cupcakes, too, and I definitely want to check them out soon!