Posted by Rachel on March 30, 2008
From Flickr user creamycakes who says:

These are Vanilla Butter cupcakes topped with Blueberry-White Chocolate Mud Frosting topped with some White Sugar Sprinkles. The texture was literally like a mud. This has got to be one of my favorite flavors. 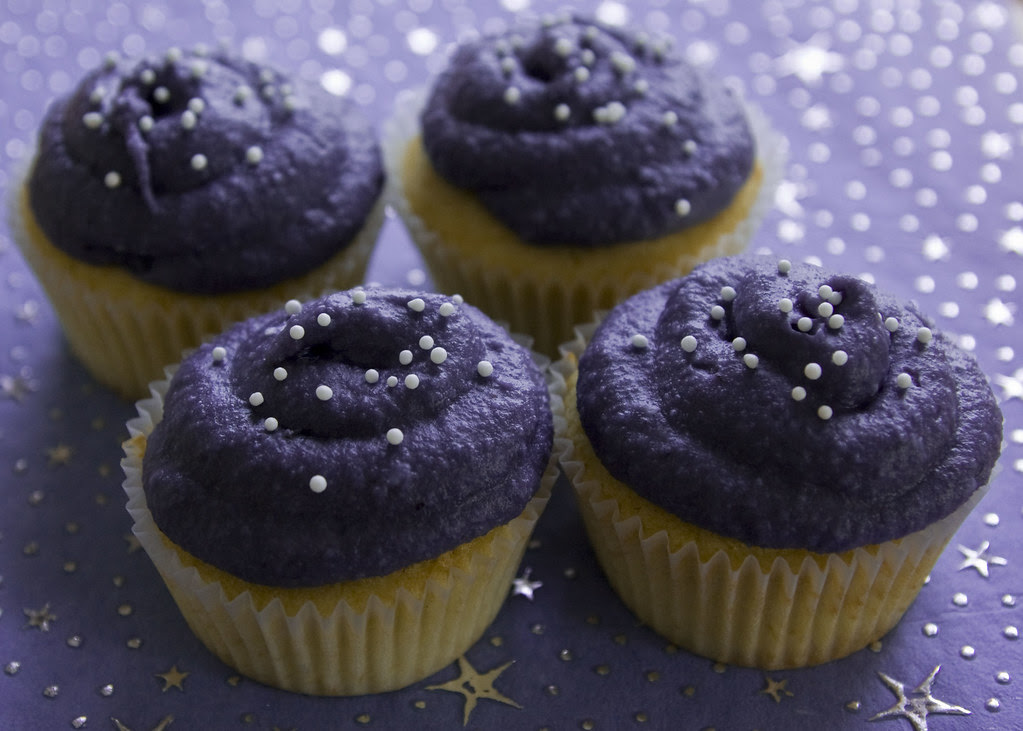 From her blog My Little Kitchen:

...Since the blueberry itself was very tasty already, I thought of making topping it on a plain butter cupcake.

So I then made the vanilla butter cupcakes which were out of the oven after 20 minutes of baking. As for the frosting, I made made some white chocolate mud icing and folded with it half cup of the blueberry filling. The resulting emulsion turned into a slightly violet/bluish mixture and the texture was like a mud. I then topped the cooled cupcakes with the frosting and decorated it with white sugar sprinkles for some color contrast.

The photo does not do justice to how the cupcakes tasted like! It was bursting with flavors from the blueberry and the slight whisper of the white chocolate. It's now one of my favorite flavors and definitely a keeper!
cupcake blogs

Jessica said…
Those look delicious!
Good idea to mix with blueberries.
Is there somewhere I can find the vanilla batter recipe?
3/30/2008 9:44 PM

fwickafwee said…
I just found your blog by following links through del.icio.us and really enjoy it! I like the entries and comprehensive link list! great blog, thanks