My review of How Sweet It Is, Lower East Side (NYC) bakery 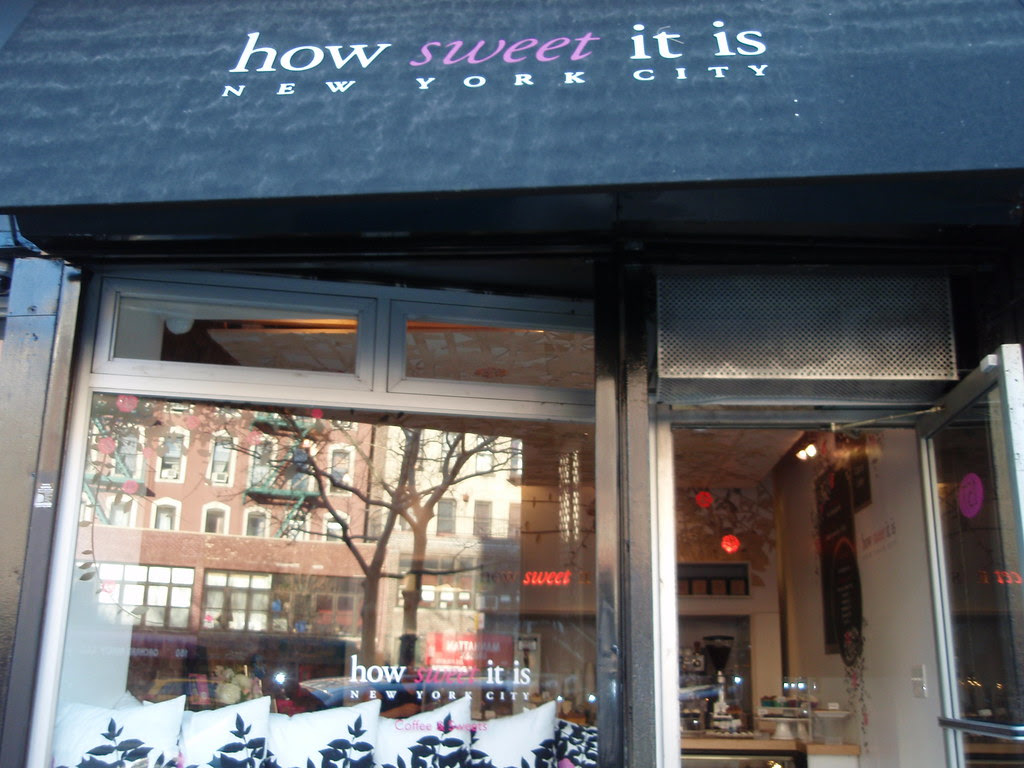 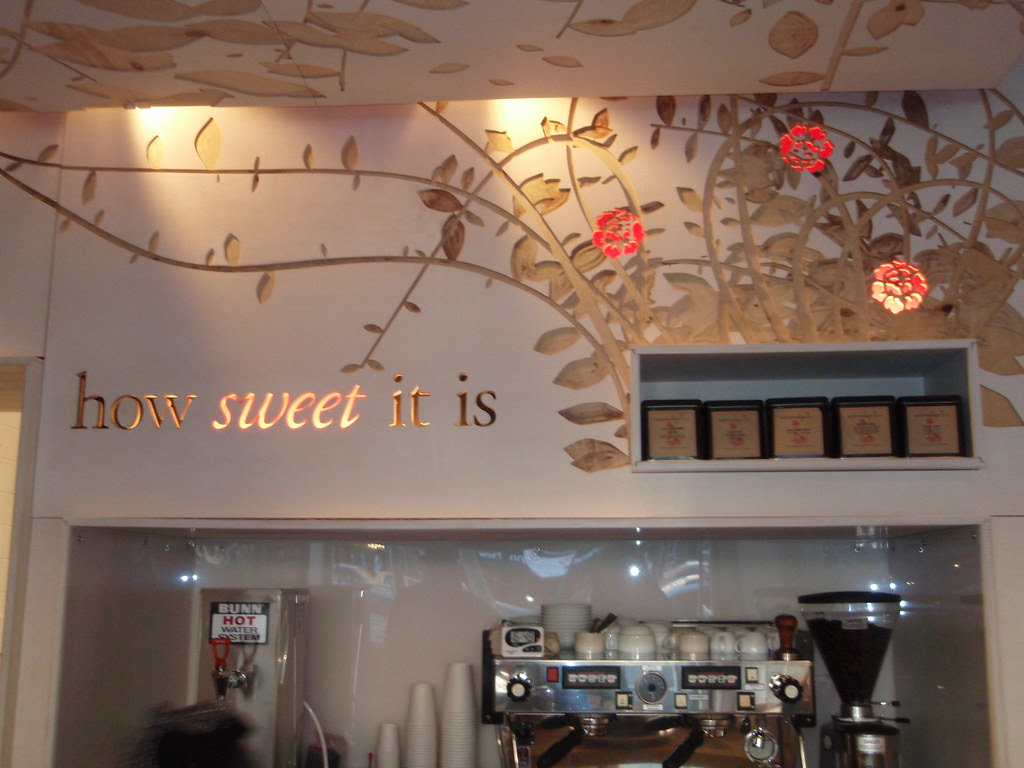 How Sweet It Is was one of the bakeries whose boxes were on display when we went to the Martha Stewart Show taping. (See how important packaging is?)

I had passed by this tiny Lower East Side bakery many times but hadn't tried their cupcakes, so I decided to sample them. I didn't realize when I bought them that they were filled cupcakes, meaning some of them were very gooey. I also didn't catch the names of all of them, but I definitely had the Nutella cupcake, which at $3.75 was the priciest but also the most intense. Indeed, the frosting was Nutella frosting and I believe the filling was pure Nutella. Thank goodness I was sharing this one! It's amazing, but also totally intense, a real sugar/chocolate high.

Funnily enough, my other favorte was their carrot cake cupcake, even though I'm not generally a carrot cake fan. I liked that it was moist and not too sweet, and didn't crumble. Some of the other cupcakes crumbled a bit too much for my liking. The frosting on a few that I tried was very buttery; kindof like the ones at Cupcake Cafe, but not quite that far. Personally, I don't like to taste the buttery-ness as much, and with these, a little frosting went a long way. Their chocolate frosting was melty and gooey and wonderful, and that cupcake was also filled with some sort of chocolate cream.

Overall, I think these are great cupcakes, but at $3.25 each, I'd generally prefer sugar Sweet sunshine, which is only a few blocks away, with cupcakes for $1.50. Granted, those are much simpler. These are great for parties or if you're in the mood for a super rich cupcake, but just know that it's a lot to take in. The shop itself is lovely, with the decor matching their pink, black and white color scheme.

If you've tried their cupcakes, let us know how you liked them in the comments. 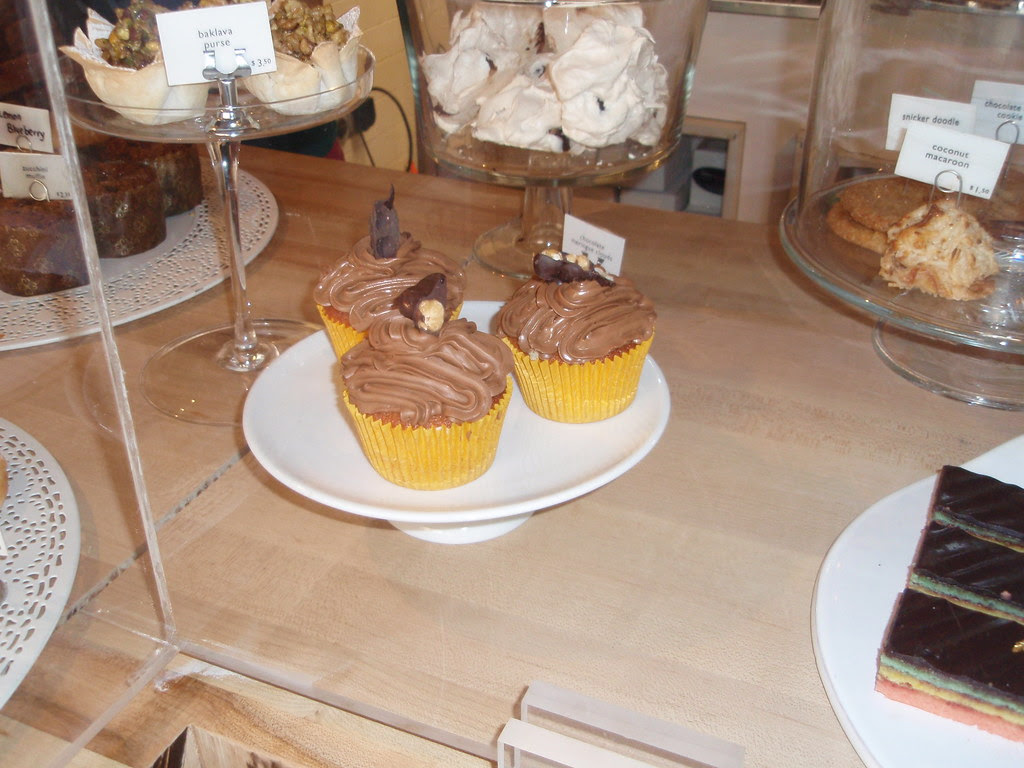 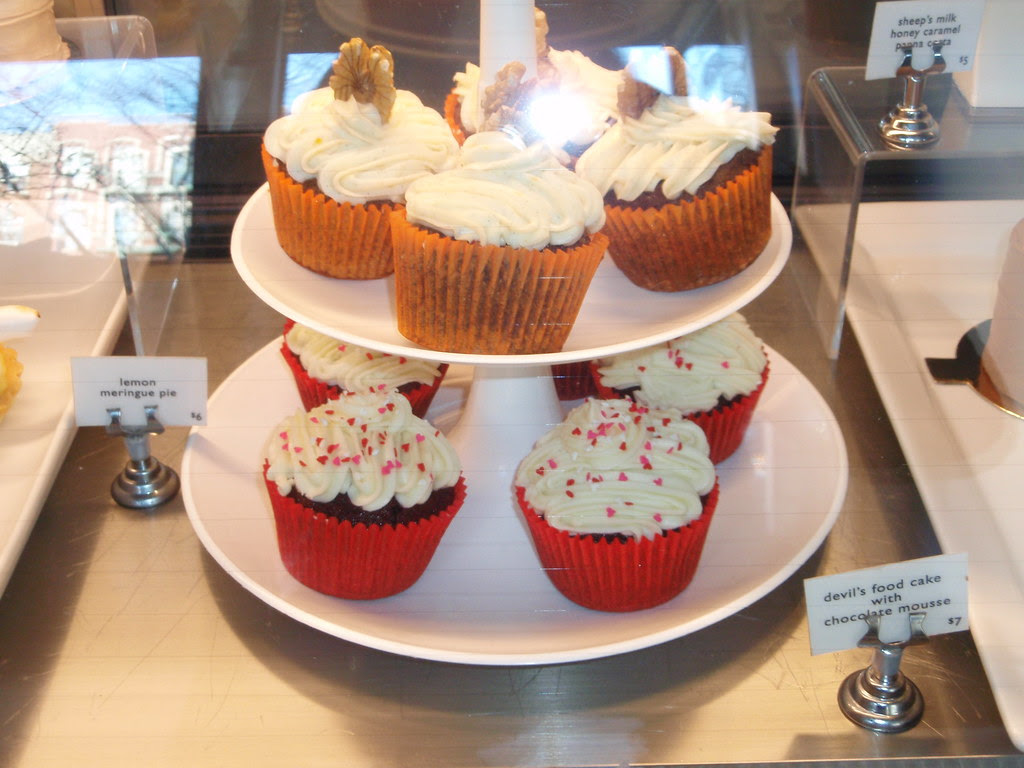 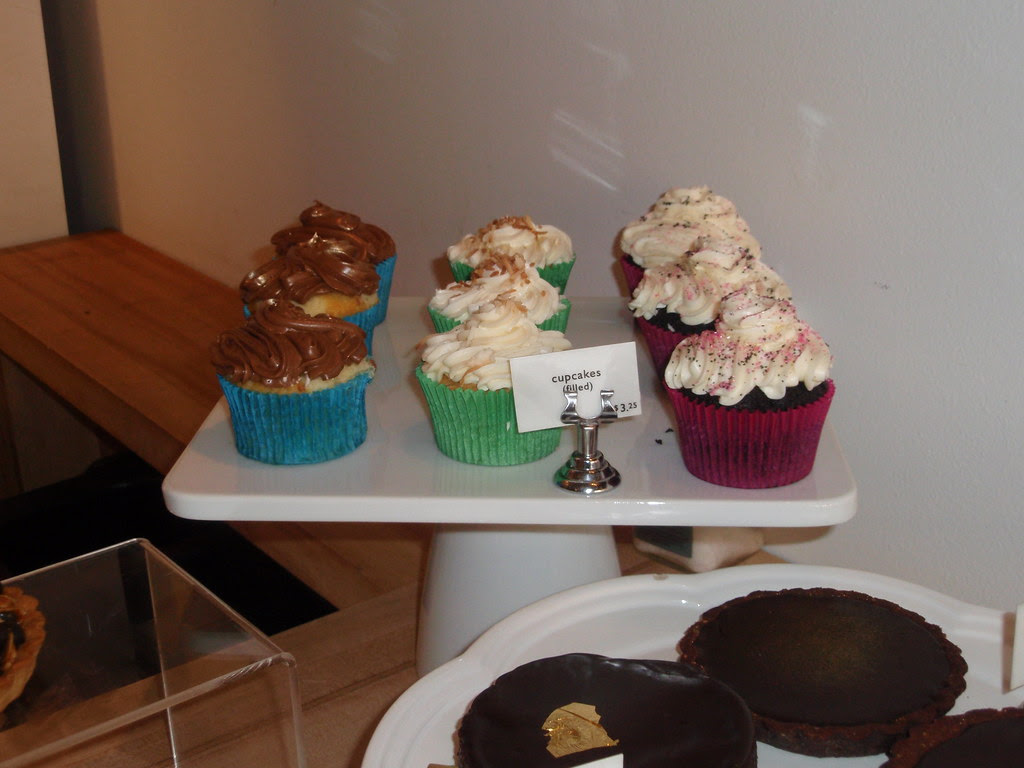 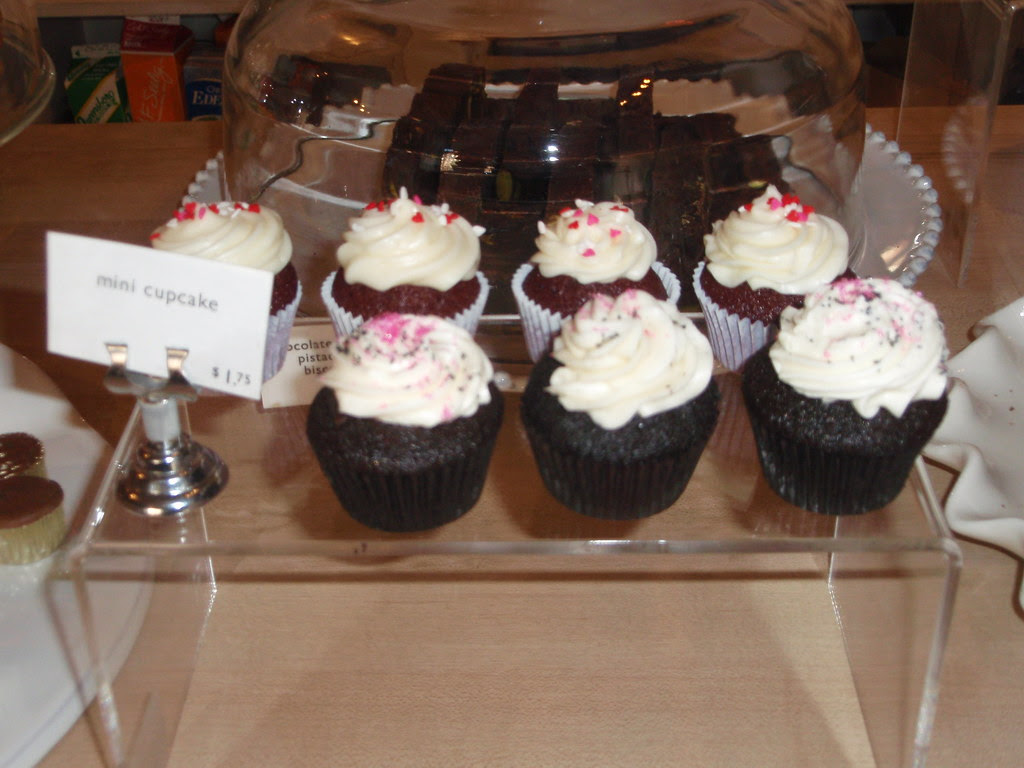 Mini cupcakes - I didn't try these but they look great

Here's what blogger The Wandering Eater had to say about their cupcakes:

I’ve had one too many cupcakes in my life where cupcakes were bone-dry, tasteless, and terribly sweet that my teeth aches in pain from the frosting. But this doesn’t have any of those aforementioned characteristics. The Devil’ Food cupcake is very light, ridiculously moist (in a good way), chocolatey, and filled with the creamiest chocolate mousse I’ve ever tasted in a cupcake; all topped with light, airy, vanilla buttercream. The most surprising thing to me is that the entire cupcake wasn’t cloyingly sweet (especially the frosting), and the cake is very tender and light. This is the closest to the best cupcake I’ve eaten so far.

shellyP08 said…
My sister and I recently did our own Cupcake tour of New York. (FYI, The winner was Cupcake Cafe.) I was visiting from Hawaii and saw the Martha Stewart show that featured this bakery. The cupcake that brough us to the bakery, the Mexican Chocolate was disappointing. Luckily we split 2 and the other was the Chocolate Mouse with buttercream frosting, which was very good. With that said, and for many reasons I would not return. One of which being that I was traveling with my son who is in a stroller and the shop was not kid friendly. In fact, the girl seemed annoyed that I brought him in with us. What kind of bakery doesn't want kids inside? Not a bakery I would recommend.
10/10/2008 3:19 PM