Posted by Rachel on March 31, 2008
Montreal's Clever Cupcakes makes some incredibly gorgeous cupcakes. Some of you may have seen some of these earlier in the week, we had accidentally mixed up the attributions to them. Do check out their site, linked above, and their Flickr photos.

They really go all out, and whether it's mint green cupcakes for St. Patrick's Day or some of the ones you can see below, these are clearly very memorable cupcakes. They also have free delivery to most addresses in Montreal, and work with their customers to create the exact cupcake that suits them (they also feature classic cupcakes and wholesome cupcakes, see their site for details).

I can't decide which I like best, but these flower and teapot cupcakes are right at the top: 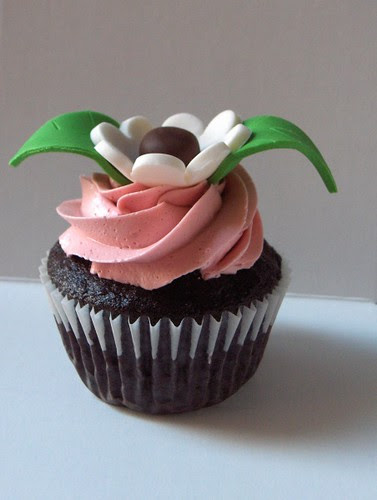 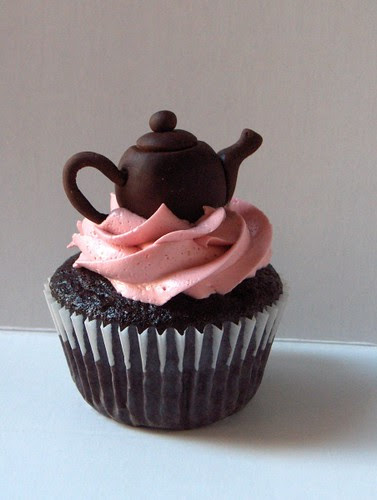 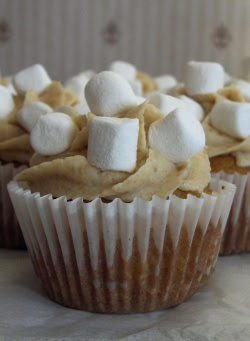 And ones they are very excited about, their recent Montreal Fashion Week cupcakes: 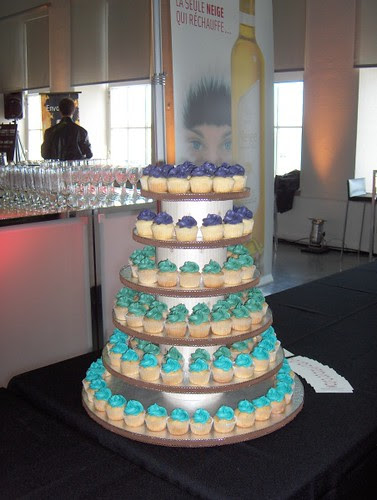 The best part was watching the models eat cupcakes! 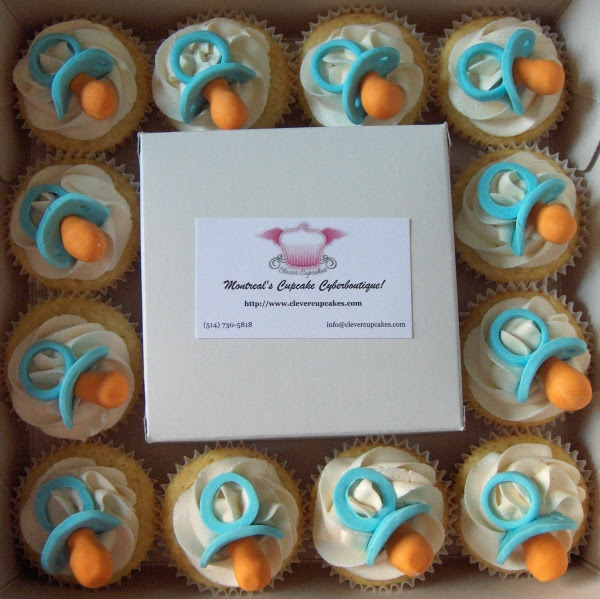 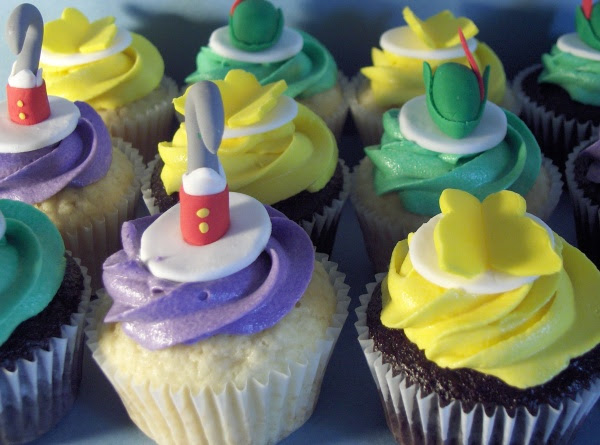 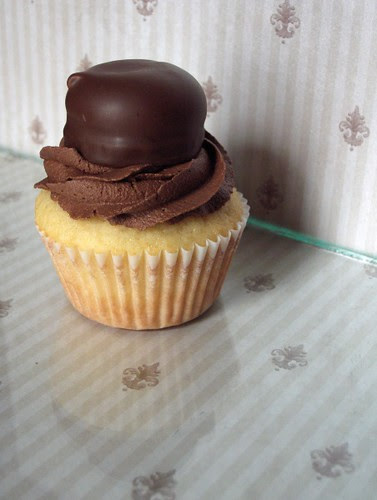 Vanilla cupcake, with chocolate buttercream, and Whippet on top!

A whippet is a cookie that is only made in Montreal. It consists of a biscuit base topped with marshmallow and then coated in a hard shell of pure chocolate. Since the coating is pure chocolate, it is very prone to melting, and as a result is available in very few areas outside of Montreal. Many people eat whippets in a ritualistic fashion. A common method is to smash the marshmallow side of the cookie on your forehead to break the chocolate coating before taking your first bite. I am not sure this would be an apt way of eating a Whippet Cupcake though since most of the frosting will likely end up in your hair rather than in your mouth!
cupcake bakeries

The Downtown Boutique said…
I'm really not so happy that I found your blog. Now I am craving sweets...cupcakes to be exact! Why do you have to do this to me? It's pure agony! Don't you know I'm trying to lose weight?

All kidding aside, I LOVE this blog! I want to try my hand at reduced-sugar cupcakes. I learned cake decorating as a 14 year old, so I can still remember some of the basics.