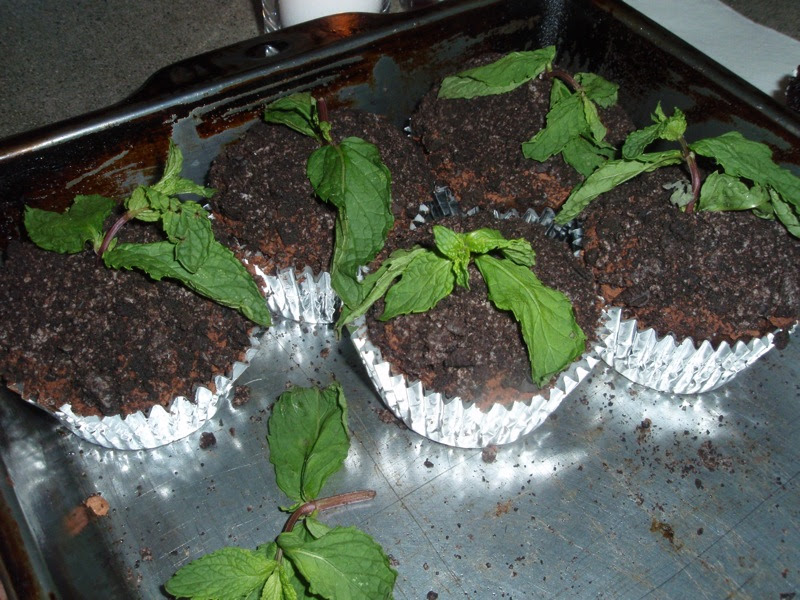 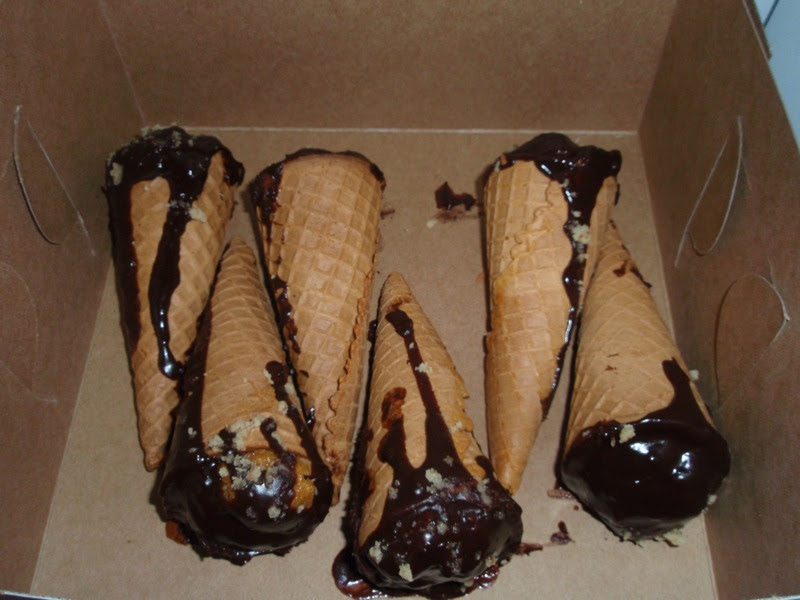 From Rachel: I'll be upfront and say I'm going to miss a few things, being that there were SO many people there last night and soooo many cupcakes. Seriously. It was awesome. I also have a bunch of video interviews coming soon with judges and bakers. If any info is incorrect or you have photos to share, drop me a line at cupcakestakethecake at yahoo.com

So here's a brief attempt at a recap; over 90 photos I took are in this Flickr set.

Like any event, the best part of this was not the cupcakes (though they rocked), but the people. I got to meet in person Brownie from the awesome blog Blondie and Brownie. Here she is pictured below and you can read her recap here. 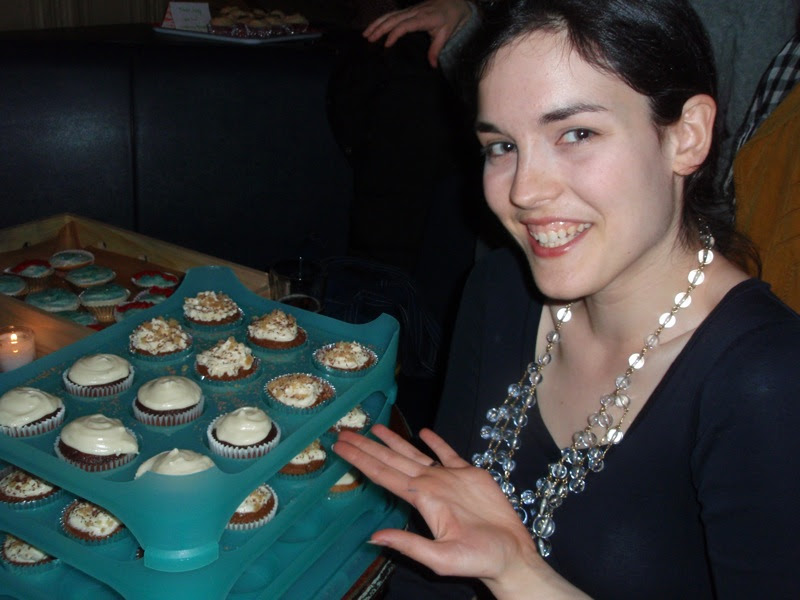 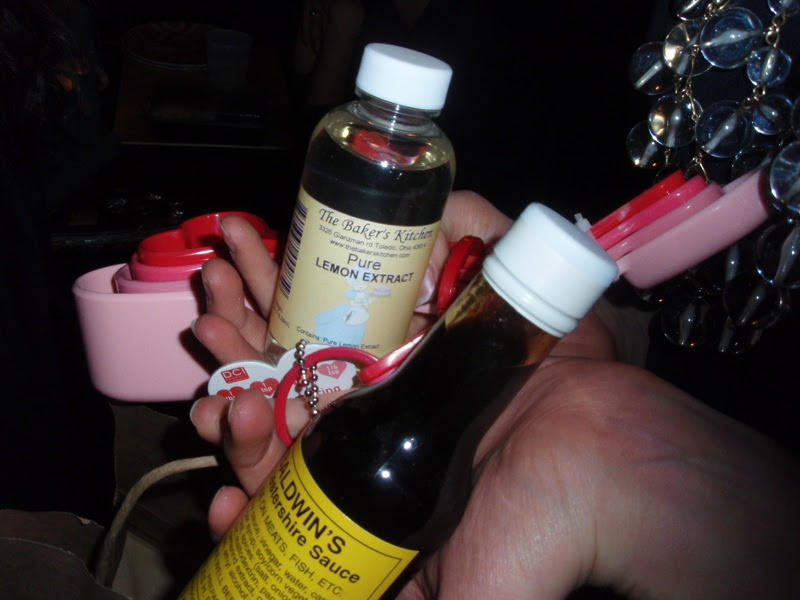 There was total cupcake madness as Morrissey serenaded us while 29 (I think?) entrants and their friends/supports filled Union Pool with cupcakes upon cupcakes. There were ice cream cupcakes and mint julep cupcakes and champagne/pear cupcakes. There was a cupcake called "I Can't Believe I Moved to Bushwick for You" which was a red velvet cupcake with strawberry cream cheese and strawberry rhubarb pie filling! There was a cupcake team t-shirt for "Team Vallen." There were vegan cupcakes and dirt cupcakes and oh so many more. I kept saying I'd had enough, then wanted to try just one more. There were entrants from last year and in the crowd was Cathy from Not Eating Out in New York and Zach from Midtown Lunch. One entrant even told me they don't actually like cupcakes (but I'm keeping their name a secret). 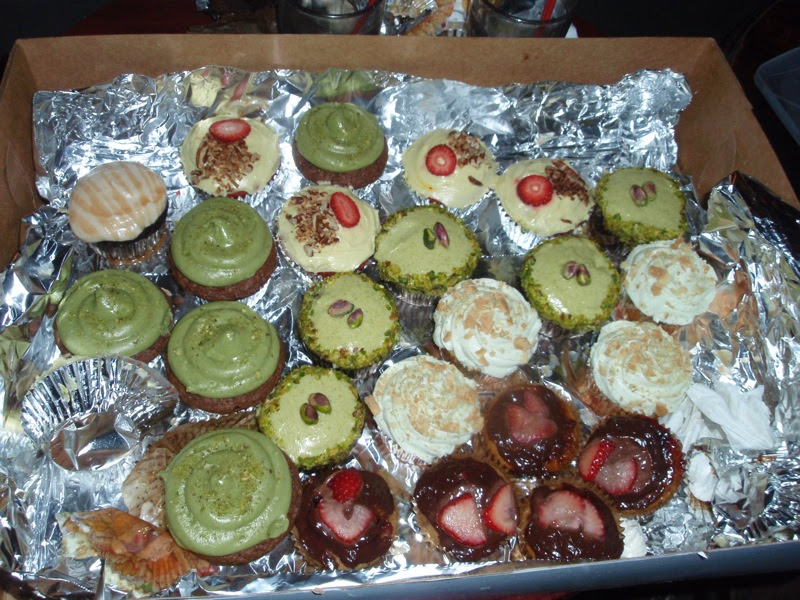 Random cupcakes at the end of the night

These cupcakes below won for plain decoration (#2 was pistachio cupcakes). These are them on the outside, with gold Kennedy coins (made of chocolate), and the inside were rainbow velvet: 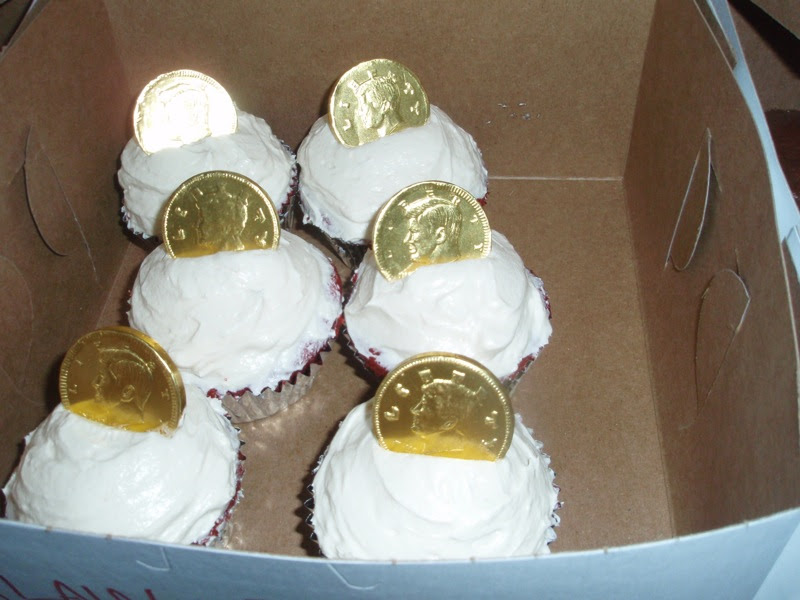 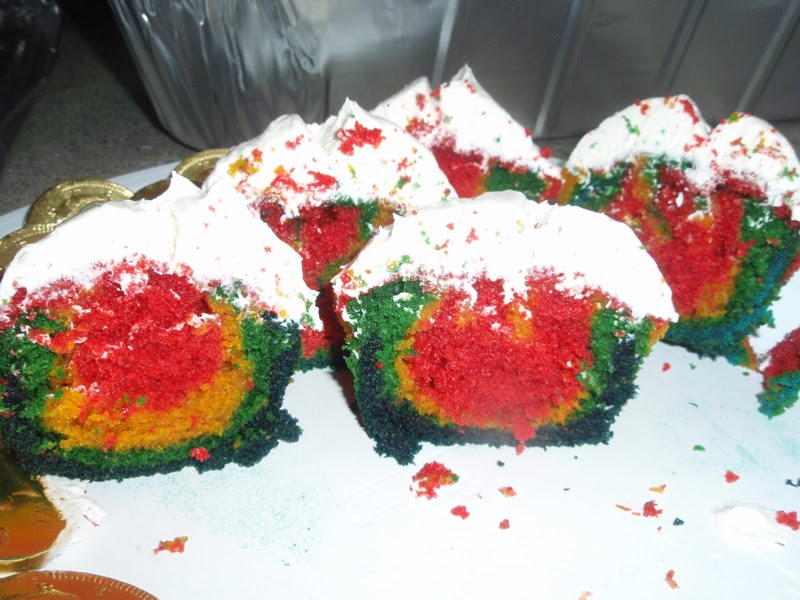 Michele impressed me with these green tea cupcakes (which I didn't get to try) because she had just heard about the cookoff at 3:00 that day and whipped up these chocolate pistachio cupcakes with green tea cream cheese frosting. She had just come back from Hong Kong and had green tea powder in the house. She made up the recipe (she's a culinary school grad) but says she rarely bakes. 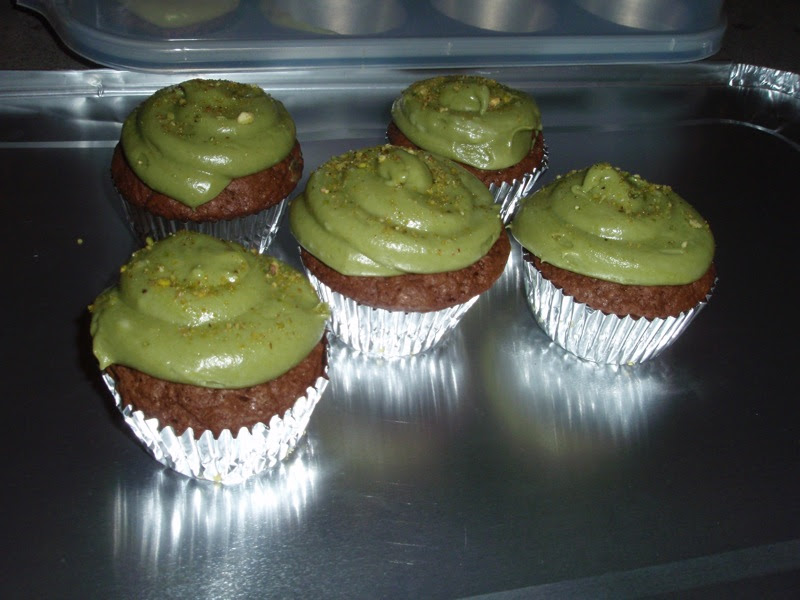 These S'mores cupcakes were my personal favorites of the night. They had a fudge pie base with toasted marshmallows and graham cracker. They were a late entry and still warm and gooey and DELICIOUS. Sarah, who made them, sells custom pies, cookies and cupcakes. 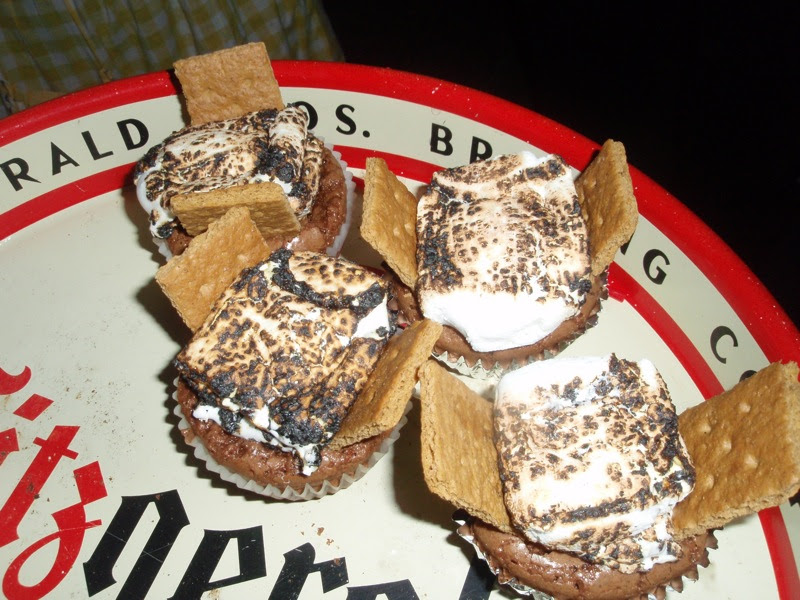 The Best in Show winners were:

Congratulations to all the winners! And of course, you are all invited to bring cupcakes (or just yourselves) to our June 14th picnic in Central Park! 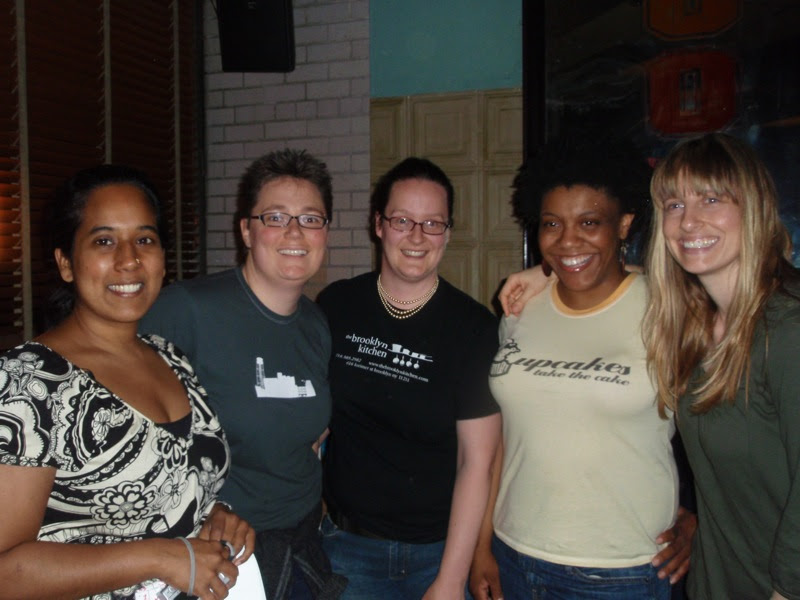 The event was also a fundraiser for the Greenpoint Reform Church. (Interview with more info coming soon) You can donate online or:

Write a check payable to The Greenpoint Reformed Church. If you want your donation to support a specific program (eg. the food pantry) please note it in the memo field. Send donations to: