Posted by Rachel on August 29, 2008
It's always a good time for S'mores cupcakes, I say, so here's a selection followed by a recipe. Happy Friday and Happy Labor Day weekend everyone! 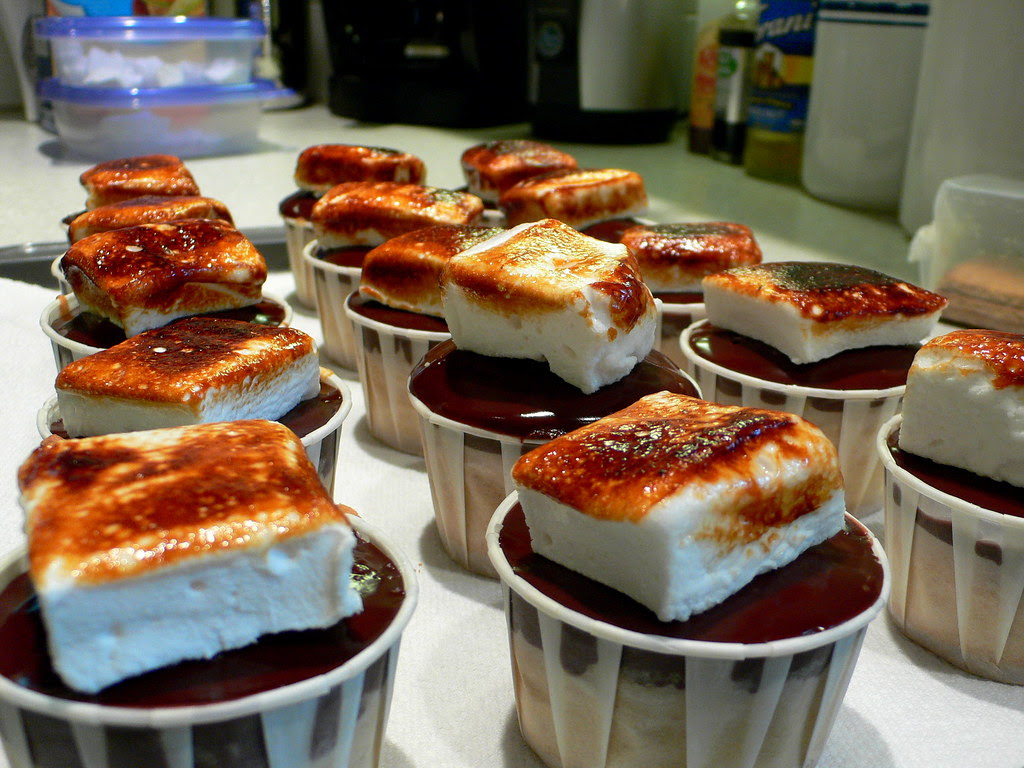 Recipe for the above is from Chockylit with the following adaptations:

Butter for cake batter reduced to 1 stick.
Ganache added to cupcake filling (in addition to the marshmallow).
Cupcakes refrigerated after filling and icing to give the ganache a nice finish.
Medium to large topping marshmallows.

from Flickr user GinaMig of the blog Cake Crazed 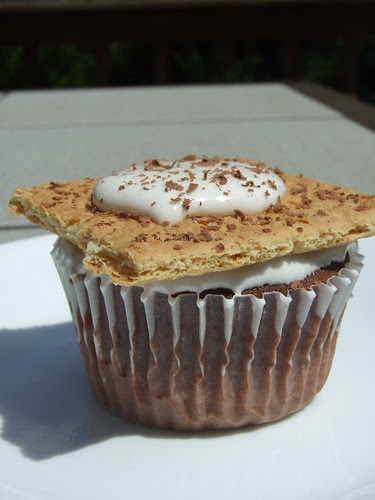 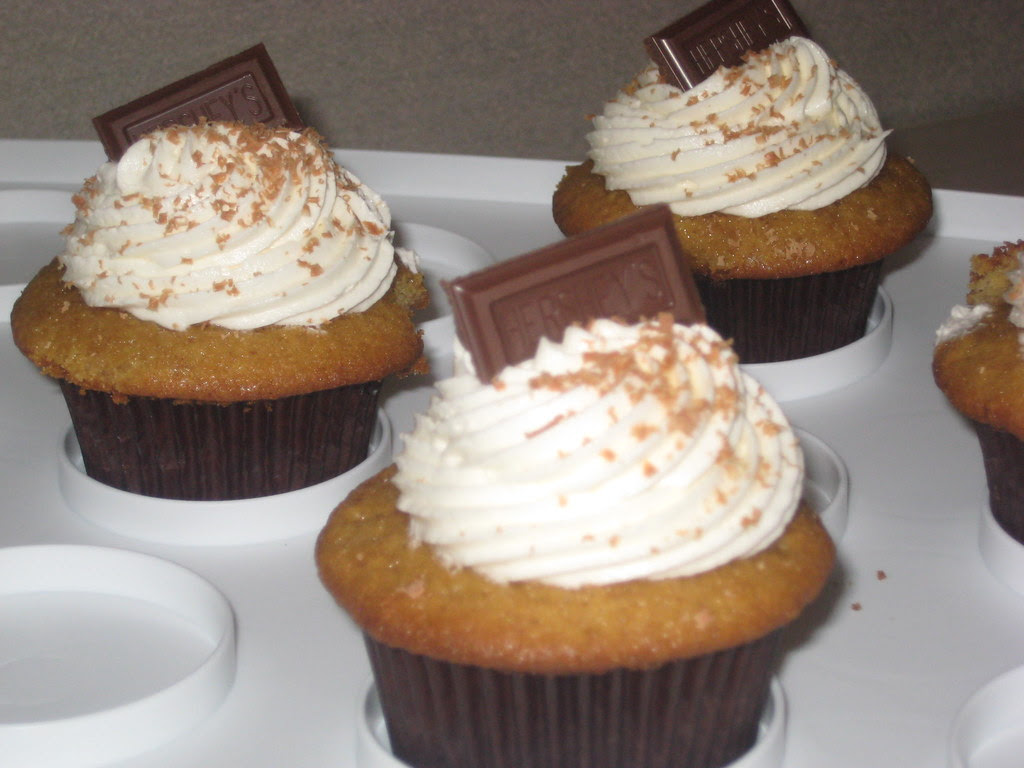 This one is from Minneapolis bakery Cupcake, and is a s'mores cupcake I've actually tried twice. And all I have to say is, if you like marshmallow and s'mores, it's worth going to Minneapolis for this. It's that good. For me, it's something about the gooeyness of the marshmallow that makes it perfect. photo by Aaron Landry

1. Preheat oven to 350°F.
2. Mix flour, crushed graham crackers, baking powder, and salt together and set aside.
3. Cream butter and sugar until light and fluffy. Add eggs, one at a time, mixing well after each addition. Add vanilla. Alternately add flour mixture and milk and beat until batter is almost smooth. Fold in chocolate chips.
4. Spoon batter into cupcake papers, filling cups about 2/3 full. Bake for 20-25 minutes or until a tester inserted into the center comes out clean (Mine were done at 16 minutes). Remove from oven and cool.
5. To make the frosting: Combine egg whites and sugar in the top of a double boiler (or a glass bowl over but not touching a pan of simmering water). Whisk constantly over medium-high heat until mixtures reaches 160°F, about 5 minutes. Pour egg white mixture into the bowl of a stand mixer fitted with the whisk attachment. Beat on high for 6 minutes or until room temperature. Add optional vanilla extract 1 teaspoon at a time until desired flavor.
6. Frost cooled cupcakes and sprinkle with grated milk chocolate or graham cracker crumbs.
cupcake recipes S'mores

Rachel said…
I'm so glad you posted this! I've wanted to make s'mores cupcakes for so long but have been overwhelmed by how scattered all the recipes are. It's nice to have so many different ones all in one place.
8/29/2008 11:19 PM

Cupcake Activist said…
I tried the s'mores recipe over the weekend and they turned out great! I sprinkled graham cracker dust on top and added a square of a Hershey's chocolate bar. I brought them to a party and they went fast. Check out my blog for pictures!
www.cupcakeactivist.blogspot.com
9/29/2008 12:49 PM