Mini cupcakes at the Confetti Cakes for Kids party

Posted by Rachel on November 15, 2008
On Tuesday, I attended the book party for Elisa Strauss's Confetti Cakes for Kids at Dylan's Candy Bar (home of the $300 cupcake sweater). It was a lovely evening, as it always is at this candy-filled shop, with purple M&Ms, adorable cakes in the shape of a backpack, a train, and more, plus these mini cupcakes: 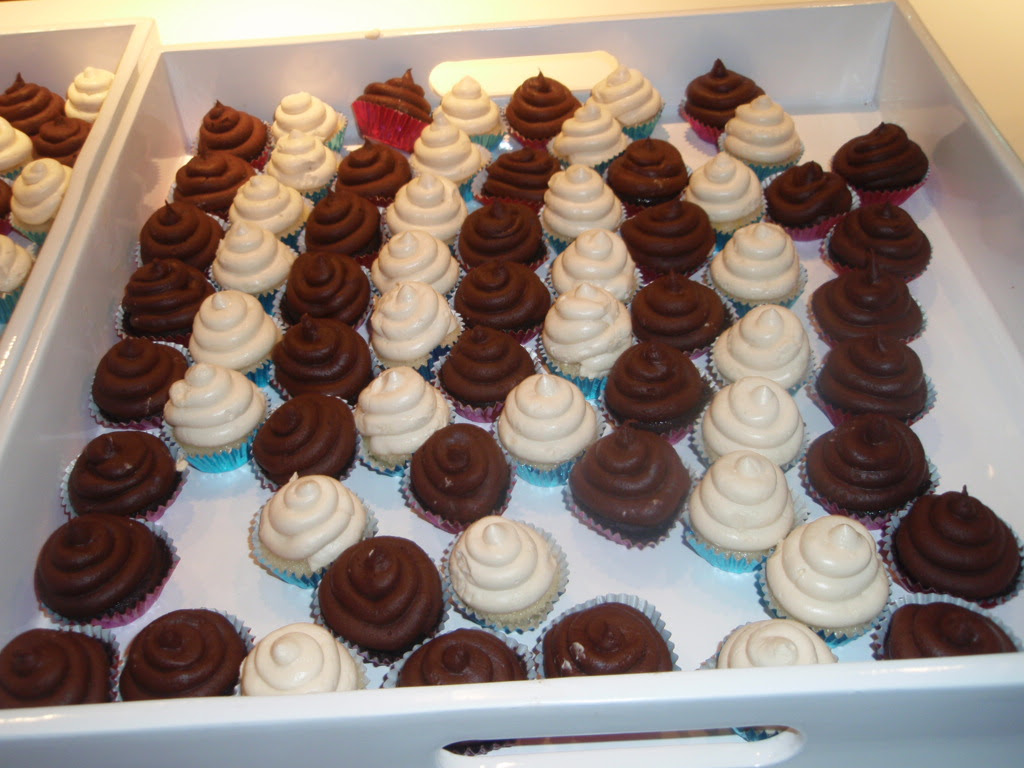 At first, I actually thought these might be mini chocolates, but they were indeed cupcakes. The chocolate one I found a little airy, but the vanilla one was delicious, with a hint of lemon in the cake (could have been my imagination, but I don't think so) and a wonderful, almost meringue-esque frosting. I had seconds. 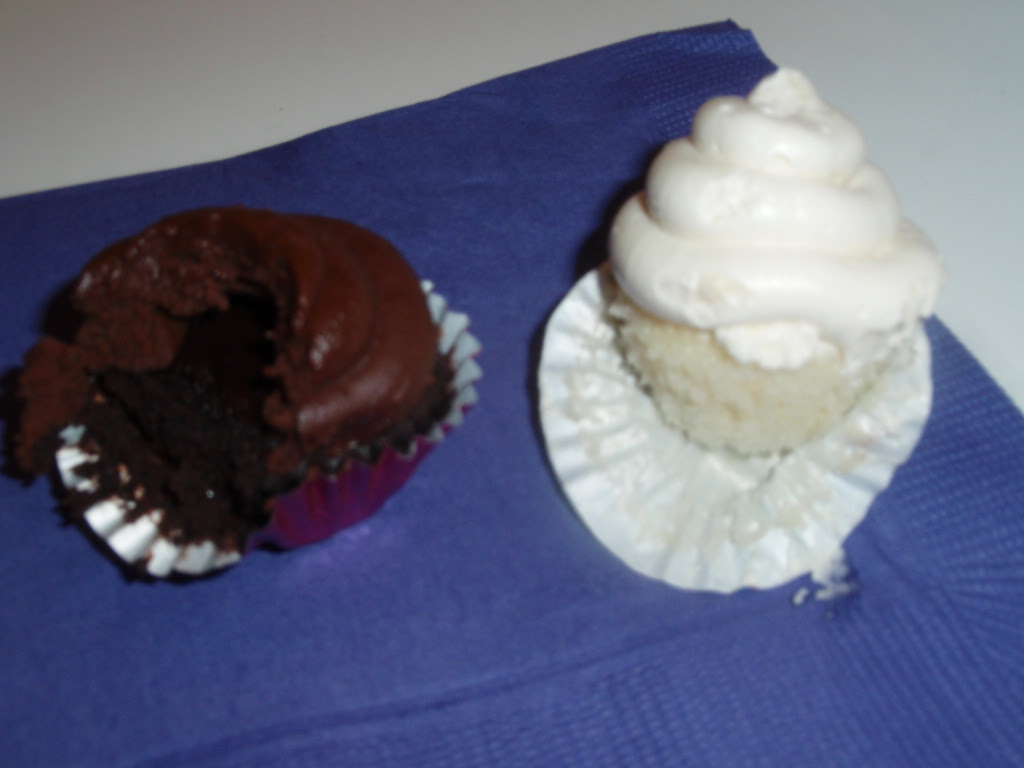 I also discovered that Dylan's sells Crumbs cupcakes in their cafe, as well as gigantic candy apples (yes, I had one).

I was also impressed with their packaging for the take-home cupcakes, and when I was encouraged to take several, I did. 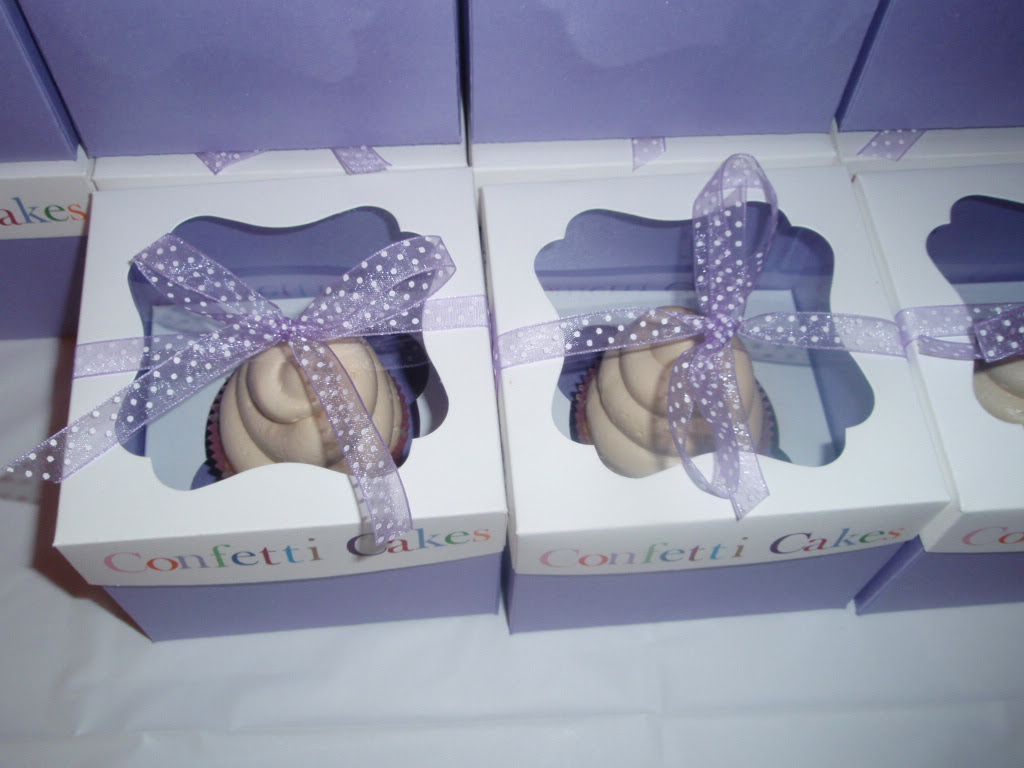 Good thing, because then I went to the nearby Apple store to buy myself an iPhone, because it was time for me to make the switch to a smartphone. I decided to take a break and sat to check email for a little while. About half an hour later, a staffer came by and said, "Are you from the cupcake blog?" I was totally blown away! Then Allison proceeded to do the entire transaction while I sat there, bringing the phone and case to me, letting me charge it from her portable credit card charger. Turns out, she's gluten free, which prompted a discussion about the best gluten free flours (she recommends the Whole Foods 365 Organic brand) and I wound up giving her and her coworkers the party cupcakes (she could eat the frosting). So that was a very plesant ending to my evening (I am still figuring out my iPhone, but now I know what all the iPhone cupcakes stand for!), and I kindof wish I were always carrying around cupcakes so I could give them out to nice people.

Deidra said…
Hi I loce Confetti Cakes. Can you find out where the Confetti Cakes boxes came from with the cup cakes inside? Thanks
11/15/2008 11:05 PM