Posted by Rachel on November 06, 2008
Flickr user palit9 was kind enough to let us repost some of her photos (click through for the full set) from Chicago's More Cupcakes.

I really like the packaging; it gets their message across loud and clear. I'm so curious about their savory cupcakes, like the BLT. Must. Plan. Chicago. Trip. ASAP. 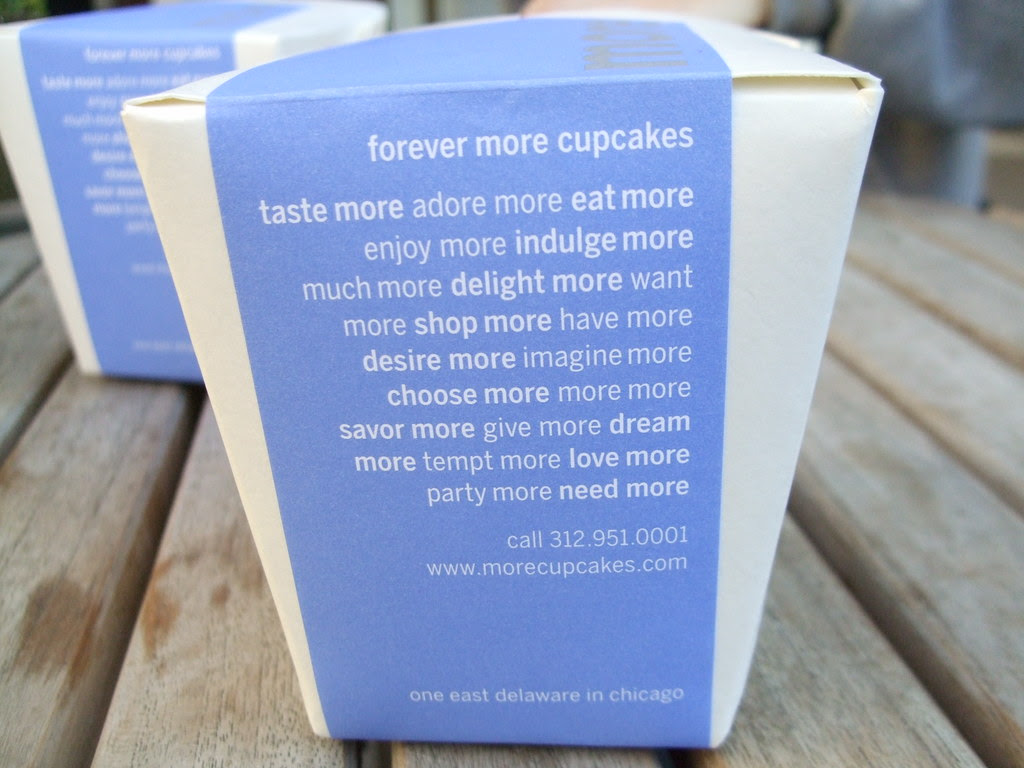 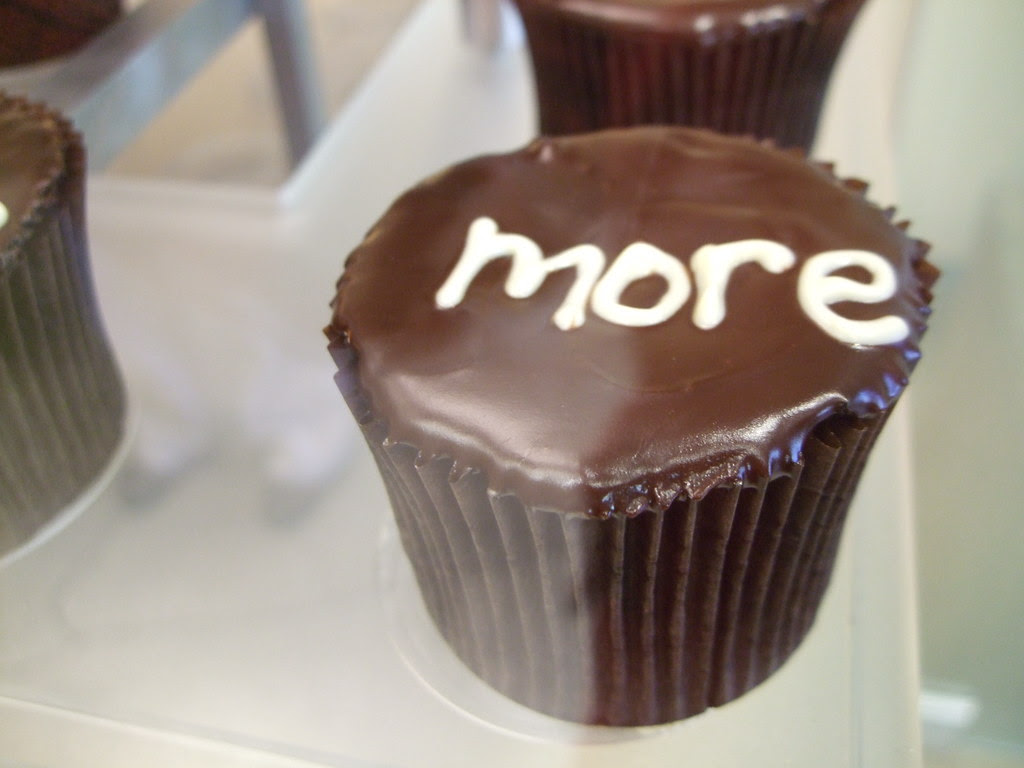 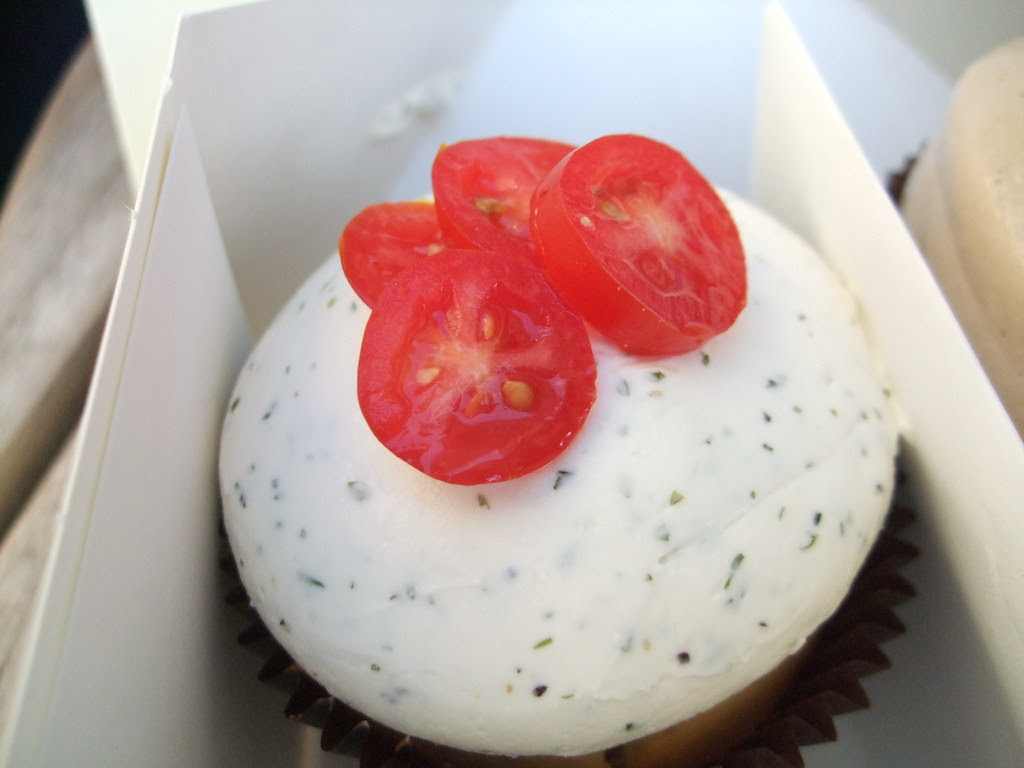 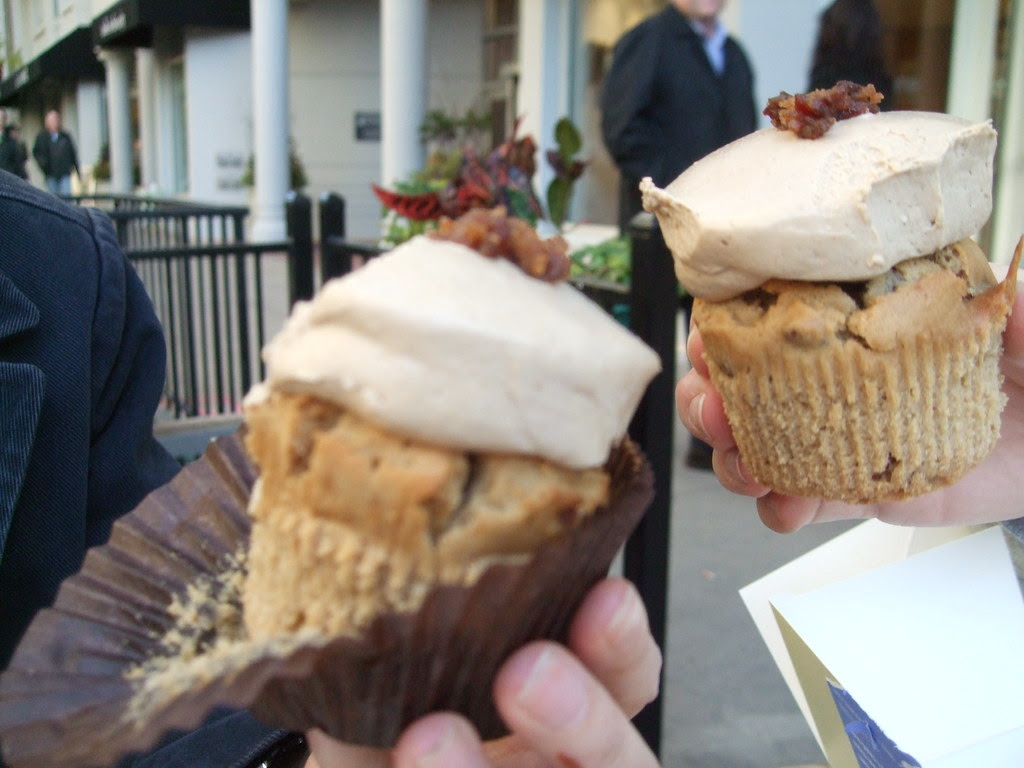 The blog We Are Not Martha recently did a second Chicago Cupcake Crawl. Do check out their extensive cupcake tasting. Here's what they had to say about the bacon and BLT cupcakes (click above for their more positive take on More's sweet cupcakes):

We started (nervously) with the maple bacon. And, it was...interesting. Sues honestly thinks the whole thing would have been pretty fabulous if it wasn't called a cupcake. Maybe a biscuit instead? And didn't have the frosting. It was a little disconcerting. But the cake part was actually quite good and a lot heavier than a typical cupcake.

Now on to the scariest one of all. The BLT cupcake. This is just so wrong on so many levels. But also so fabulous on so many levels. But in the end, a BLT just shouldn't be a cupcake. The cake wasn't as good as the maple bacon and the frosting? Honestly, I think it made all of us gag a bit. All we could think of was giant globs of mayonnaise. But really, the frosting tasted like tangy ranch dressing. And on a cupcake? Not so hot.