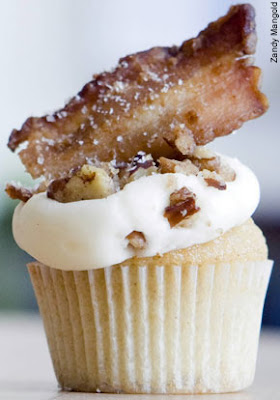 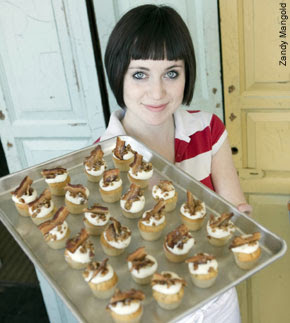 But not all contestants are going the savory route. "Bacon is fatty, salty and tastes good on anything including cupcakes," says Keavy Landreth, the 26-year-old owner of Kumquat Cupcakery, who is creating a maple pecan and bacon cupcake for the competition.

Indeed, Landreth likens bacon's popularity to that of the cupcake both have always been considered delicious, even if they seem to be capturing an inordinate amount of the public imagination lately.