Posted by Rachel on March 13, 2009
Last night I went to a dinner organized by Geek Girl Dinners NYC, which I recommend to anyone who considers themselves a "geek girl" (men are also welcome, as long as they're invited by a woman). To be honest, I am really not a geek; technical issues are way over my head. Anyway...it was held at Google's cafeteria on 9th Avenue in New York, and on the way out, everyone was fawning over the photos of the guest chefs, most of whom I'd never heard of.

Until we got to some I had: Matt Lewis and Renato Poliafito of Baked in Red Hook, and Melissa Bushell of Baked by Melissa (much more on her from me soon). Very cool!

You're not supposed to take photos inside Google, but I just couldn't help it. 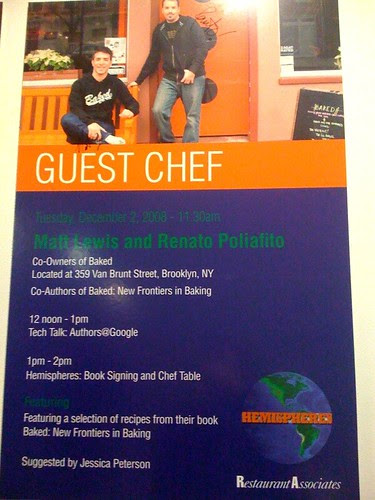 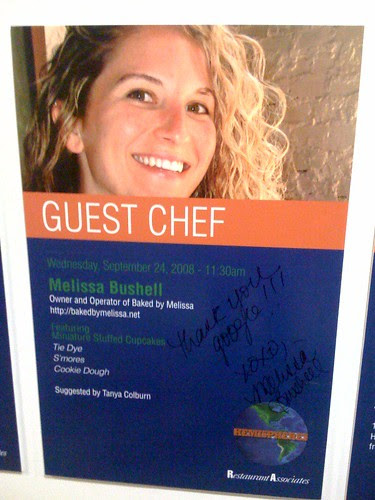