A visit with Johnny Cupcakes 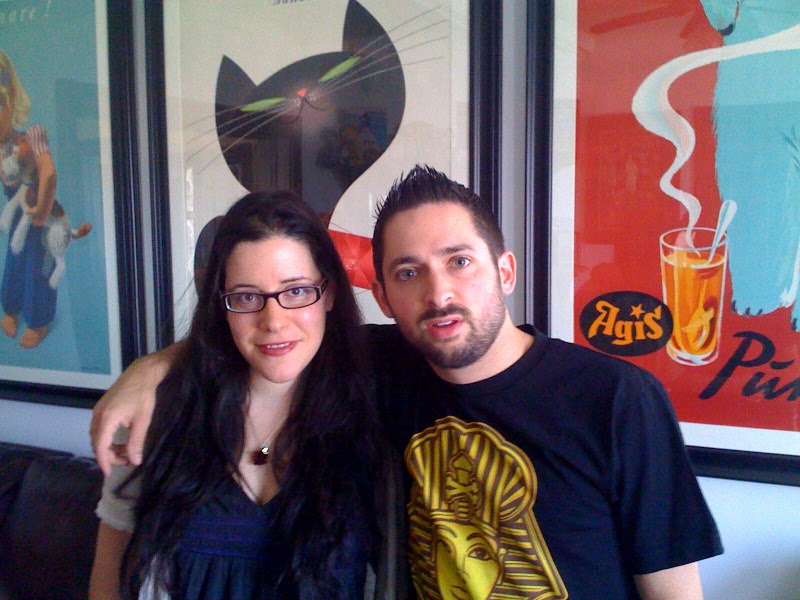 For the past few years, I've been hearing about, reading about, and buying t-shirts from Johnny Cupcakes. Last year I interviewed him for Zink magazine. We'd traded emails and I'd seen photos and videos of his stores (there are three - Hull and Boston, MA and Los Angeles) but I'd never met him in person. I have to say, he's both exactly what you'd think he'd be like, and not. 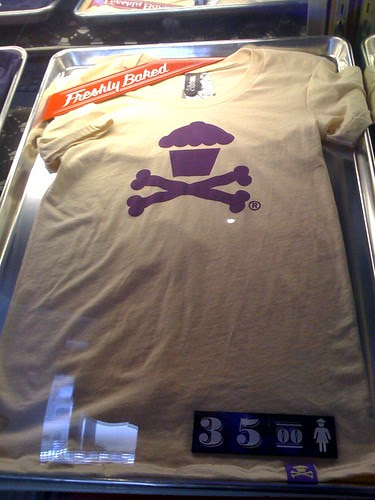 When I called him to get directions, he was playing Pictionary. I got to see his amazing house, which, well, let's just say my two-bedroom New York apartment could fit in a small corner of it. It was gorgeous and beautifully-designed and there was all this original art everywhere, by artists like Shepard Fairey and Amanda Visell. There were arcade video games, pinball machines, and skeeball! Skeeball! I was like a kid in a candy store free arcade.

That didn't surprise me though. What surprised me was how thoroughly down to earth he was. He talked about major plans for his company, upcoming speaking gigs, and the business of the store without a touch of grandeur. That's saying a lot for someone who is a multimillionaire.

On Sunday, I got to visit the famed Johnny Cupcakes store. I'd been chowing down at Sweet and interviewing the owner, and they loaded me up with cupcakes. I walked over to Newbury Street and as soon as I got there, Johnny was like, "Do you have any extra cupcakes?" He wanted one because a customer had come in and was upset that his store didn't sell cupcakes! Apparently, they get that a lot (in fact, we've gotten indignant emails on this topic too). But the woman and her family were swayed by his telling of the story of the company and had bought some shirts, so we gave her a coconut cupcake and she was very happy. 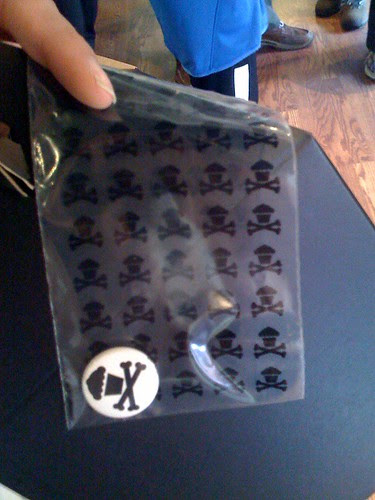 I bought a hot pink iPhone case and a few buttons, and ogled the handbags. They're sold out online, but these are still available at the store for $125, half the price they were going for, because they had some defects: 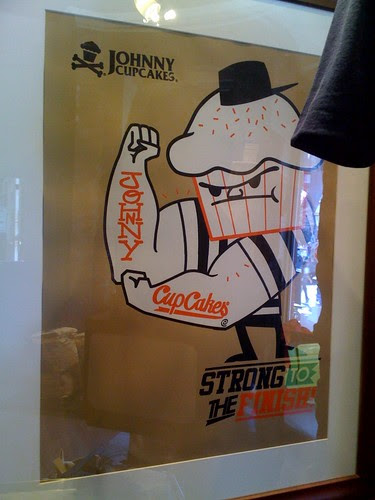 If you ever have a chance to visit his stores, do it.

My camera battery died shortly after I walked in, so I only managed to take a few photos.

But I plan to go back to Boston this summer and do a meetup, and hopefully Johnny can join us. I'll post when I know more, probably June or July.
Boston cupcake clothing cupcake merchandise cupcake t-shirts Johnny Cupcakes