CakeWalk: The importance of a moist cake 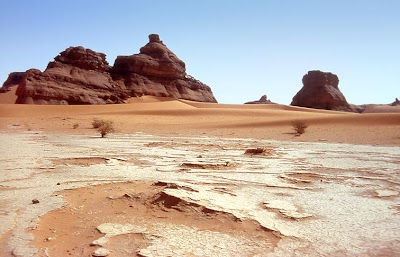 Unlike the Sahara, your cupcakes should never be dry...no matter how closely "dessert" and "desert" are in the spelling department (Photo courtesy of SaharaMet)


On Monday, I was a judge at the Brooklyn Kitchen's Third Annual Cupcake Cook Off. It was a wonderful treat to be asked to judge, and I'm grateful to the folks at the Brooklyn Kitchen for including me. That being said, having to take at least one bite of 60 cupcakes is a lot harder than it sounds. Now I'm no doctor, but I'm pretty certain the human body wasn't meant to ingest that much cake and icing in a two hour period. To say that I felt a bit "off" for 24-hours after the event is an understatement, but I lived to tell the tale and want to share some advice on just what makes a winning cupcake. 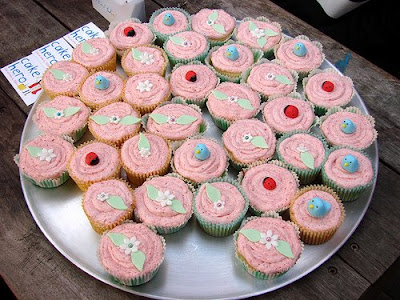 When entering a cupcake contest, I believe that many get carried away in inventing a new flavor, the presentation and look of the cupcake or just bringing the weirdest baked good to the event. As I learned on Monday, and I think the other judges would agree, sometimes the simple will...well...take the cake. Having the most exotic flavor or the most intricate decoration is fantastic, but if the fundamentals don't cut it, then neither will your finished product. Case in question: the foundation of the cupcake. The cake.

Readers of this blog know that finding a deliciously moist cupcake at most bakeries isn't commonplace. So it stands to reason that if the pros can't get this basic baking skill right, us amateurs are going to have a rough go of it too. Well, I'm here to tell you that isn't the case. Some of the best cupcakes at the Brooklyn Kitchen Cupcake Cook Off were in the amateur category, so there are definitely some baking hobbyists that have mastered the importance of moisture. But let's focus on the problem: Dry, crumbly cupcakes that can't be fixed with even the most tempting icing.

First off, let's define what makes a moist cupcake. I think we can all agree that to fit into the moist category, it must be soft, tender, airy, and fresh. With this in mind, we can now tackle the issue of preventing dryness.

The two main culprits for dry cupcakes are over baking and improper storage, according to Katie Robinson, resident cake expert at the Brooklyn Kitchen. Katie says that when it comes to any dessert or baked good, being precise and paying attention is key. Just a smidge too much of a certain ingredient can drastically alter results, and the same can be said for baking times. This gets tricky though - every oven is different, so now would be a perfect time to gauge your oven's temperature. You might think it a pain to purchase, but Katie suggests investing in an oven thermometer. It will give you an accurate reading of how hot your oven really is and allow for you to make accurate adjustments to temperature gauges to make sure you're following the recipe as closely as possible. For instance, I always bake my recipes for 5 extra minutes because my oven is most likely older than I am (and I have a landlord that won't bother upgrading). 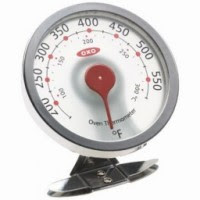 To tackle the storage issue, Katie recommends freezing as the best solution if you aren’t going to consume your cupcake the day they are baked.

“I always freeze my cupcakes, even if I’m going to be eating them the next day,” said Katie. They freeze beautifully and taste just as fresh as the day they are baked.”

If you do plan on going the freezer route, remember that you still need an air-tight container to avoid freezer burn. Katie also said that the cakes must be frozen without the icing for best results.

Also, unlike the cupcake's mothership - the stand alone cake- our little friends are not encased in icing, which does a fine job of sealing in moisture. Since the cupcake shows a little skin, so to speak, the icing on top doesn't deal with the fact that a lot of the cake is still showing. So unless you want to literally cover the entire cupcake in icing, there is no plausible way in fixing the dryness problem with icing. 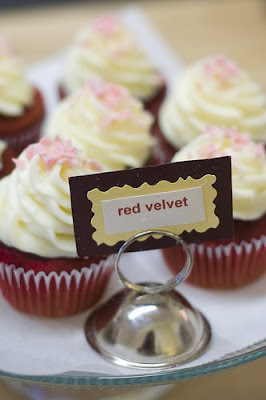 The red velvet cupcake is one of the moist cake options you'll find on a bakery menu - most recipes call for natural moistening ingredients, such as oil (Photo courtesy of Brian Wible for Cupcakes Take The Cake)

Katie has a few more tips on how to achieve a moist cake:
There is no magic ingredient - Although there may not be one “go to” ingredient that will give you moist cupcakes every time, there are some cakes that already call for well-known moistening agents. For example, oil is known as a great moistening agent and vinegar is a natural preservative. This is why chocolate and red velvet are typically the moistest cupcakes – both recipes call for oil and vinegar. Katie also shared that urban legend dictates that mayonnaise can help a cake retain moisture, but she warns that she’s never tried it.

Fresh ingredients can make a difference - Katie always uses the freshest ingredients available, even when it comes to the basics such as flour. She also believes that organic ingredients improve the flavor.

There is such a thing as too much moisture - Baked goods get their moisture from the wet ingredients. By adding too much liquid (applesauce, oil, milk, sour cream), your cupcake can come out wet.

Lastly, Katie says her one trick that never fails is folding in the egg whites. She simply adds the yolks first and follows the recipe as listed but then whips the egg whites to medium peaks before folding them into the batter.

As Julia Child once said, no matter what happens in the kitchen, never apologize. This goes for your cupcakes too. Experimenting and trying out new ideas is part of the fun of being a cupcake lover, so if a dry cake pops up every now and again, learn from the mistake and keep on truckin'. Once you figure out what makes each cupcake recipe tick, you'll soon discover your own tricks behind making a moist cake, no matter the ingredients. Before you know it, making a deliciously delicate and scrumptious cupcake every time will be a cakewalk.


Mary Ann is the founder of the New York City chapter of CupcakeCamp NYC, an ad-hoc gathering born from the desire for people to share and eat cupcakes in an open environment. She is also the founder of Puff and Choux, a blog dedicated to the pastry and dessert arts. You can contact her at mary_ann_porch@hotmail.com with any questions, ideas or just to chit chat. You can also follow her on Twitter at @MaryAPorch.
baking baking advice Baking Tips CakeWalk Katie Robinson Mary Ann Porch Moist The Brooklyn Kitchen