CakeWalk: The symbolic power of the cupcake 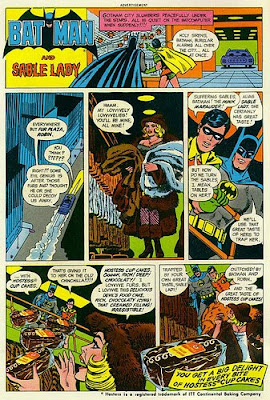 
This week has been ripe with the sad news that the world has lost two pop culture icons in a single day. Farrah Fawcett and Michael Jackson both contributed immense amounts to their creative fields, and they are, without a doubt, two legends that will continue to live on.

Perhaps it’s because I now write about the topic on a weekly basis, but I have cupcakes on the brain for what I’m willing to bet is far more than the average person thinks about this treat. Typically, the cycle goes like this: I think about what I’m going to write this week, start getting hungry, begin craving cupcakes. It’s not rocket science, at least as far as my stomach is concerned.

However, I believe that I’ve developed a sixth sense for cupcakes, or at least the imagery of a cupcake. I can walk into any store, and if there is anything related to a cupcake within a one mile radius, I’ll find it.

For instance, a few weeks ago my friends and I were pillaging a wine store looking for some cheap finds to take to a party. Like a moth to a flame, I was drawn to the refrigerator in the back that featured Cupcake Chardonnay. I had never heard of this brand before (Cupcakes Take The Cake blogged about it in November ’07), so of course, my friends indulged me and we bought a bottle. As far as wines go, it was decent, but my favorite part is the tiny drunk cupcake on the top of the cork. 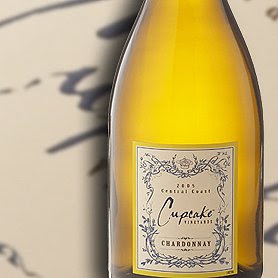 This wine doesn't taste like liquified cupcakes, but I'd be sure to buy a case if it did.

Let’s say that you’ve had a few too many glasses of the Cupcake Chardonnay and accidentally fall down and scrape your knee? I’ve always been a fan of decorative bandages, and now I can adorn my scrapes with cupcake band-aids, available from Urban Outfitters. I can also pick up some cupcake dental floss, because obviously, everyone thinks of cupcakes when they think of excellent dental hygiene. 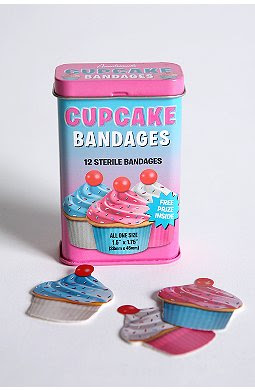 Nothing heals a scape like a little bit of faux icing and sprinkles (Photo courtesy of Urban Outfitters.com)

And then there are the Johnny Cupcakes of the world who have made it their business to market the cupcake as a cultural symbol. I first visited the Johnny Cupcakes store in Boston in November 2008, and even though I was initially put off by the fact that there were no actual cupcakes for sale, I quickly fell in love with the creative cupcake imagery found on all the tote bags, sweatshirts, and other apparel available in the store. Johnny Cupcakes, in my opinion, was really ahead of the game in marketing the cupcake as a pop culture symbol outside of the bakery industry. 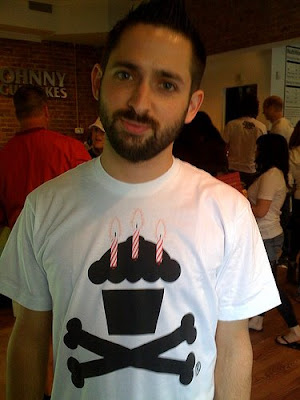 Today, you can seemingly slap a cupcake on anything and it will sell. I’m living proof: Would I have bought that chardonnay had it not been called Cupcake? No way. Would I have gone into the Johnny Cupcakes’s store in Boston if “cupcake” hadn’t been in the store name? Probably not. As the cupcake continues to prove itself as not just a passing trend but as a legitimate baked good capable of raking in lots of cash, I think we’ll continue to see its image used to market non-cupcake items.

But, this was already going on way before Johnny Cupcakes. In the mid 1970s, major comic book companies, such as DC and Marvel, teamed up with Hostess and brought us cupcake-themed comic books i.e. advertisements. Obviously, this was an ad campaign for Hostess, but it could be argued that this was one of the first times the cupcake (or at the very least, the Hostess version of what a cupcake would be) was united with pop cultural symbolism. Who knew that Batman, Superman, and Wonder Woman liked cupcakes so much? Obviously, the Hulk would like them – he’s huge! 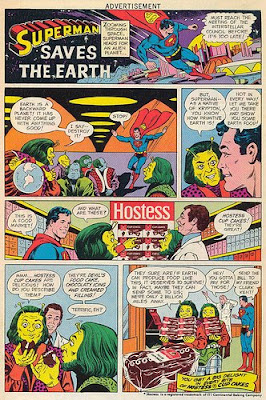 With his body, I highly doubt that Superman was indulging in too many cupcakes, but perhaps an amazing metabolism was another one of his powers (Photo courtesy of Branded in the 80s)

Strawberry Shortcake had her Cuppy Cake song, and what better way to listen to her sing than by plugging your iPod into your very own cupcake speakers? Obviously, product makers and marketers know a sweet spot (pun intended) and how to exploit it. 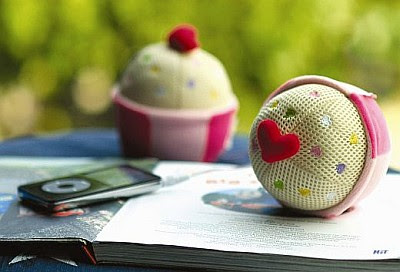 What other non-baked good cupcake-related marketing or products have you seen? Do you buy non-cupcake products because you are a die-hard cupcake fan? It seems that companies now know that getting people to buy their goods simply by adding an image of a cupcake is as simple a cakewalk.


Mary Ann is the founder of the New York City chapter of CupcakeCamp NYC, an ad-hoc gathering born from the desire for people to share and eat cupcakes in an open environment. She is also the founder of Puff and Choux, a blog dedicated to the pastry and dessert arts. You can contact her at mary_ann_porch@hotmail.com with any questions, ideas or just to chit chat. You can also follow her on Twitter at @MaryAPorch.
CakeWalk cupcake icon cupcakes and pop culture cupcakes in pop culture icon Mary Ann Porch

Chase Clark said…
I MUST have some of those little speakers! And yes, just because they are cupcakes! Love the new banner by the way!
6/28/2009 7:52 PM