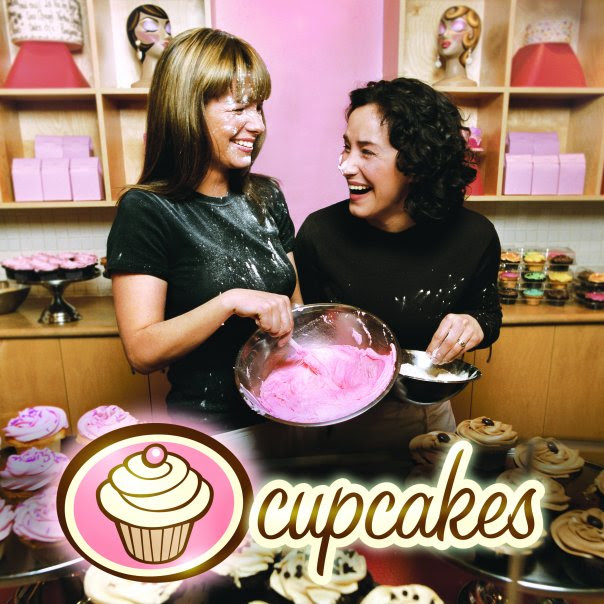 Via Trading Markets comes news about a Canadian reality TV show all about cupcakes!

The show is about Cupcakes in Vancouver, which has been open since April 2002. These photos are from their Facebook page. And the show is not to be confused with the cupcake crafters/Etsy sellers The Cupcake Girls.

"The Cupcake Girls is a slightly new direction for us," continued Bianchi. "It's a docu-soap series that follows two best friends and entrepreneurs trying to take their successful Canadian cupcake business international, complete with colourful characters and all the behind-the-scenes drama, excitement, laughs and highs and lows associated with attempting to summit the high stakes world of cupcakes."

Think running a bakery is a piece of cake? Well, try out this recipe: Two best friends, one set of bickering parents, 50 young, unpredictable female employees and a team of franchisees with differing opinions. Stir in a healthy dose of high maintenance customers and a handful of miserable contractors, and you've got a day in the life of The Cupcake Girls.

A 13-episode docu-soap, The Cupcake Girls follows entrepreneurs and best friends Heather White and Lori Joyce on a deliciously dysfunctional and often hilarious journey to build a cupcake empire. Produced by Force Four Entertainment in association with W Network, the series starts production this June and will premiere in early 2010. 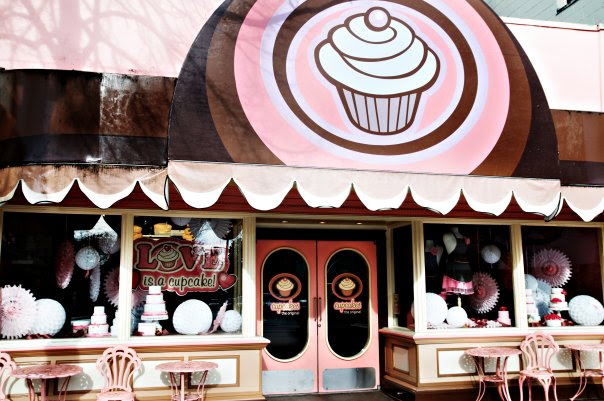 Creative Tara said…
mmmm... Canadian girl that I am, I LOVE visiting cupcakes whenever I'm in Vancouver, so will have to check this out! I'm heading to New York for a week this July, so look forward to checking out the cupcake scene while I'm there, too!
6/10/2009 3:03 AM

Maria said…
OMG!!! I am huge fan of yours!!! I really like the show and everything!! and i would love if you guys can put a store in Peterborough or near Peterborough!! I would love to have a cupcake store near :) and congratulations of ur baby Lori <3
5/10/2010 4:00 PM

gwendolyn washington said…
HI MRS. HEATHER & MRS. LORI, HOW ARE YOU'LL DOING . MY NAME IS GWENDOLYN WASHINGTON , I WATCH YOU'LL SHOW AND I WONT TO OPEN A BAKERY IN SANFORD FL. BUT I NEED SOME HELP AND SOME TIPS. THIS IS A PART OF ORLANDO, FL , BUT WE DON'T HAVE A BAKERY HERE . THEY HAVE A BAKERY SHOP CALL CRAZYCUPCAKES IN LAKE MARY BUT WONT ONE IN SANFORD SO IF YOU CAN HELP ME OPEN ONE I WOULD LOVE IT OR IF YOU CAN TELL ME THE RIGHT PEOPLE TO TALK TO I WOULD THANK YOU'LL FROM THE BOTTOM OF MY HEART. HERE IS MY PHONE NUMBER 850-602-1722 CELL HOME 407-732-4608 THE NAME THAT I WONT MY BUSINESS IS GWEN'S HOUSE OF TREATS. THANK YOU LADIES FOR TAKE TIME OUT TO READING THIS.
9/19/2010 1:28 AM