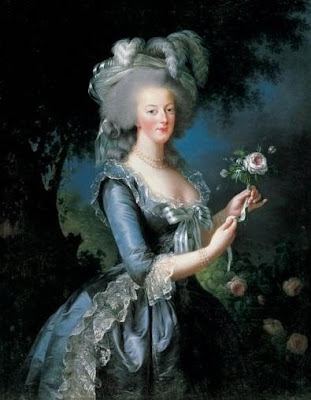 Marie Antoinette - the original Queen of Cakes, and now cupcakes

A few years ago, I discovered I was a Francophile. Next to food literature, you can find me reading books chronicling France and daydreaming about visiting Paris again. So although I love the Fourth of July, I can’t help but ramp up my party planning when Bastille Day roles around 10 days later. Fête Nationale marks the 1790 Fête de la Fédération, held on the first anniversary of the storming of the Bastille on July 14, 1789.

It shouldn’t be a surprise to anyone that of course I’m a fan of Marie Antoinette. How could I not adore someone who is quoted (albeit falsely) of saying,“Let them eat cake!”? Lat year for Halloween I dressed up as the fallen Queen and passed out cupcakes over the course of the evening. The costume was a huge success, and I received a number of compliments on the cupcakes as my accessory of choice.

It's this adoration of the former Queen of France that led me to brainstorm some ideas for Bastille Day cupcakes. 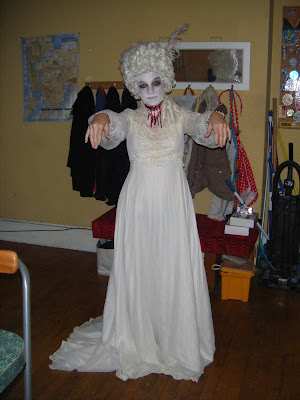 If you want to take the easy route, you could simply take the cupcake photos from last week’s Fourth of July CakeWalk column and instead of American flags add the French tri-color flag or a little note stating “Vive la France!” However, if you are a bit more creatively inclined, a simple pantry “must have” can help you build a memorable batch of cupcakes that any royalist would support. 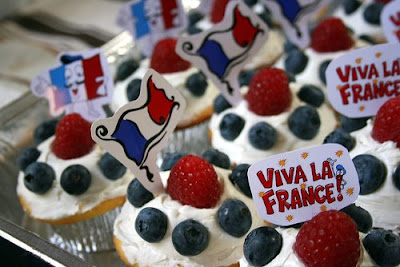 Although it's exclaimed "Vive la France!", not "Viva la France!", these cupcakes have the right spirit (Photo courtesy of Wegge's Flickr photo stream)

Naturally, when most people think of Marie Antoinette, they think of either her outrageous fashion sense or her unfortunate meeting with the guillotine. The pouf hairstyle lends itself to the cupcake as you can achieve the look simply by layering icing. 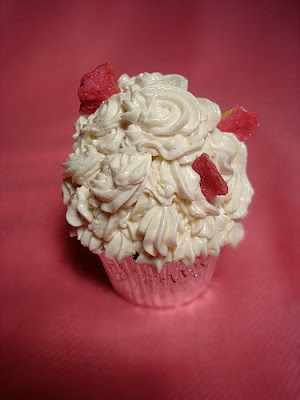 Another way to achieve the pouf could be to use marshmallows. I plan on testing this out, and although the process will most likely be painstaking, I’m sure I can crank out a least a dozen marshmallow puffs atop a red velvet cupcake (hence the guillotine mention).

Another Bastille Day cupcake idea incorporates French cuisine. Next to the cupcake, my favorite all-time dessert is the French macaroon. Perhaps it’s because I first sampled this delicate creation while visiting Paris with my mother, but the French macaroon holds a special place in my gourmet heart.

Because of its lightness (it’s essentially baked meringue), the French macaroon makes for a perfect cupcake topper. A multitude of flavors and colors can be achieved, and even if creating French macaroon surpasses your culinary prowess, you can easily purchase them online at sites like Dean & Deluca. I’m fortunate enough to be surrounded by terrific French macaroon shops in New York, such as Madeleine Patisserie on West 23rd Street. 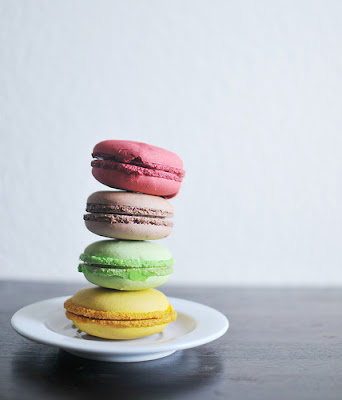 Another Bastille Day decorating option is making your own cupcake toppers that simply involve card stock and toothpicks. I picked up some stickers at Kate's Paperie and plan on using them, along with some card stock and craft glue to create some additional cupcake accessories. A simple Etsy search can lead you to many online sticker options that are sure to make amazing toppers. 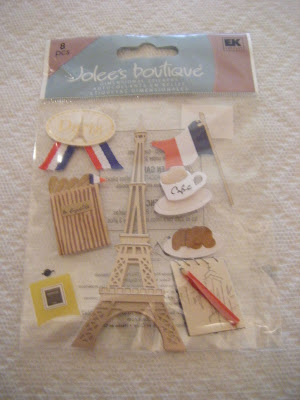 Are any of you planning on whipping up some Bastille Day treats? What do you have planned for the dessert menu? I think we can all agree that as along as you put a personal stamp on your Bastille Day cupcakes, they are bound to be a success, or as we like to say around here - a cakewalk.


Mary Ann is the founder of the New York City chapter of CupcakeCamp NYC, an ad-hoc gathering born from the desire for people to share and eat cupcakes in an open environment. She is also the founder of Puff and Choux, a blog dedicated to the pastry and dessert arts. You can contact her at mary_ann_porch@hotmail.com with any questions, ideas or just to chit chat. You can also follow her on Twitter at @MaryAPorch.
100 cupcakes in a box Bastille Day CakeWalk cupcake holidays France history holidays Macaroon Marie Antoinette marshmallow Mary Ann Porch