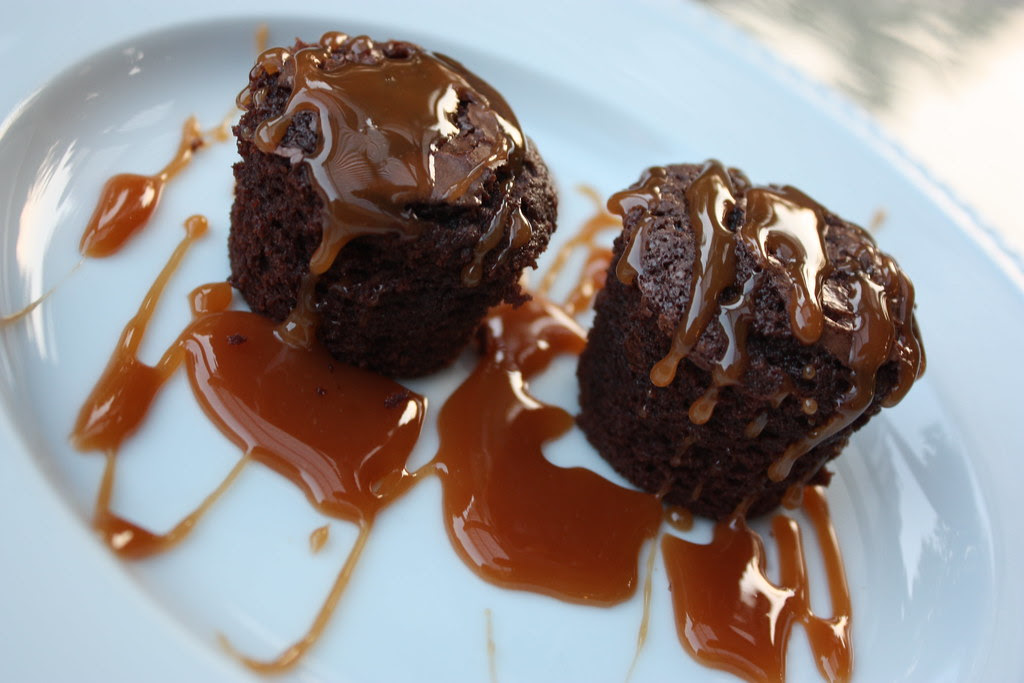 Who can resist cupcake brownies artfully draped in luscious caramel? Not me! These are making me want one so badly! Also, if this were my plate, I would probably eat them with a fork and then scrape off as much of the caramel from the plate as I could. I also like that these transform something that is delicious (brownies - yes, I do like sweets other than cupcakes!) into cupcake form, creating something extra yummy.

hello-emma said…
neither me! I do really want one of those cupcakes right NOW! Well, I have to be satisfied with the chocolate peannut butter cupcakes I've got ;) They're really how good!
8/13/2009 12:37 PM

semi~psycho~baker said…
i made some of these for a friend but scooped out the middles and put the caramel inside and topped with ganache and called then rolo brownie bites
8/13/2009 4:28 PM