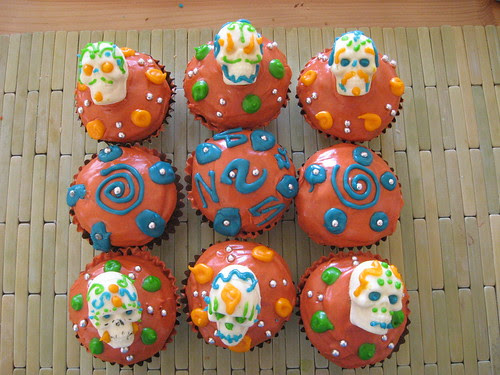 Get the recipe directly from creators C&C Cakery of Vancouver. They write:

The idea for these cupcakes came from a cute little skull mold I found digging around the local craft store. As soon as I picked it up, I new it was destined for greatness. I have always been in love with Calaveras art and thought perhaps I can incorporate it into cupcake form. The cake would, of course, have to be pumpkin - but with a little kick. This is how Dias de los Muertos Cupcakes were born.

Fitting for a cupcake company with this logo: 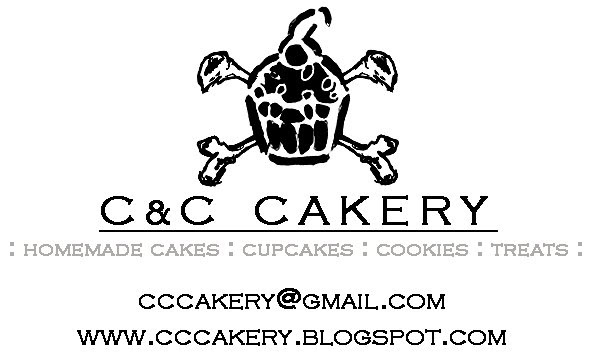 Their regular flavors include: