Posted by Rachel on September 23, 2009
I was waiting for official confirmation from The Food Network as to who was cast for their reality show Cupcake Wars, but of course these days it's bloggers and Tweeters who have the scoop on everything important!

Natalie Slater of Bake & Destroy posted her LA recap about being a judge on the show (along with Candace Nelson of Sprinkles Cupcakes and Jane of Sweet Lady Jane, but here's the juicy parts:

What started as a concept for a docu-series about cupcake bakeries and their turf battles had transformed into a challenge, pitting baker against baker in extraordinary circumstances… well, you’ve seen Food Network before...

So I can’t really give you details on what the show is about, and I certainly can’t (and won’t!) tell you who won but I can tell you that the contestants were Whodidily Cupcakes, Sweet E’s, Hotcakes Bakes and Two Parts Sugar. I got to share a judging table with some really amazing people (besides Candace and Jane, even!) and I got to eat, oh… 20 or so really unique cupcakes.

And via iTricks comes this photo from the set: 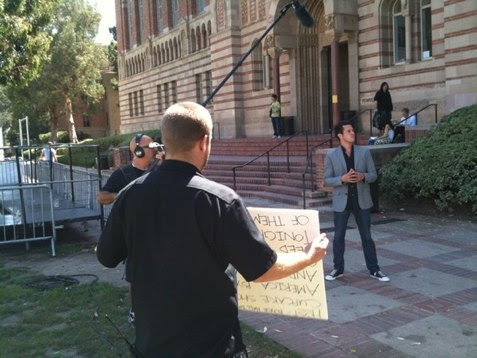 And a Twitter search for cupcake wars came up with: 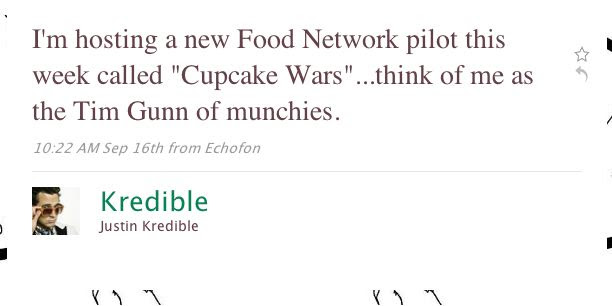 According to a press release from Whodidily Cupcakes:

Dave and Wendy Jones, Montecito residents and creators of Whodidily Cupcakes, were selected as one of the four finalists in an audition of hundreds of professional cupcake shops and bakers. Widely known as “Mr. and Mrs. Whodidily”, the Jones’ were selected based on the quality, taste and presentation of their cupcakes as well as their lovable personalities and their “underdog takes all” success story. Though their selection may not be a surprise to Whodidily’s loyal fans, it did come as a welcome surprise to the shop owners, themselves.

"I was surprised when I got a call from the show's producer," says Wendy Jones, "the fact that Food Network called us because they had already heard of our cupcakes is enough of a compliment! Making the show is just icing on the cupcake, so to speak!"

Nothing to do with the show, but since I'd never heard of Sweet Lady Jane, I thought I'd post these fancy letter cupcakes from their site: 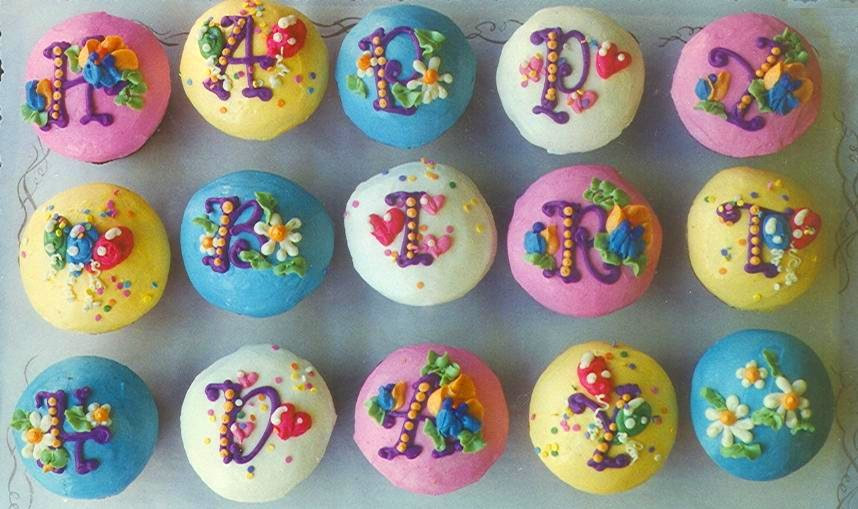 Hoosier Homemade said…
How cool is that! I will definately be catching it.
In case you or your readers are interested, I am helping Cupcakes for a Cause this week, they are helping children affected by cancer.
http://hoosierhomemade.com/cupcakes-for-a-cause/
Thanks!
~Liz@HoosierHomemade
9/23/2009 12:13 PM

coriander said…
Thanks for publishing this. I work at UCLA and saw that Food Network was filming, but couldn't figure out what show it was!
9/23/2009 11:39 PM

www.sweetcreationsbystephanie.com said…
Just saw this on Whodidly's website. I'm a Santa Barbara resident and have gone to their store on many occassions.. I've been waiting to hear when it would aire..just found out.
Posted 11/16/09
Catch Whodidily Cupcakes on the Food Network this December 16th. Whodidily will be featured on the show "Cupcake Wars". Tune in to watch. Check your local listings for airtime
11/18/2009 2:36 PM

Maryanne Tongko said…
Hey Everyone! Cupcake Wars is definitely a super exciting project. I just wanted to let you all know that there was a (5th) cupcake shop involved. I'm the owner of Cupcakes & Company in Burbank and on the day of the competition we had a fantastic opportunity to be a part of the show (indirectly). As a courtesy to everyone involved I will refrain from posting photos and video blogs of the competition/event that took place on the date of the filming. I am excited to report that once aired, I will post up my personal photos/video on my website and also blog about my experience with being involved with the craziness of filming for a show. Congratulations to all that competed and featured on the show!
12/10/2009 3:57 AM

daniel john said…
I also have been part of this Cupcakes process. And i will join next year. Its very glad to know this event.
Term papers
2/01/2010 1:55 AM

advantage papers said…
There are certainly a lot of details like that to take into consideration. That is a great point to bring up.

Bryan Johnson said…
We loved it so much we wrote about it: