Who's afraid of werewolf cupcakes?

Posted by Rachel on September 23, 2009
Blogger ThisKevin wrote about five reasons he can't get enough of werewolf cupcakes, including:

1. Werewolf Cupcakes can be friends with Vampire Cupcakes (this would NEVER happen in the real world.)

2. The Werewolf Cupcake is a good diet snack – you might not eat it, because it’s so fun to look at.

And I missed that there will apparently be werewolf cupcakes on Friday night in NYC at Werewolf Night - I'm not gonna post the whole thing as it's not really related to cupcakes, but werewolf/cupcake lovers in New York will want to check it out. (via Dumb as a Blog)

Here are some werewolf cupcakes we like (and are only a tiny bit scared of!) from our Flickr cupcake photo pool, which is currently going strong at 62,827 photos! 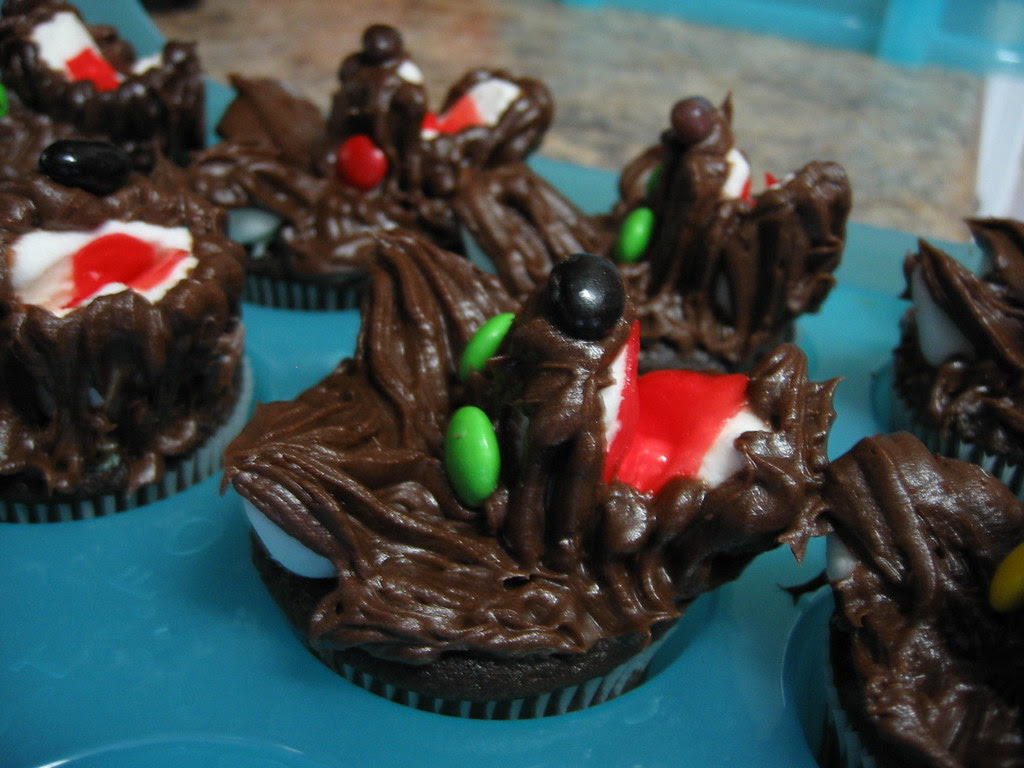 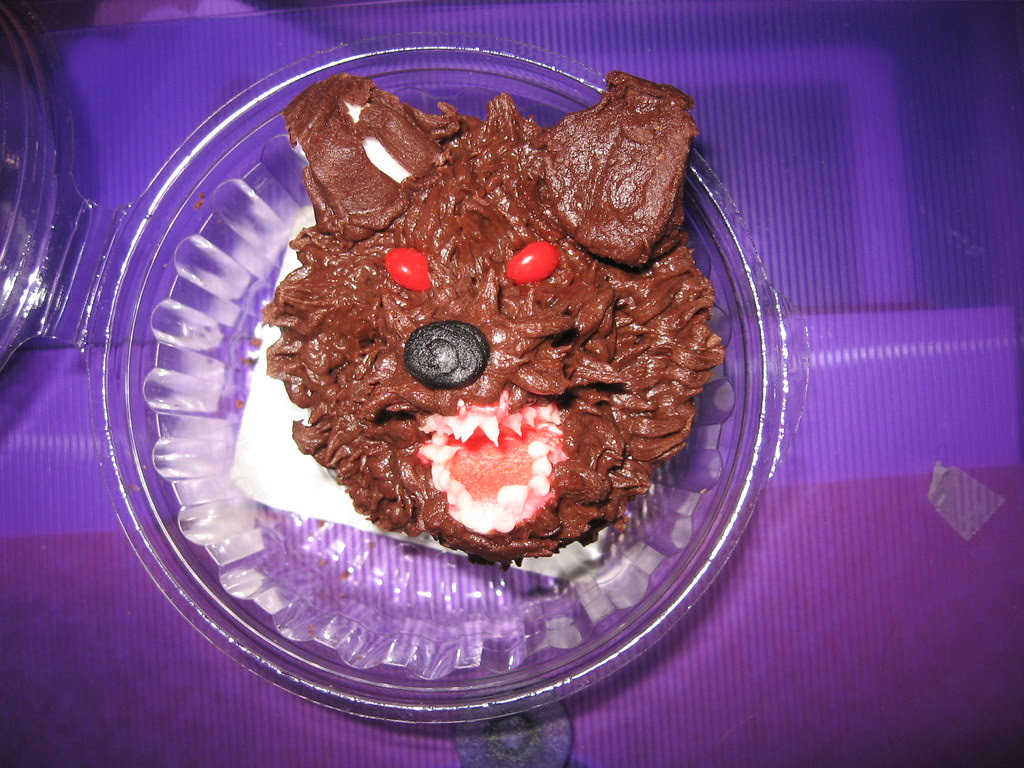 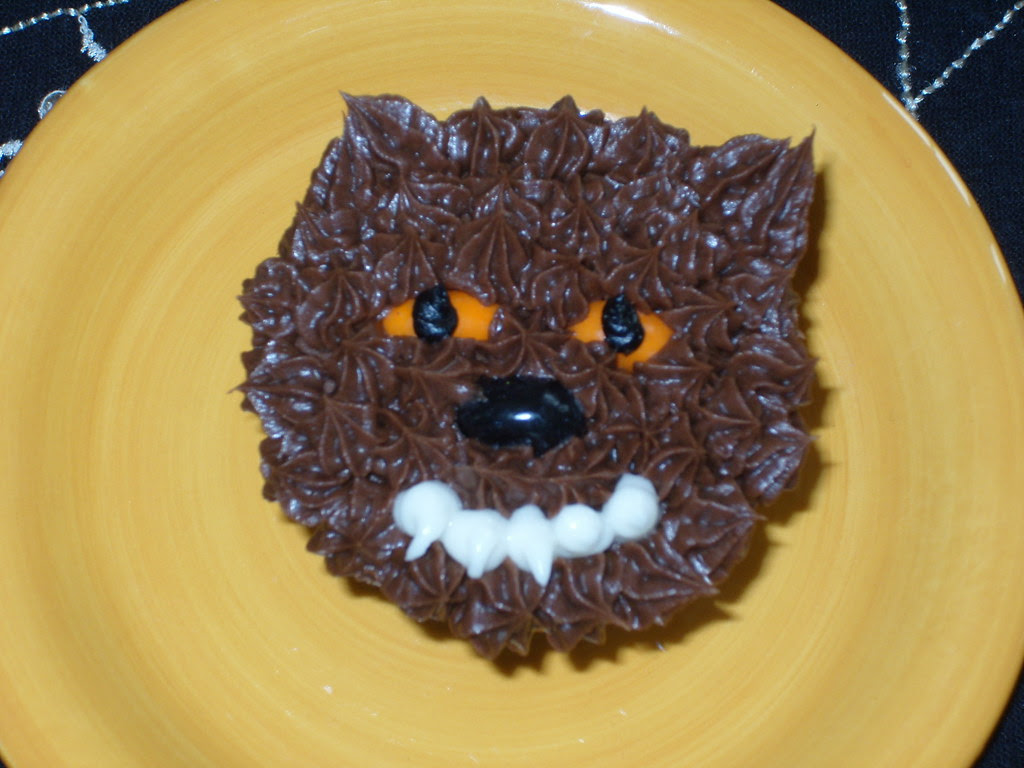 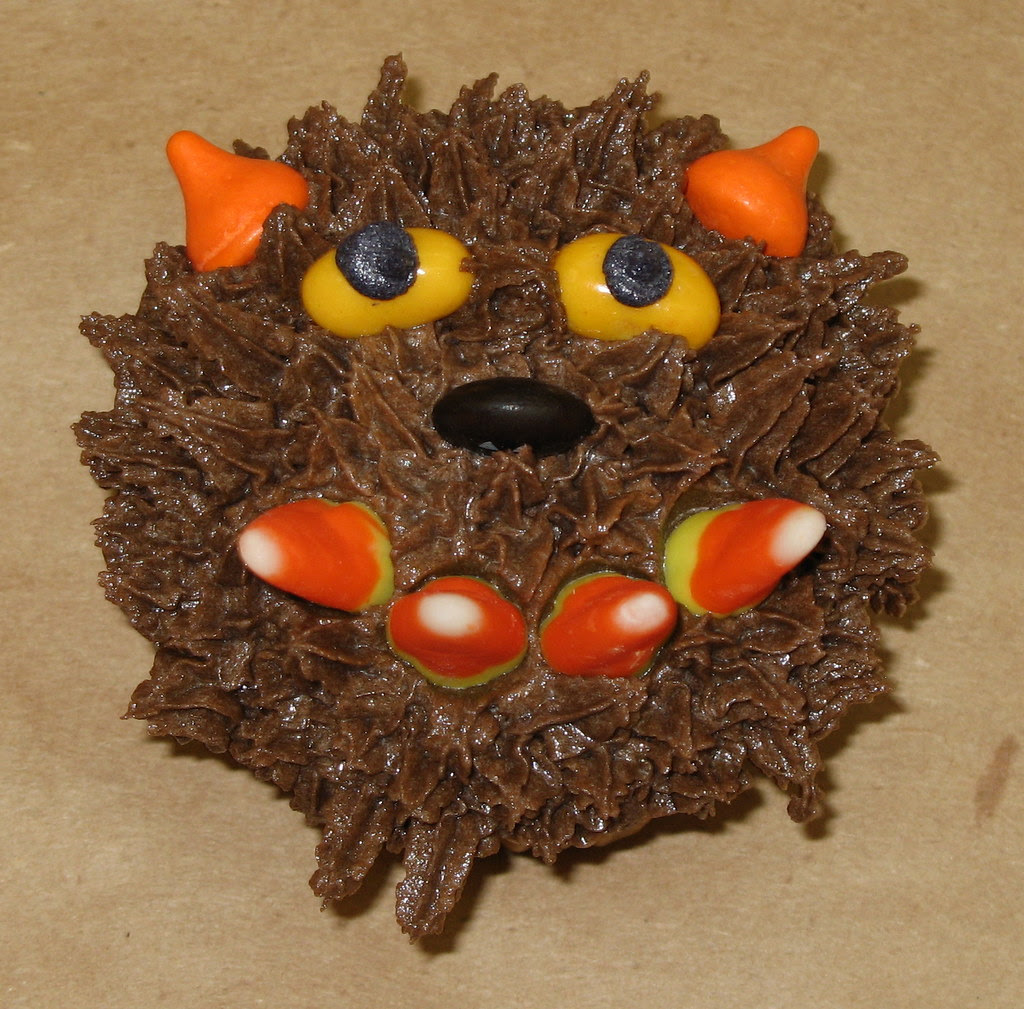 by aubsglamola on Flickr
This werewolf cupcake was made using the cookbook Hello, Cupcake! and was blogged at Tofu and Cupcakes. Excerpt:

It has all these super-easy ideas to make all kinds of beautiful intricately-decorated cupcakes, using just candy. The one I made has a fruit-by-the-foot for the mouth, a couple of m&m’s for the eyes and a jellybean for the nose. You don’t have to have any special frosting tips or anything! 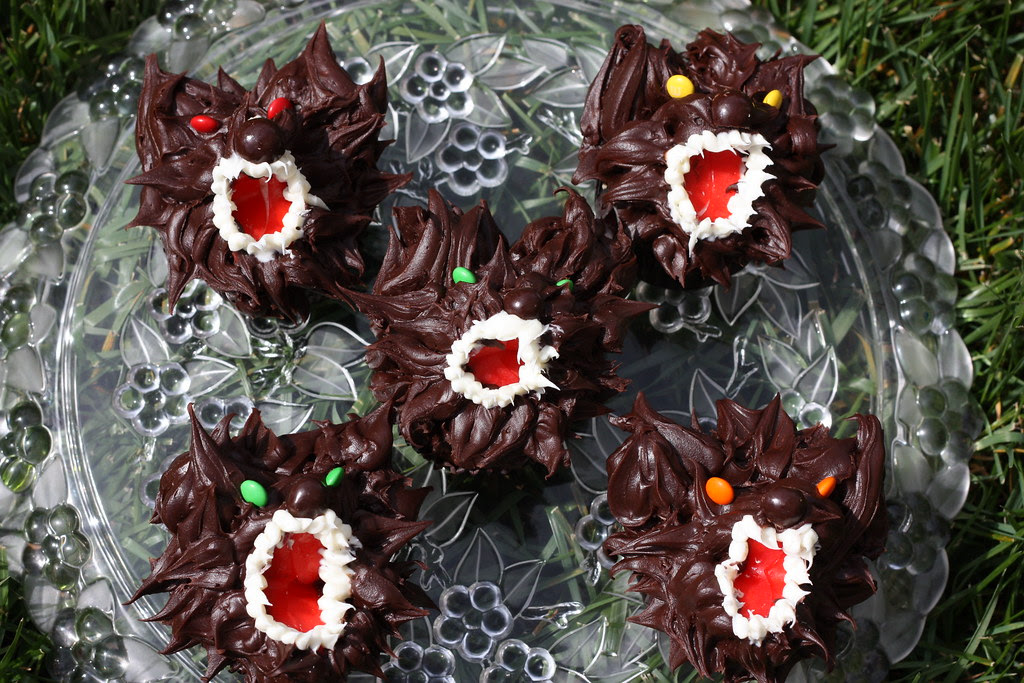 These were also inspired by Hello, Cupcake! and are by Smiley's Sweets and Creations via Flickr 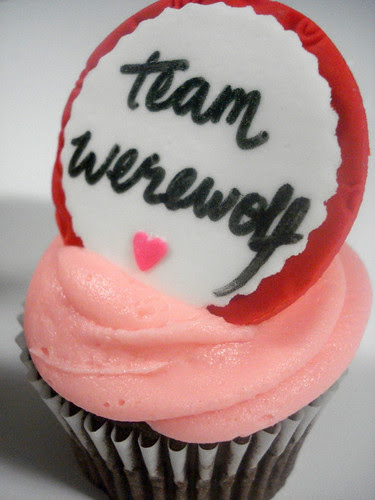 And of course we couldn't forget the Twilight cupcakes, this one by Utah bakery The Sweet Tooth Fairy via Flickr

If you are super into werewolves, our comedian friends Ritch Duncan and Bob Powers have a new book out called The Werewolf's Guide to Life: A Manual for the Newly Bitten (sadly, I don't think cupcakes make an appearance in the book)
animal cupcakes candy and cupcakes candy corn Hello Cupcake jelly beans Smiley's Sweets and Creations The Sweet Tooth Fairy werewolf werewolves