Posted by Rachel on October 07, 2009
I know, I know: for many of you, New York’s infamous Magnolia Bakery is the bakery you love to hate. I can’t tell you how many times we hear some variation of “Magnolia is overrated.” And I will be honest: I used to try to pick the Magnolia cupcake with the most frosting. This was back when there was only one Magnolia Bakery, and it was on perpetually-crowded Bleecker Street. Now, I tend to find their vanilla frosting, which I once loved, way too sweet, and often, their cake dry.

But I was staying in midtown on Sunday night and stopped by their Rockefeller Center location and was in for a major surprise: they had added to their arsenal of cupcake flavors and one of the new flavors was s’mores! How did I miss this? I was thinking, because if you’ve been reading this blog for any length of time, you know that me and s’mores are like…I don’t know, chocolate and peanut butter. I LOVE S’MORES. I was amazed to see them there (only 3 were out when I walked in, meaning they were selling well), because as far as I know, the only other place in New York that does a s'mores cupcake is Dessert Club ChikaLicious. I've seen s'mores cupcakes at other bakeries in other cities but wouldn't really call it a must-have or go-to flavor; it hasn't quite made it into the cupcake canon of red velvet, carrot cake, vanilla, chocolate, etc. 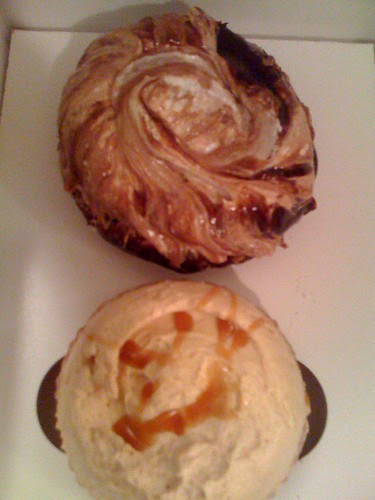 So of course I had to try one. I also got one of their new caramel cupcakes (see above), and just for old time's sake, a vanilla frosting/chocolate cupcake with a pink ribbon, with 50 cents of the $3 cost going toward cancer research (Susan G. Komen for the Cure), and a vanilla/vanilla cupcake with a cute flower on it just to round things out. Total cost: $11.50 (all were $3 each save for the vanilla/vanilla, which was $2.50).

Well, you can tell the difference immediately if you stick your finger in the top of these cupcakes to steal a scoop of frosting which, if you're not sharing your cupcakes, you can do. Whereas the vanilla frosting tends to have a harder surface, the s'mores and caramel offer a lighter and, in my opinion, better frosting.

Let's start with the s'mores because WOW. It was amazing. It was gooey and had this graham-crackeresque cake with this perfect combination of swirled chocolate and marshmallow fluffiness. It really was like a s'more. Any marshmallow and/or s'mores fan should seek this cupcake out ASAP. I've dreamt of it since Sunday. Really. Worth $3 for sure.

The caramel cupcake had a light, fluffy caramel frosting with drizzles of caramel along the top. It was sweet, but actually not as sweet as I was expecting given that the flavor was caramel. I liked the consistency of the frosting and the way it tasted alongside the cake.

Here's what Misty Martin of Magnolia Bakery told me about these new flavors via email:

Here's an "unofficial" description of the S'more cupcake: Graham flavored cupcake dipped and filled with chocolate ganache with a meringue icing

Sadly, the chocolate cake was pretty lifeless; not chocolatey enough and on the dry side. I couldn't handle much of it. The vanilla buttercream frosting was extremely sweet, as I'd expected, but it was cut, ironically enough, by the sugar crystals on the pink ribbon cupcake, giving it a tiny bit of crunch. I was never planning to eat four entire cupcakes, but I couldn't resist gobbling the entire s'mores and then nibbled at the others, but if I had to do it over, I'd seriously buy 3 s'mores and one caramel.

That being said, at around 7:00 on Sunday night, the bakery was crazy busy, and had separate lines for those buying cupcakes and those buying everything else (the guy working the everything else counter did not have a lot of business going on). Magnolia Bakery continues to do well in part because it's a brand name and a tourist attraction, in part because of the locations (West Village, Rockefeller Center, Upper West Side), and in part because of their famous cupcakes. I think many New Yorkers feel that Magnolia's presence in the cupcake marketplace has since been usurped by other bakeries that have opened recently, and I would tend to agree, but think that's in part because until recently (I don't know exactly when these new flavors were introduced) they had the same basic cupcakes they've had for years. Speaking only for myself, I can say that I would go out of my way for one of these s'mores cupcakes in a way I never would for their regular chocolate and vanilla ones. 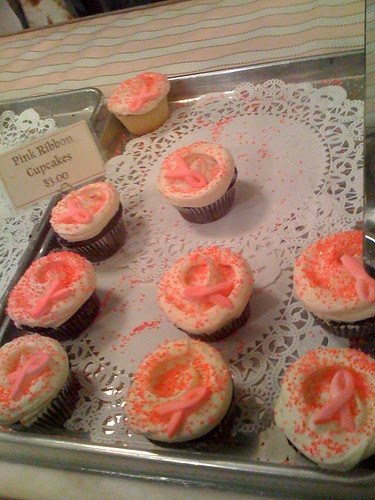 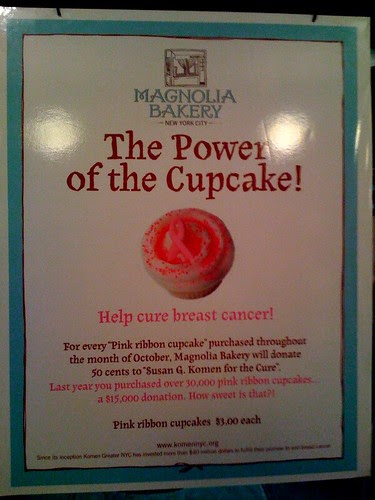 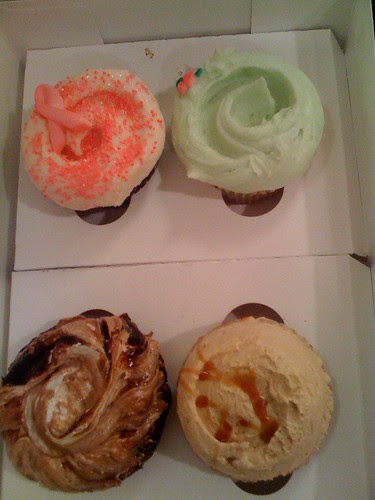 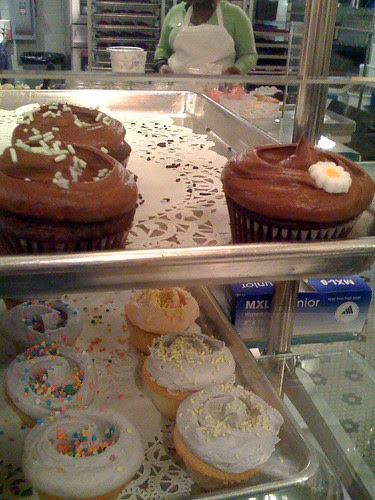 emily said…
Dude, I LOVE smores. Particularly when you get the toasty, charred marshmallow. I haven't ever been to Magnolia because of the meh responses I've heard (and because the one time I tried to go with a friend visiting, it was insane and not worth the headache). But smores? Um, yeah. Chikalicious' smores cupcake was definitely yummy, btw!
10/07/2009 10:58 PM

Becky @ Project Domestication said…
i too am a huge fan of s'mores.