Posted by Rachel on November 04, 2009
Turkey-shaped cupcakes for Thanksgiving. And yes, there's a lot of candy corn action going on here. And technically, yes, there are more than five turkeys here, but I meant five examples of turkey cupcakes, that just doesn't sound as good as a blog post title. 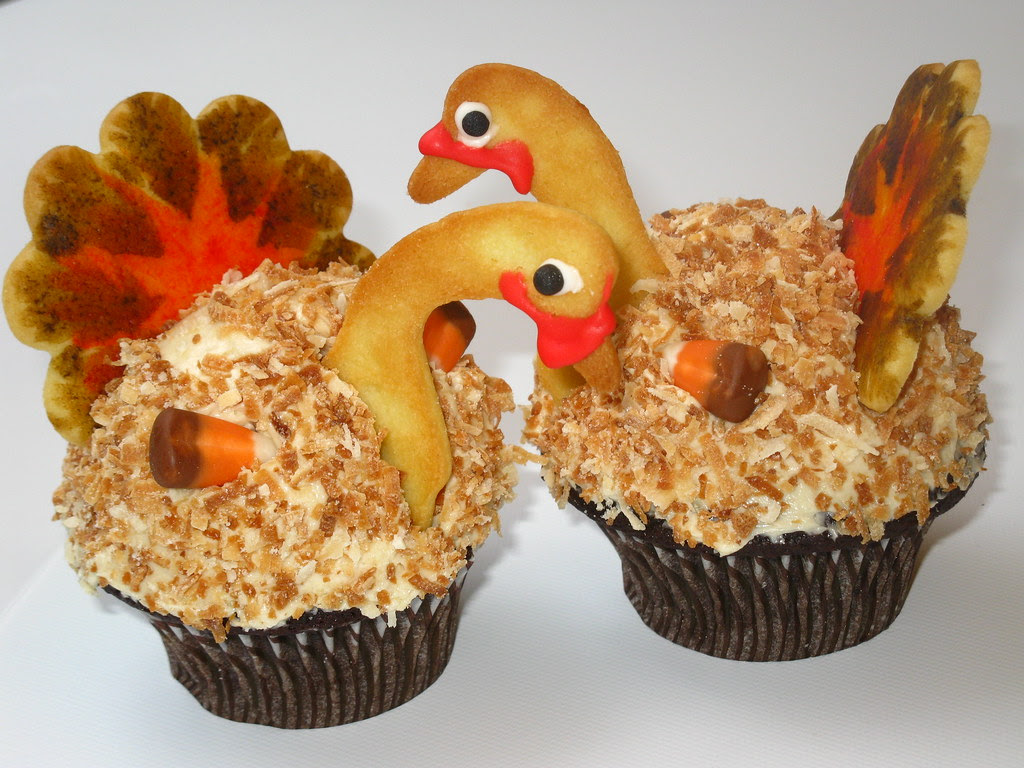 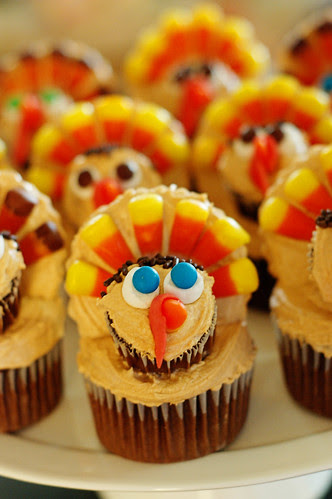 by Dusti's Cupcakes on Flickr (idea from the cookbook Hello, Cupcake!) 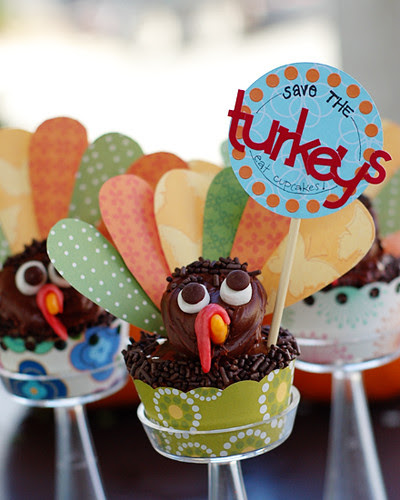 Also by Dusti's Cupcakes, made with paper scrapbook supplies by KI Memories for their site 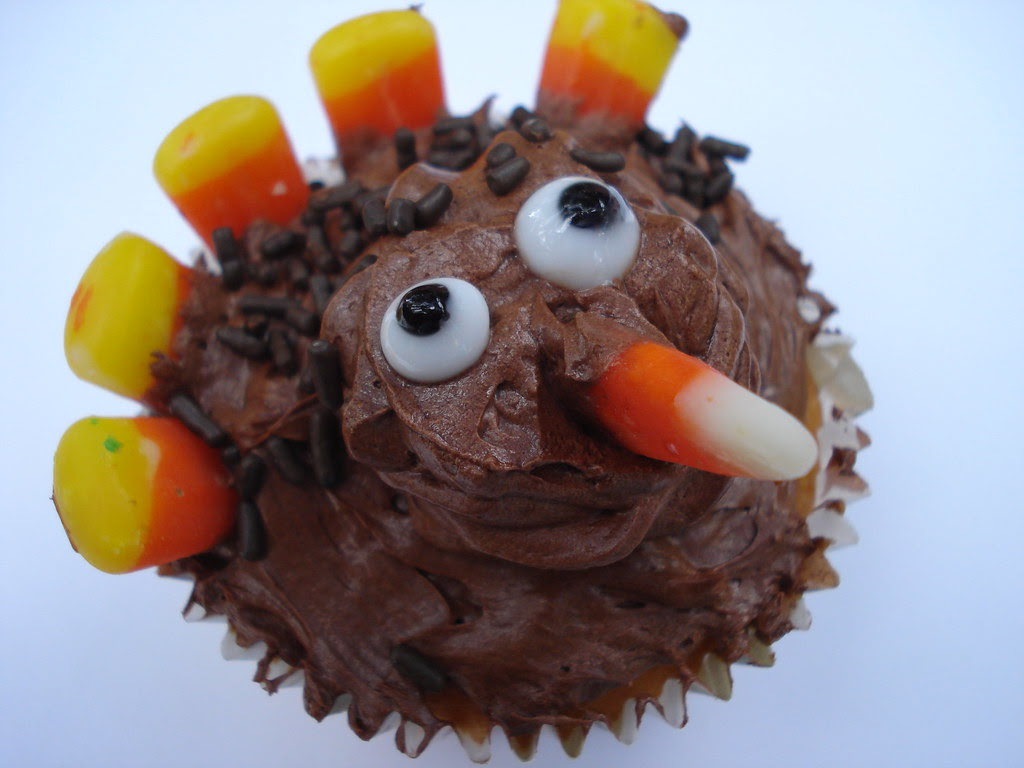 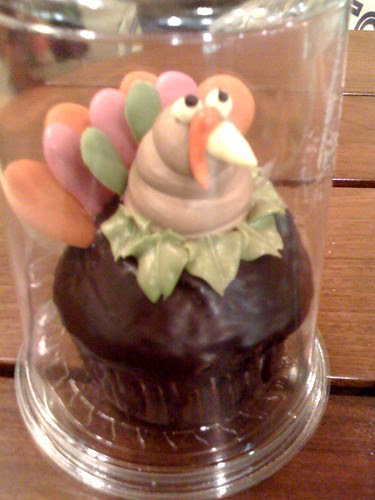 I blogged this Whole Foods turkey cupcake last year but think it's too cute not to reblog.
animal cupcakes holidays Thanksgiving turkey

JujyCakes said…
Rachel et al, thanks for the spotlight..they were so much fun to make...especially painting with gel coloring mixed with vodka!!!
11/05/2009 9:23 AM