Posted by Rachel on February 26, 2010
I flew home on the redye so my cupcake blogging will have to resume once I've had some sleep.

I did want to let you know that I'm working on the videos but hundreds of Portland and Seattle cupcake photos are now in my my Flickr account, organized by bakery (Saint Cupcake, Cupcake Jones, New York Cupcakes, The Yellow Leaf Cupcake Co., Wink Cupcakes, Cupcake Royale and Trophy Cupcakes). Enjoy!

I found the cupcakes below by New York Cupcakes (who are @NewYorkCupcakes on Twitter but businesses, if you want people to see your Tweets, don't lock them!) in Bellevue, Washington. The Easter cupcakes are available for pre-order and the others were red velvet cupcakes gone awry that they playfully turned into little cupcake characters. More on one of my favorite cupcakes I've had in a long time there later, it surprised me that the flavor was so appealing cause it's not usually my thing. More in my New York Cupcakes Flickr set (my sleep-deprived self accidentally tagged these "Wink Cupcakes" but that is wrong, will fix soon). 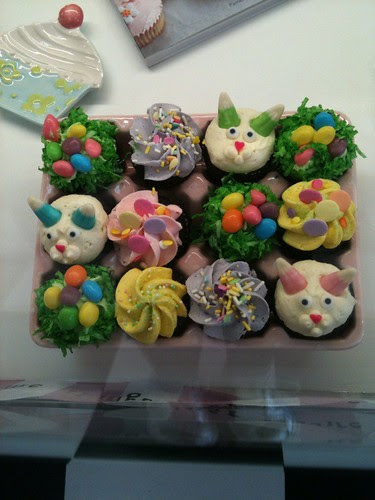 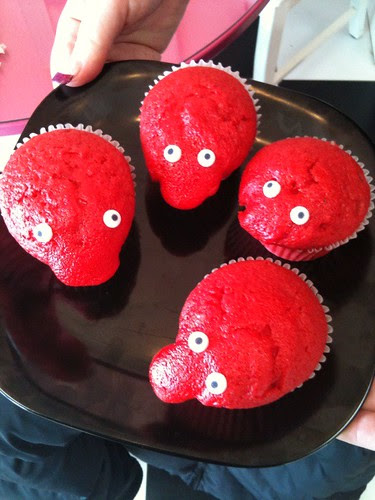 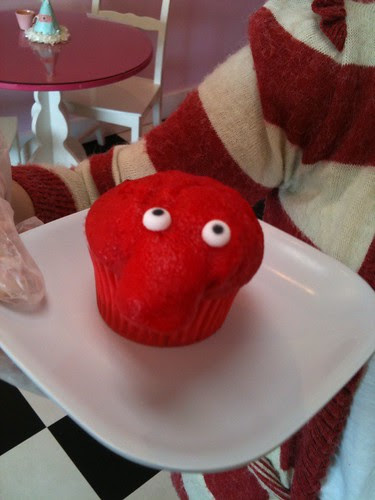 And a little message in their shop: 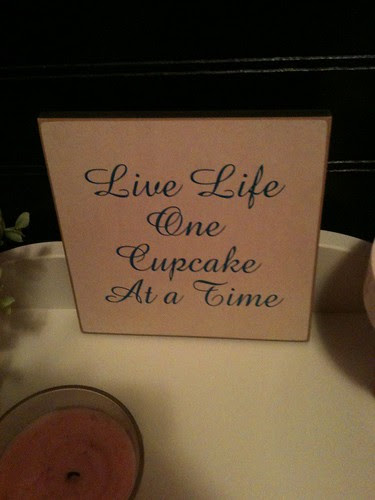