Posted by Rachel on April 27, 2010
Zilly Rosen, who made the infamous Obama/Lincoln cupcake art exhibit in Washington, DC and runs Zillycakes in Buffalo, New York, has a cupcake cookbook coming out this fall from The Ivy Press called Zombie Cupcakes. Here's the description from Amazon.com, where you can pre-order it.

"Zombie Cupcakes" serves up an overdue backlash. Cooked up in the darkest of graveyards, it presents a ghoulish army of delicious creations that appear anything but sugar-coated. Recipes range from Zombie Flesh to Zombie Brain, from Gravestones to Night of the Living Cupcake. All the cooking and icing techniques are included, and every recipe features step-by-step instructions for the baking and icing, alongside devilish illustrations and photography. As a finishing touch, zombie quiz panels will test your undead knowledge, making this the book that will raise the spirits at even the most lifeless of gatherings. 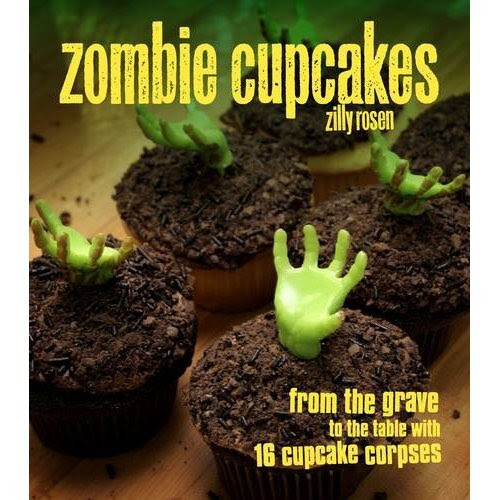