Posted by Rachel on December 03, 2010
Blogger Bakingdom made steampunk cupcakes with a top hat and goggles (!) for the holidays, using a vegan chocolate cupcake recipe and Tootsie Roll modeling chocolate. Visit Bakingdom for step-by-step instructions. Photos via Flickr. 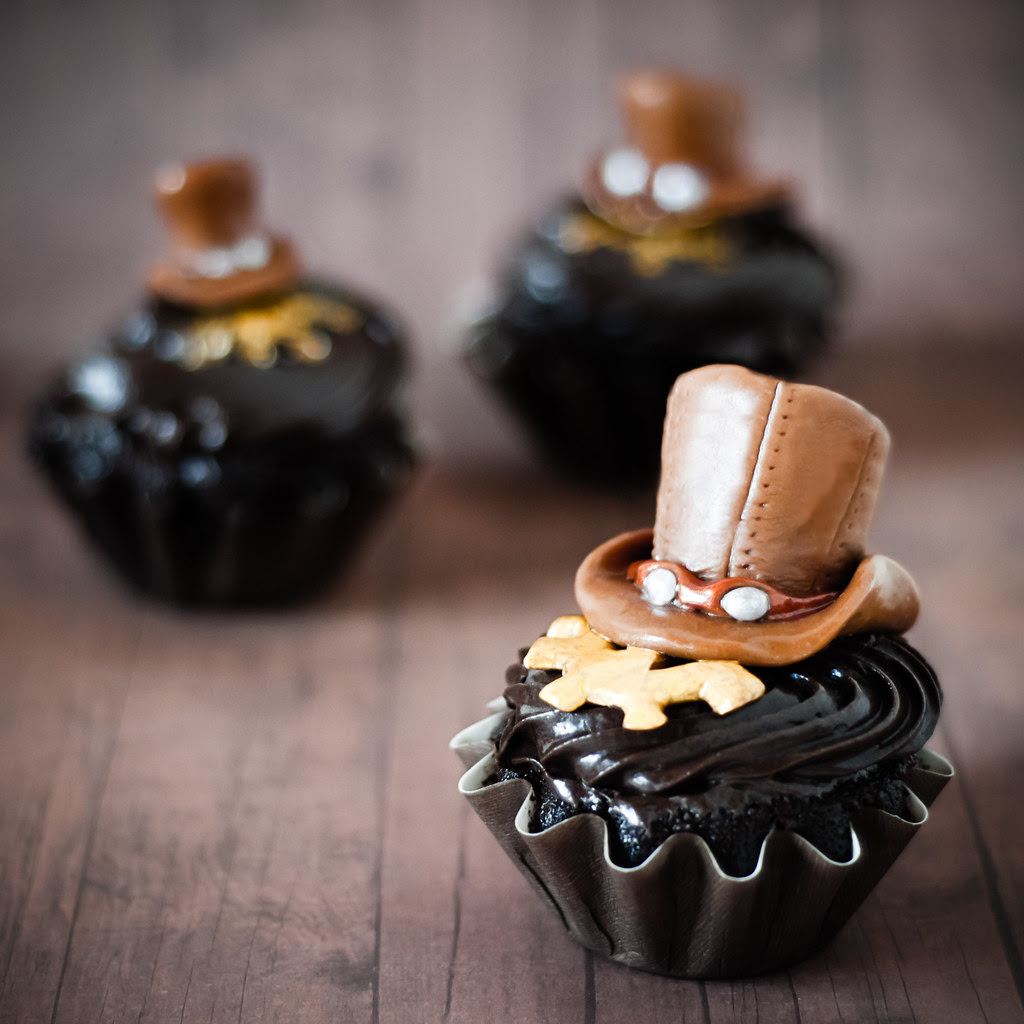 From Bakingdom, which you really should check out to see these cupcakes in all their glory, and learn about the detail that went into making them:

I know it probably made sense to do something holiday themed, but I decided to make steampunk themed cupcakes, because...well...I wanted to! I love steampunk stuff, and there really aren't a whole lot of steampunk themed cupcakes out there, but also because the brown color wouldn't be much of a hindrance with them. I kept things relatively simple with just an adorable top hat and goggles, accented with little golden gears. Is it wrong of me to say that I freaking love how they turned out?! Seriously, I just think they're so cute! Plus, they were shockingly fast, once I figured out just what I wanted to do!

By the way, those perfectly steampunked cupcake cups came from (where else?) Bake It Pretty! I was a little worried at first that they would be too tough to get the cupcakes out of, but they peeled away beautifully (and in one piece)! Plus, you don't need a muffin pan to use them! Just space them evenly on a rimmed baking sheet, fill them with two tablespoons of your favorite cupcake or muffin batter, and bake normally! Aren't they the cutest?! 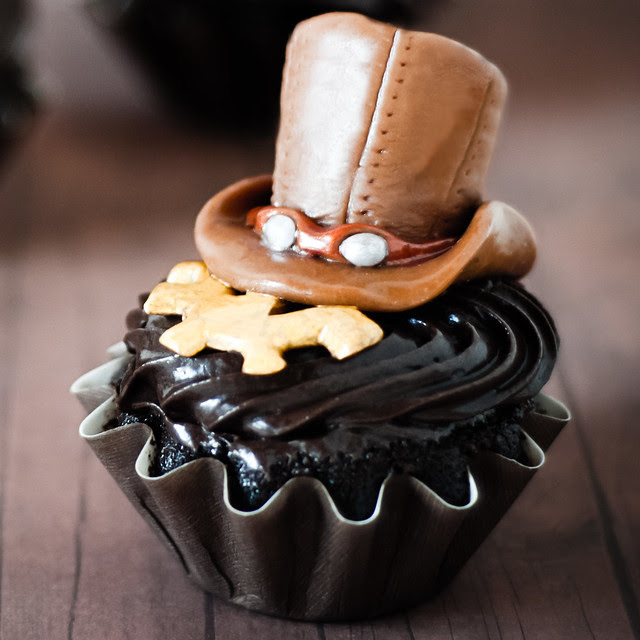