Posted by Rachel on December 01, 2011
So I know these aren't really cupcakes, but I'm posting them because it just occurred to me that another reason cupcakes are popular is their shape. People are constantly doing things like folding onesies or towels into the shape of a cupcake. It's an image, an icon, something fun and familiar, so even when it's really "cupcakes," like these breakfast treats featuring bacon and egg shaped into the form of a cupcake and placed in cupcake wrappers by Awesome Galore, they still hold appeal (via Bit Rebels). 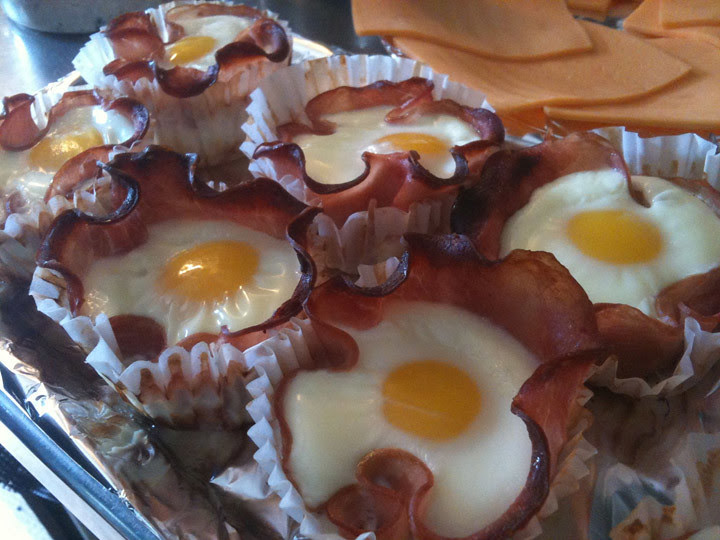 What do you think of foods shaped into the shape of a cupcake? Cute or impostors?
bacon breakfast cupcakes cupcake shapes eggs faux cupcakes is it a cupcake