Posted by Nichelle on February 28, 2012
Yesterday I met up with Jill Fontaine from Stay Calm Cupcake. She's in town from Florida for a marketing conference. I took her on a mini-tour of cupcakes places.  We went to Molly's Cupcakes, Sweet Revenge, Georgetown Soho, Baked By Melissa, Little Cupcake Bake Shop and Billy's Bakery. Walking to six places in two hours was quite a feat.  I think of Soho as a "cupcake corridor" since they are several bakeries in the neighborhood. Jill and I loved the Honey Banana at Georgetown Soho. 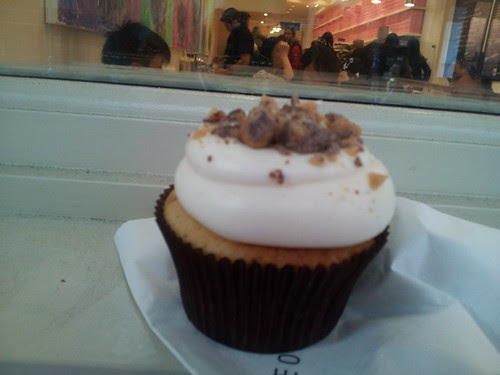 I really enjoyed the Toffee Crunch from Georgetown Soho.
Jill also gave some of her signature cupcakes in jars. 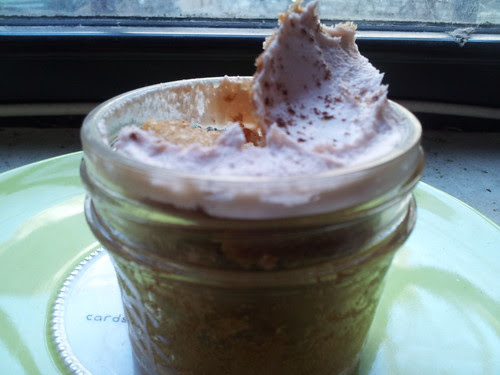 This morning I had one of yummy cupcakes for breakfast which was a cinnamon brown sugar cake filled with vanilla cream and topped with caramel frosting and dusted with cinnamon. Jill is also planning to have her cupcake truck and running starting this summer in Orlando, Florida. Follow @staycalmcupcake on Twitter for updates and check out the Stay Calm Cupcake Etsy shop.