Posted by Rachel on March 29, 2012
We'll have more about 9-year-old debut author Carrie Berk, who blogs about cupcakes at Carrie's Cupcake Critique and her new novel, the first in a series, Peace, Love and Cupcakes, about a group of little girls who form a cupcake club at their school, start a cupcake business, fight bullies and have fun baking, decorating and learning about each other. It was written along with her mom, Sheryl Berk, and will officially be on sale Tuesday, April 3rd, in print and ebook form. And of course there are cupcake recipes at the back of the book, including one for ecolicious cupcakes and others that play a role in the plot. 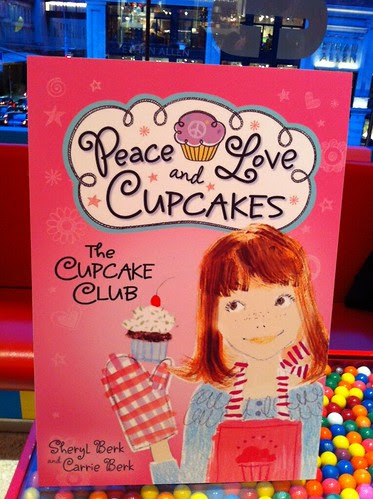 Here are a few snapshots from tonight's amazing book party at Dylan's Candy Bar in Manhattan; it is a dream space and was set up with a chocolate fountain where you could get Peeps, marshmallows, Rice Krispie treats, pretzels, strawberries or bananas dipped in it, a cupcaketini cocktail, which had Frangelico, Bailey's and Kahlua (adults only, obviously) and adorable custom mini cupcakes courtesy of Georgetown Cupcake, which managed to replicate the book cover exactly, with glitter! So much fun and if you have little kids, check out Peace, Love and Cupcakes; the next novel, Recipe for Trouble will be out in November. You can also follow Carrie on Pinterest as well as @CBCupcakeCritic on Twitter and on Facebook. Congratulations on a sweet party and a sweet book! 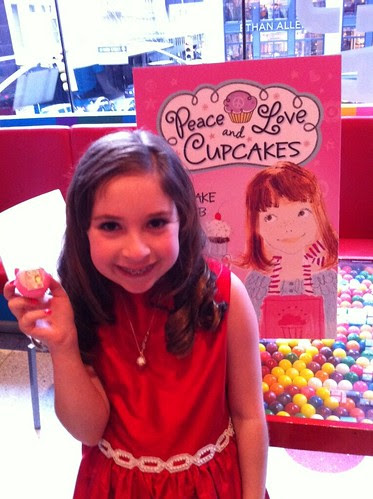 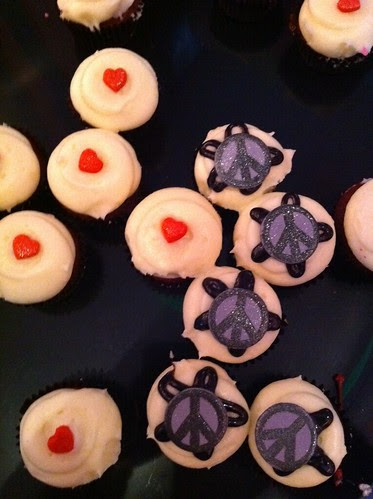 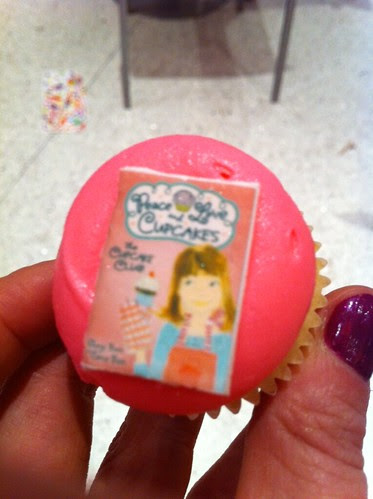 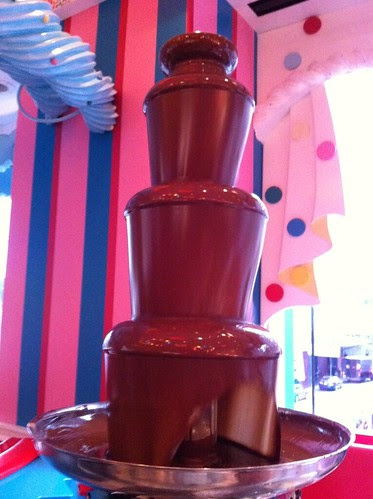 chocolate fountain - I want to have my next birthday party (um, my 37th) here! 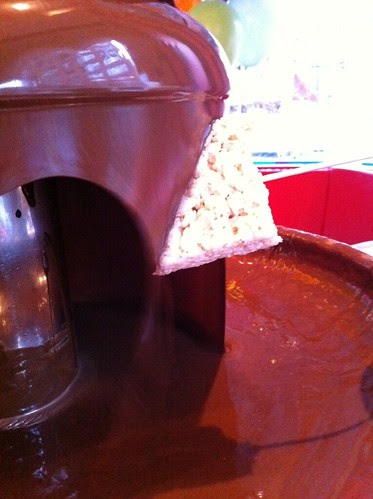 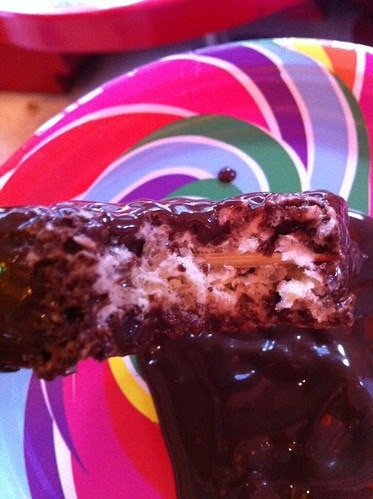 yes, my chocolate-covered Rice Krispie treat was as delicious as it looked 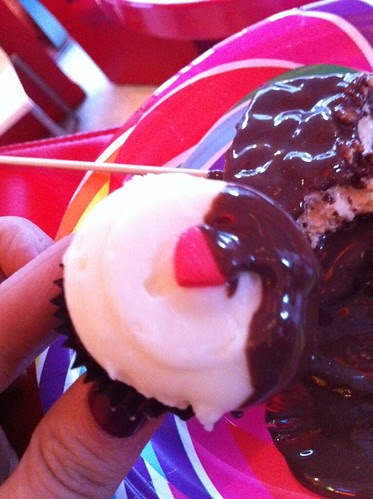 bonus: there was plenty of hot, gooey chocolate to dip my mini cupcakes in! 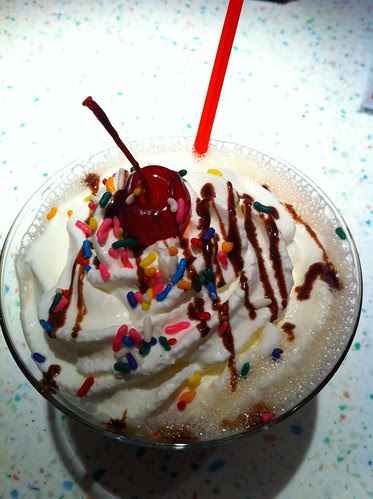 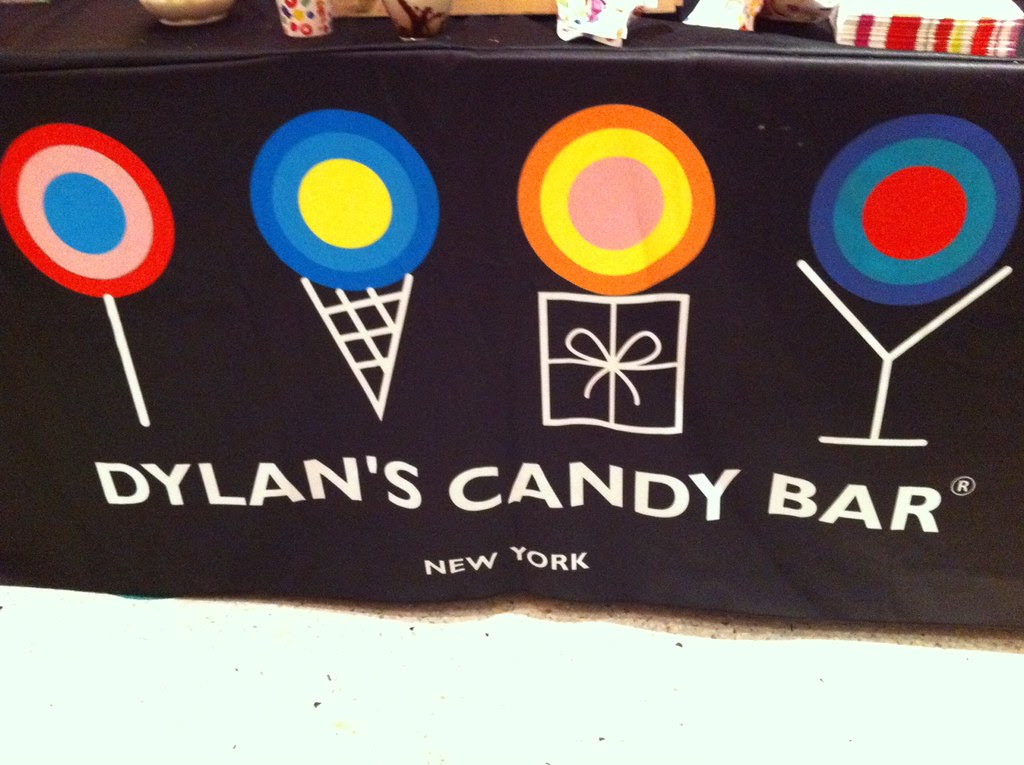 Lattes and Lipstick said…
How cute is that? loves it