Posted by Rachel on June 22, 2012
This year, it's not just hot dogs that will be competitively eaten, but cupcakes as well! One June 30th, a cupcake eating contest will be held at Demo's Wonder Wheel, judged by Georgetown Cupcake owners and DC Cupcakes stars Katherine Kallinis and Sophie LaMontagne. From Brooklyn Daily:

Seven professional competitive eaters from All Pro Eating, the organization sanctioning the event, will square off at 5 pm on W. 12th Street to see who can scarf down more vanilla cupcakes with vanilla buttercream frosting in eight minutes, event organizers said.

LaMontagne predicted that the winner will eat around 60 treats — but even that would fall short of the record set by Pat “Deep Dish” Bertoletti, who ate a stunning 72 cupcakes in just six minutes at the Isle Waterloo World Cupcake Eating Championship in April.

And via the Georgetown Cupcake Facebook page, here's their summer flip flop cupcakes, available only by pre-order at georgetowncupcake.com - the flavors are strawberry, lemon blossom, key lime and orange blossom. 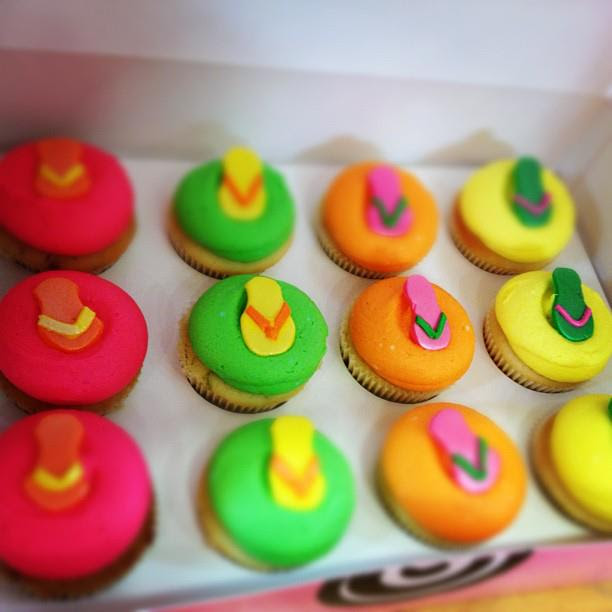