Posted by Cupcake Activist on June 25, 2012
This was not my first time tasting The Cake Mamas cupcakes. They've been around the cupcake circuit for quite some time now. I first discovered them at Cupcake Camp IE in 2010, where they wowed me with their Autumn Apple cupcake. I saw them just a few months later at LA Cupcake Challenge 2011. A year later they competed and won the Wicked episode of Cupcake Wars. And most recently they won 2nd place at this year's LA Cupcake Challenge 2012 (they actually had my favorite cupcake at the event).

With all of these accolades, I definitely owed them an official visit to their shop. So after racing my first triathlon post-baby (go me!) in San Dimas, I treated myself to some cupcakes at The Cake Mamas in Glendora. 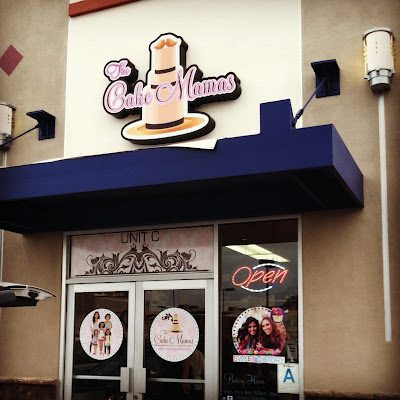 Normally a rainy Saturday afternoon would keep people away from stores, but when I arrived The Cake Mamas was packed! People were picking up custom orders, others were just stopping by for a treat, and they were also loading up a van for a catering order. There was definitely a good vibe in the air. 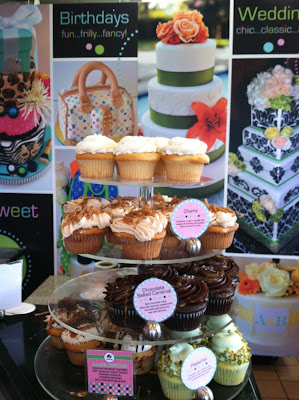 I've met Fabiola and Janelle several times before and they have always been super friendly. One funny fact about them is that Janelle is married to Fabiola's ex-husband. They call themselves The Cake Mamas because they are moms of the same kids. I think that's awesome! 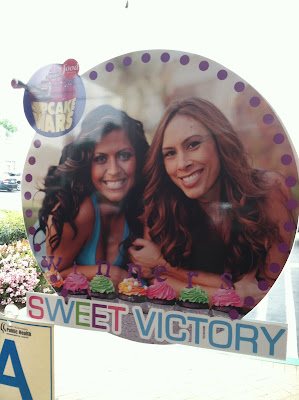 Now onto the cupcakes. Too many choices to try all of them, so I had to narrow my decision down to nine. Yes, you heard me: I only picked nine. 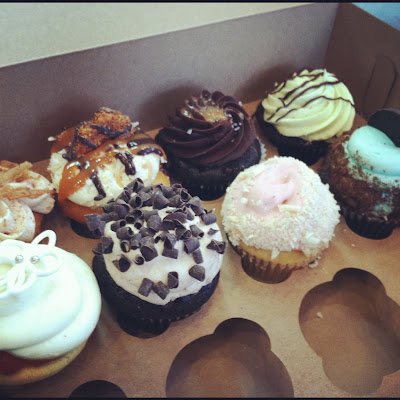 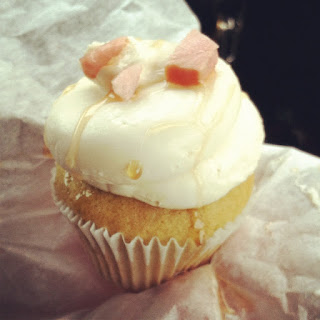 Churro: cinnamon sugar cupcake with sweetmilk frosting and topped with cinnamon crunch. Packed with cinnamon flavor. I loved the crunchies on top! Easily one of the favorites of the day.

Chocolate Salted Caramel: rich chocolate cake filled with caramel, topped with chocolate ganache and sea salt caramel. This was easily my favorite and I remembered why it was my top pick at the LA Cupcake Challenge this year. The creamy chocolate frosting combined with the caramel center and pinch of salt on top makes this cupcake perfect. Winning cupcake for sure!

Guinness Bailey's: chocolate Guinness cake with Bailey's infused frosting. I'm not an alcohol drinker, but I'm always willing to try a cupcake with a flavor I'm not familiar with. The flavor was a bit intense in the frosting (since the alcohol doesn't get a chance to burn out), but I enjoyed the flavor of the cake.

Chocolate Truffle: chocolate cake filled with chocolate ganache, a thick layer of chocolate mousse, finished with dark chocolate curls. I tried this cupcake two years ago at LA Cupcake Challenge and loved it! It's full of all kinds of chocolate. The chocolate curls give it a delicious crunch.

White Chocolate Raspberry Cheesecake: The strawberry frosting was creamy and smooth. I loved the special touch of a graham cracker crust. The cake was more dense than a normal cupcake, but that makes sense since it was a cheesecake cupcake.

Thin Mint: chocolate cupcake with mint buttercream, side rolled in Thin Mint cookie crumbs, and finished with a Thin Mint cookie. The smoothness of the frosting reminded me of thin mint ice cream. The mint flavor was perfect (unlike some that taste like toothpaste). One of favorites of the day!

Green Eggs & Ham: green cupcake, pancake flavored with maple syrup and ham, topped with maple syrup buttercream and ham. I've had many breakfast sweet/savory cupcakes before, so I was pretty sure I was going to enjoy this cupcake. Experience proved right! The whipped maple frosting tasted like whipped butter on pancakes. I wouldn't want the frosting to be any thicker or it would be too overwhelming. Surprisingly ham works well in a cupcake. 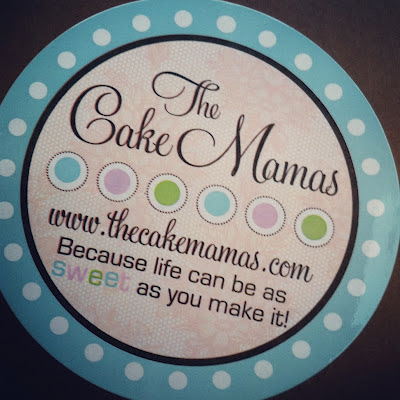 I can't resist taking pictures of my cupcake carnage. This greeted me at breakfast the next day. Talk about starting my day off right! 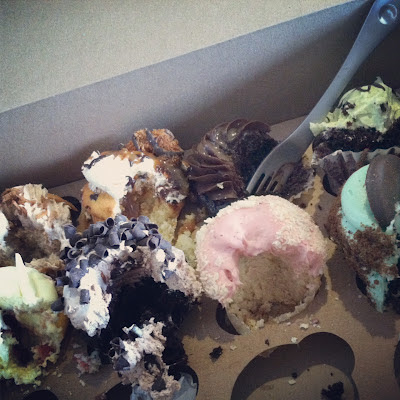 You can't go wrong with The Cake Mamas. Lots of cupcake choices, delicious cakes and frostings, attention to detail, and great prices ($2.50 for normal cupcakes and $3.00 for specialty). One thing worth noting is that they told me that their frostings are not typical American buttercreams. If you're hoping for an extra sweet frosting like Sprinkles, you won't find it here. I thought their frostings had just the right amount of sweetness that paired perfectly with their cupcakes. Thumbs up for The Cake Mamas!