Wow, Cupcake Royale is now at Safeco Field in Seattle, Washington! It is the official cupcakery of the ballpark and of the Seattle Mariners. (Now, if the team could just win a game or two...) You can find them at several locations within the ballpark: Sections 133, 185, 214, 316 as well as in the Diamond Club (fancy) and The Moose's Den (not quite as fancy). 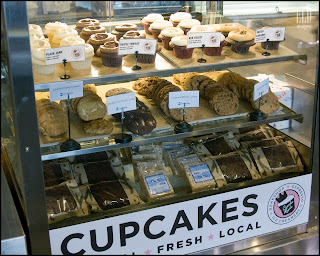 I have no idea which section our stringer out west (ELD Images) shot these but he didn't get a chance to try the cupcakes. [Edit: ELD sez he and the missus were at section 214, the Terrace Club. Also, he suggested that they ought to have a baseball-themed cupcake, like the one that Emily Joy created (last shot), commissioned for the team.] 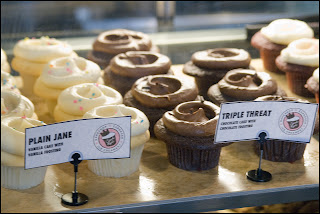 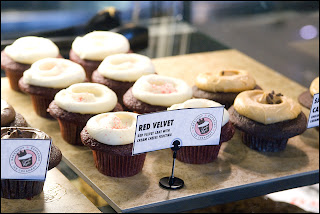