Posted by Rachel on June 20, 2012
Leave it to the innovative Disney's Hollywood Studios to make cupcakes I've never seen before: ice cube cupcakes! Via Disney Food Blog. These were posted in November 2011, and were holiday ice cubes. From the post: "According to Sue, it seems to be a regular chocolate cupcake. From the look of it, it seems to be “dusted” with snow and features a twinkly light-up ice cube in the middle! Kind of like a snowy iceberg floating out at sea!" 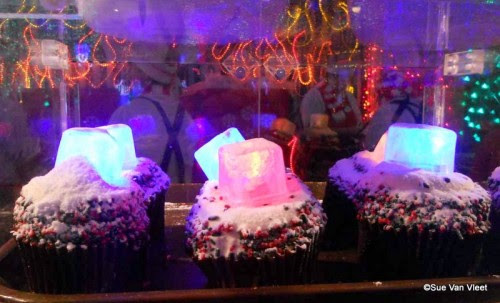 This would be a good time to tell you that right now the Disney Food Blog 2012 Cupcake Crawl is going on! Check out the post for details.

Other Disney cupcake offerings, all via posts at Disney Food Blog, which I highly recommend for its always-fun and sometimes over-the-top posts about items you never would've imagined: a cottontop Tamarin cupcake, Darth Vader and a giant elephant! And my still-favorite cupcake flavor: s'mores. 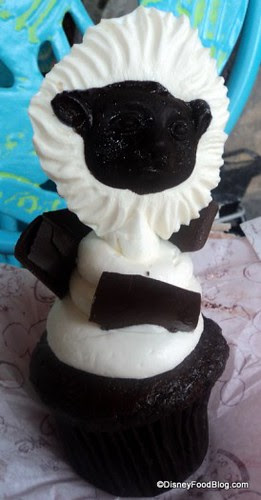 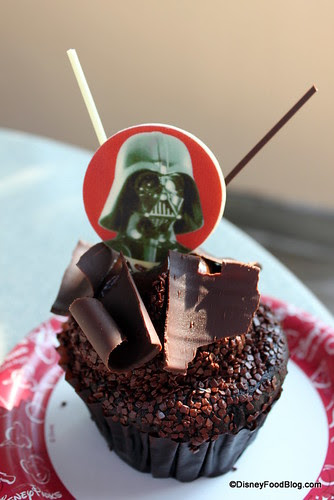 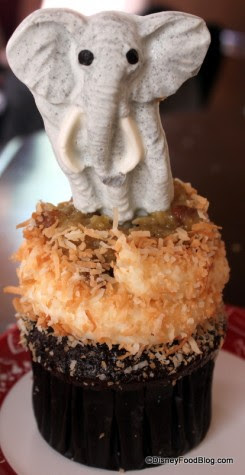 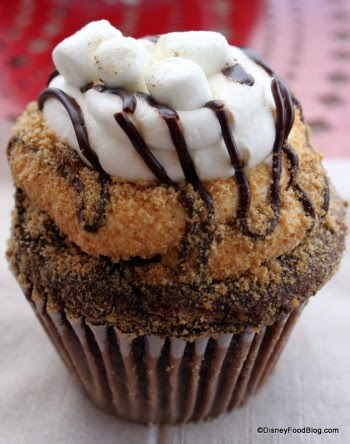