Posted by Rachel on July 11, 2012
Sprinkles Cupcakes has plans to open 3 more 24-Hour Cupcake ATMs in August in Houston, Chicago and Washington, DC (Georgetown), though dates aren't confirmed yet, to join the one adjacent to their Beverly Hills store. Follow @cupcakeATM on Twitter and the Cupcake ATM Facebook page for the latest news. 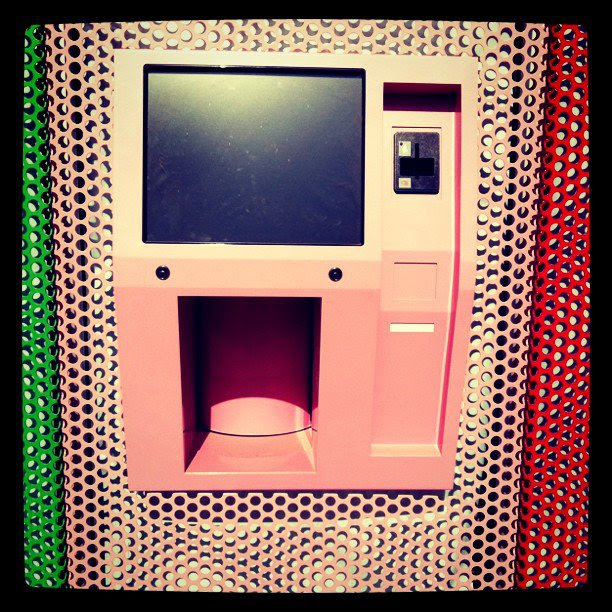 The Washington Post reports that Candace Nelson, co-owner of Sprinkles, estimates Cupcake ATM sales at 100,000 cupcakes a day, and that nine total Cupcake ATMs are planned for this summer, but a Sprinkles representative told us that the 3 listed above are the most immediate ones to open, followed by New York City. From the Washington Post article:

The technology could allow the company to expand without opening additional brick-and-mortar locations, saving millions in build-out and operations costs.

“We could just use our production facility and restock the ATMs across town,” Nelson said. “It’s an interesting consideration for us, but we’re going to wait and see how the ATMs do before making any moves.”

In the meantime, Sprinkles is heading abroad with 34 stores planned in 10 countries in the Middle East, including Jordan, Egypt and Morocco. The company in June signed an agreement with M.H. Alshaya Co., a Kuwait-based franchise operator, to bring the bakery to the region. The first store is scheduled to open in Kuwait in December.

Per Sprinkles' VP of Marketing Nicole Schwartz: "Since the Cupcake ATM in Beverly Hills has been selling over 1000 cupcakes a day, it has been necessary for our ATMs to be attached to a bakery to fulfill the demand. Once the Cupcake ATM at our Georgetown bakery is up and running, we will work on branching out to other locations around town."

In other Sprinkles news, via their Facebook page, if you are in the Hamptons this summer, get your cupcake fix with Sprinkles Cupcakes at Dylan's Candy Bar, 52 Main Street, East Hampton. Below, also via Facebook, cupcakes on the beach and a Sprinkles cupcake sundae from Sprinkles Ice Cream in Beverly Hills (cupcake bottom + heaping scoop of ice cream + cupcake top). Visit sprinkles.com for details on all their locations. 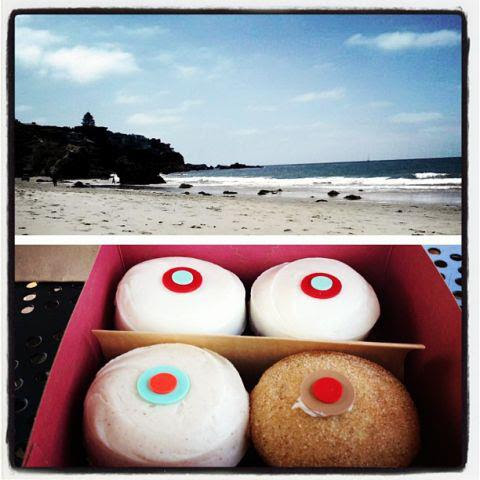 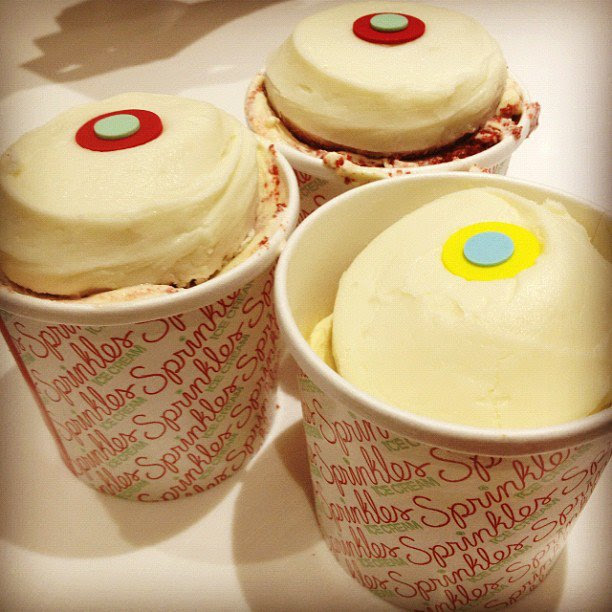