Posted by Rachel on July 18, 2012
Marissa Mayer just became the CEO of Yahoo! and many news articles are touting her cupcake connection--basically, that she's into them, so much so that she reportedly has a spreadsheet of her favorite recipes and frosting. From People: ""When she wanted to come up with the perfect cupcake, she came up with a spreadsheet of ingredients to figure out the perfect recipe," Search Engine Land editor-in-chief Danny Sullivan said." Here's a typical headline, from the Sydney Morning Herald: "Marissa moves on: Yahoo poaches cupcake-loving Google exec as next CEO." Here's a photo of Mayer by Andrew Mager blowing out cupcakes at Techcrunch 50: 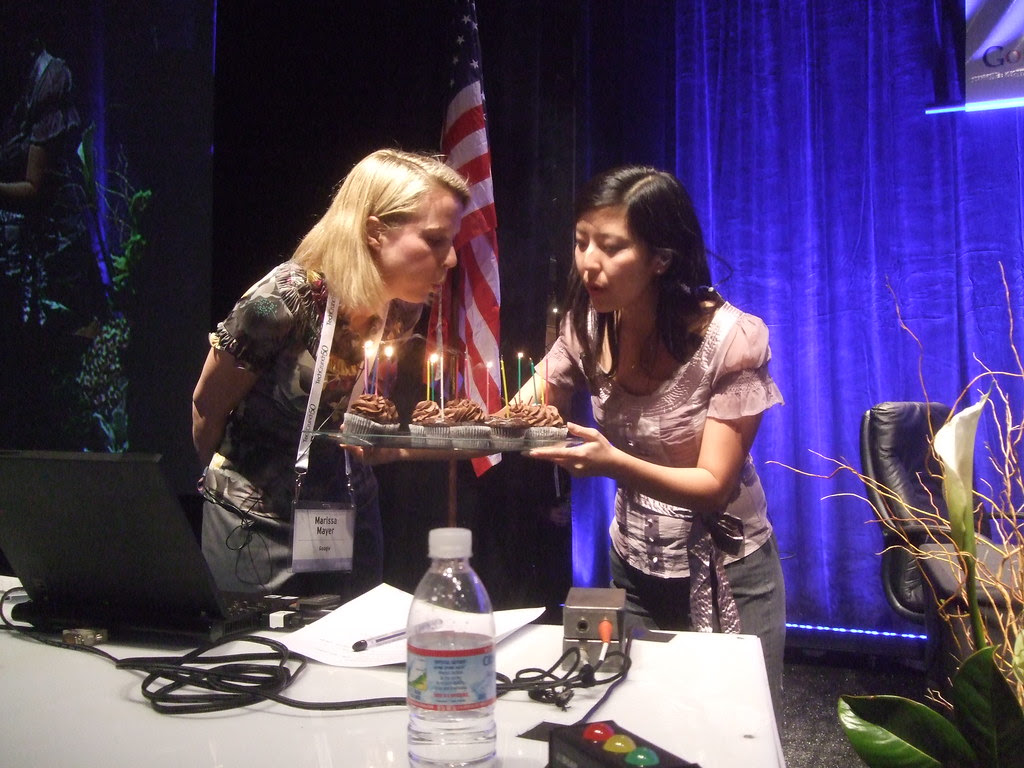 If you've got Yahoo! cupcakes you'd like to share, email us at cupcakestakethecake at gmail.com with "Yahoo!" in the subject line or add them to our Flickr cupcake photo pool. 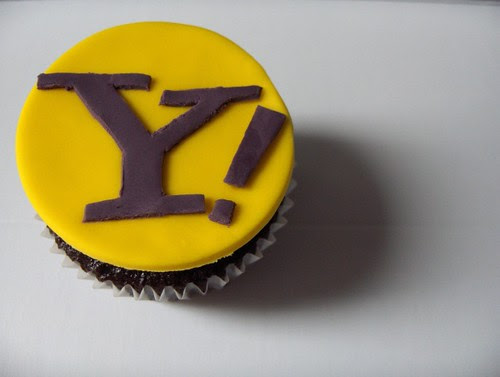 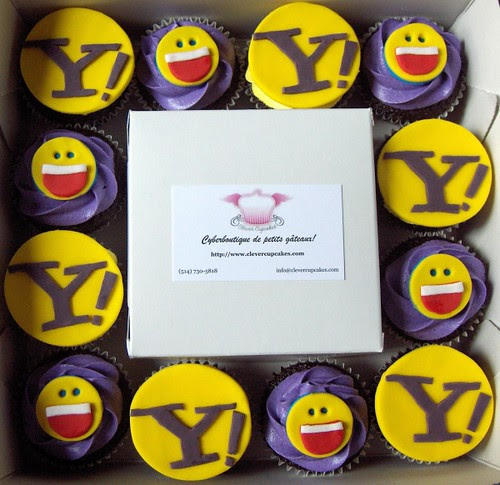 Yahoo! cupcakes by Clever Cupcakes in Montreal, via Flickr 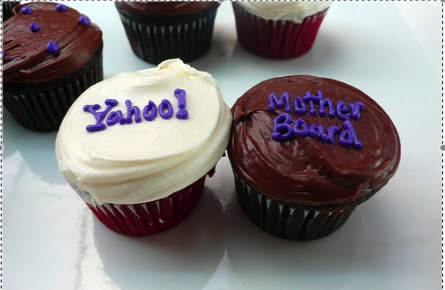 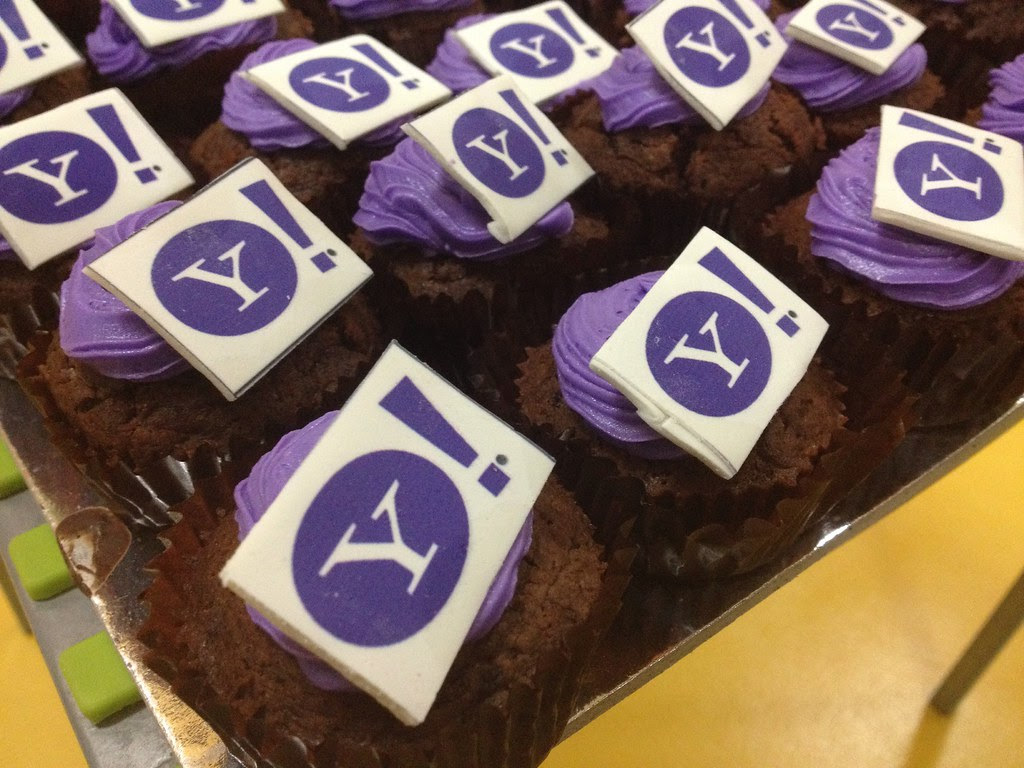 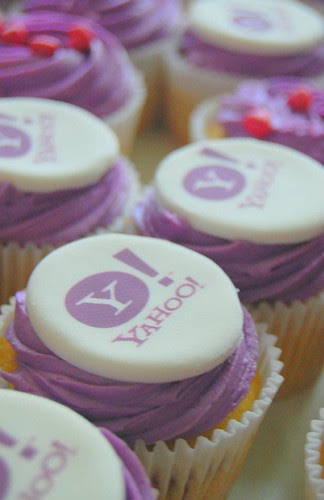 Corporate cupcakes by The Sweet Cupcake Co. in Dublin, Ireland, via their Facebook page 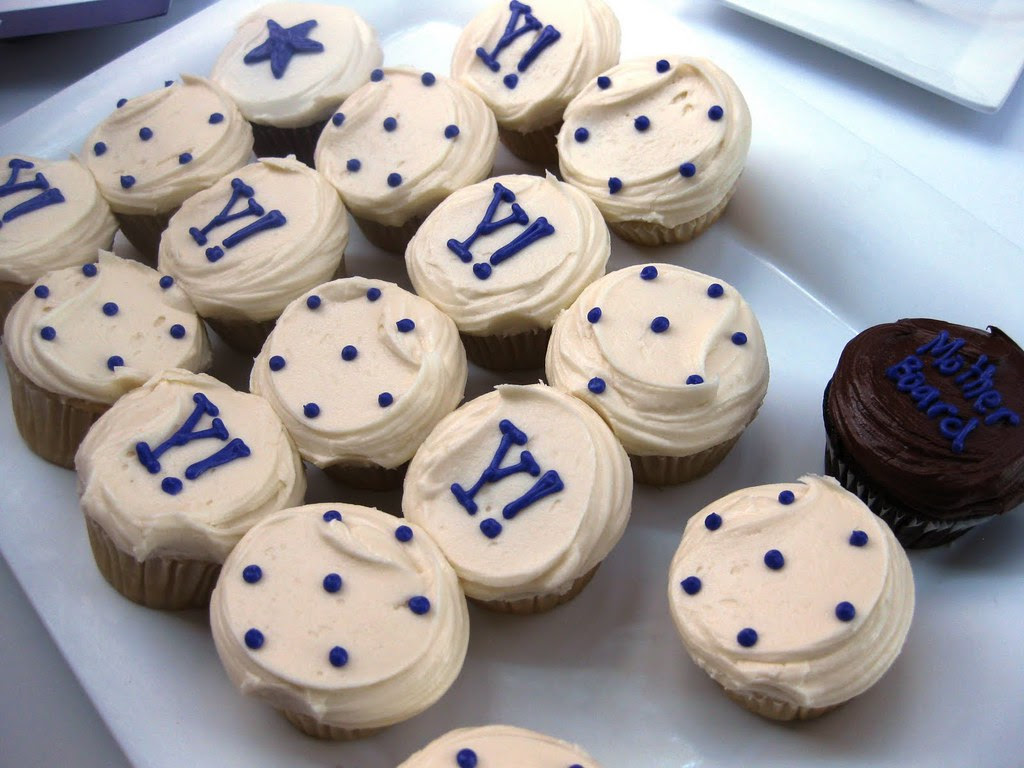