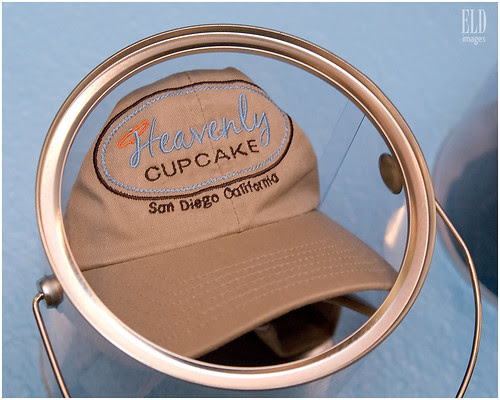 While in San Diego, California, our Seattle-based stringer ELD Images and his wife Muffin D’Amour had a chance to visit Heavenly Cupcake, located on Sixth Avenue in the heart of the bustling Gaslamp District. They caught up with Jill Reilly, the co-owner, and her baking manager, Alex, to learn more about the story behind Heavenly Cupcake.

A former graphic designer, Jill purchased Heavenly about a year ago, as a sister business to her Cute Cakes Shop, which opened in 2010. Since acquiring Heavenly, Jill, her husband Dave, and Alex, have worked tirelessly to raise the quality and consistency of the products at Heavenly, as well as the shop’s reputation, which suffered prior to the change of ownership. The steady stream of customers we saw during our visit is a testament to their success.

For Jill, baking has been a lifelong passion, a gift from her grandmother that she has almost taken for granted. One of her most poignant moments, however, was when she made a birthday cake for a customer’s child, and the mother was overcome by emotion. Jill was initially worried that the mother’s tears were angry, when in fact, they reflected the fact that she was able to give her daughter something she never received growing up. At that moment, Jill realized that the baking knowledge and skills she took for granted really could bring joy and meaning beyond the flour and sugar. She knew – at that moment – that this was her career calling.

Baked fresh daily, Heavenly’s cupcakes often draw upon recipes from Jill’s childhood and southern heritage, giving them a more homemade taste than other cupcakes we’ve had.  She’s also not afraid to take some chances with flavors (e.g. the All-American BBQ) and textures (the actual Oreo cookie inside the cookies & cream). 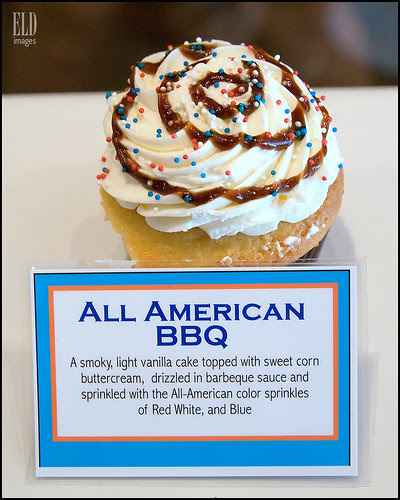 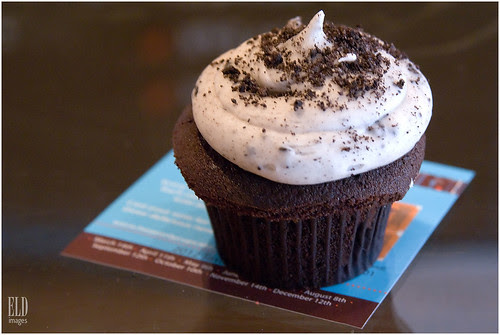 
Heavenly Cupcake has eleven employees, and all of those we spoke with were friendly, engaging, and clearly had a passion for what they do.  They were also very receptive to feedback, not only from us, but also from their local customers. Heavenly hosts regular tasting parties – at least once a month – where the first 250 customers get a tasting plate of three mini cupcakes and vote on the one to be added to the regular roster, which currently stands at twenty-seven flavors, sixteen to eighteen of which are available every day.  We sampled fifteen cupcakes, including three of the experimental cakes being auditioned for permanent resident status.

Without exception, every cupcake sampled was quite tasty, even those that aren’t normally among the favorites, but here are a few of the highlights. Strawberry lime margarita has tequila in the cake, but it served mainly to keep it moist, rather than imparting a strong flavor. The vanilla butter cream frosting had a hint of lime. The strawberry cake was fruity and moist. The pink fondant straw added a clever touch. 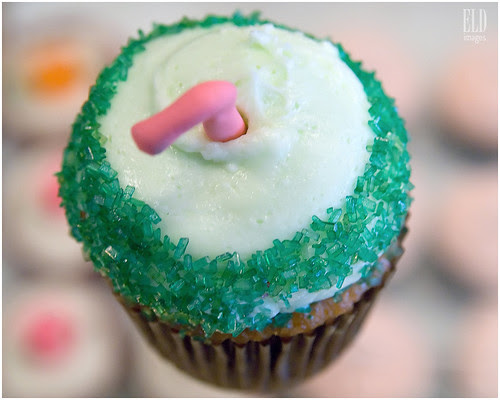 The key lime pie was another great cake. The graham cracker bottom supported a moist lime cake.  A touch of Florida, without the humidity. The pumpkin cupcake featured a pumpkin spice cake, replete with the expected flavors of fall, frosted by a cream cheese spice, and topped with a maple leaf. O Canada! 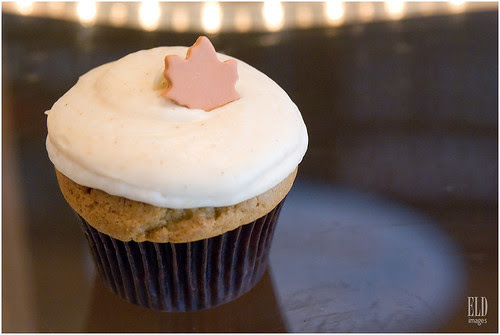 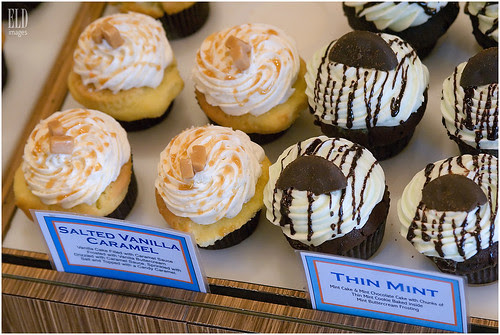 
All-American BBQ and Chocolate Cherry Coke were the other two experimental cakes for the month.  The All-American is a vanilla cake with a hint of barbecue sauce. Not apparent was the sweet corn in the frosting. The vanilla frosting had barbecue drizzle and patriotic sprinkles. This one probably was the furthest off the cupcake grid, but quite good. Chocolate Cherry Coke had a chocolate liner, perhaps laced with cola, and featured cherry whipped cream topping and pie-filling cherry. 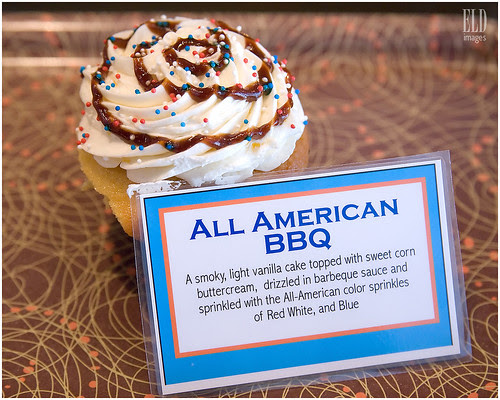 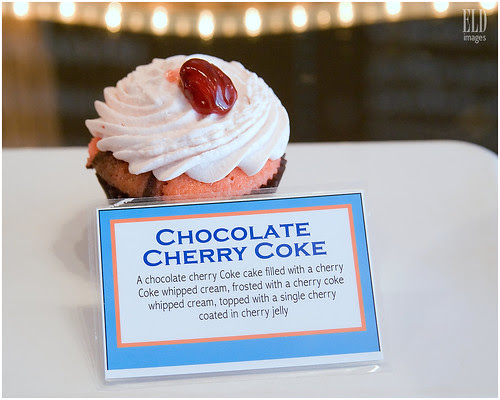 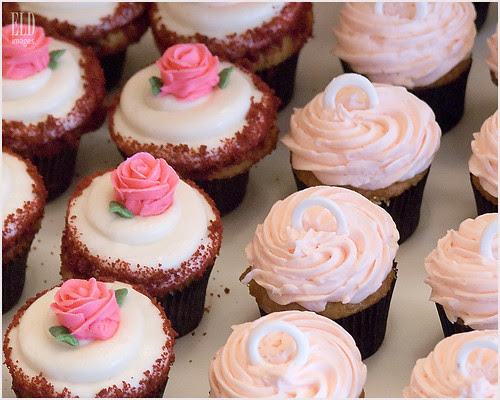 Written and photographed by ELD Images for Cupcakes Take the Cake. You can see the whole set of images here.