Guest blogger, Livin Lyssa (@LivinLyssa) here.  Super excited for the chance to blog for Cupcakes Take the Cake - a blog I've been reading multiple times daily for years.  I wanted to share my search for NY's Best Cupcake with you and the self-led cupcake tour that took me across the city, eating, licking, and bouncing my way from one bakery to to the next!

If you want to skip the details of the journey and only care about the the winner, then scroll to the bottom of the post for my Best NY Cupcake nominee.  Also, feel free to venture over to my own blog, LivinLyssa, to debate about NY's Best Cupcake.

Background:
New York City isn’t officially the Cupcake Capital of the World but it’s close and I’m pretty sure it’s home to some of the most famous cupcakeries in the world, making it the number one place for someone like me, who’s a bit cupcake obsessed, to search out the Best Cupcake...in NY.

New York City offers cupcake tours, but they’re over priced and hardly scratch the surface of the cupcake heaven that is New York.

Rather than investing in the tour, I created my own - covering 10 bakeries across  Manhattan with the freedom to indulge in as many cupcakes as my blood sugar could handle.  I even recruited a tourist to take along with me, making it a true tour!

My partner in crime for the adventure was - Heather Saffer, head cupcake at Dollop Gourmet in Rochester, NY and Cupcake Wars Champion!  If you're in the neighborhood, stop by her Rochester cupcakery, check out her ramblings on her blog, or order up a tube of Dollop's Ultimate Dude frosting to enjoy at home!

Our Cupcake Tour began in the West Village through SoHo to the East Side, and wrapped up in Midtown. 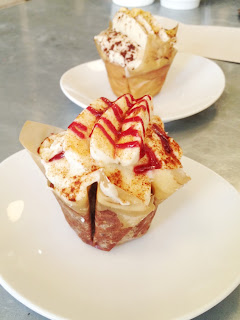 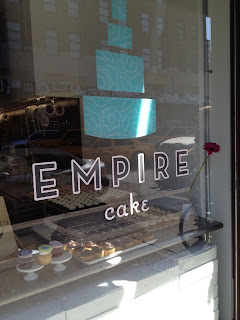 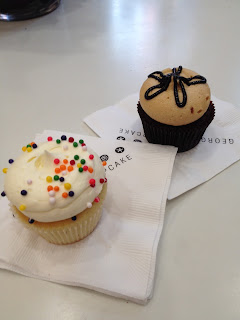 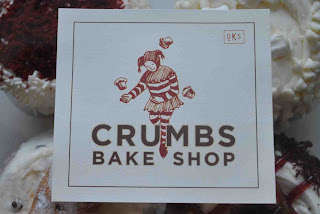 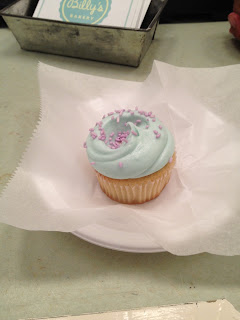 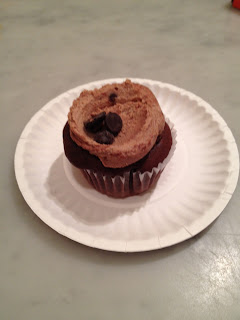 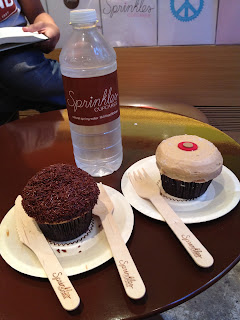 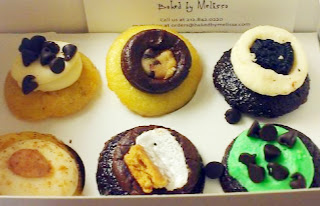 I get the appeal here - small cupcakes!  And normally, I'd be all over mini cupcakes allowing you to eat each and every one of these but Melissa's flavors can all be lumped together.  I feel like I have to pop two of these babies in my mouth simultaneously to actually taste anything.  Because to me, I was eating was air.  Kudos to you Melissa for capitalizing on the mini-loving, calorie counting sweet addicts but it's a no-go on flavor and taste. 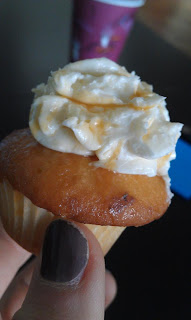 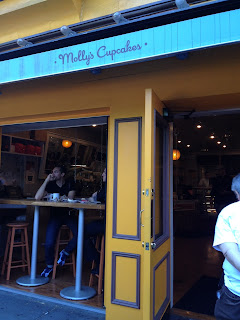 I gotta give it up for Molly.  She does it right.  She seriously Takes the Cake.

Molly's has a cute, friendly atmosphere and board games for entertainment; a do it your self sprinkle bar (because sprinkles make everything better); swing seats and the color yellow prominently displayed everywhere.  This place just screams happy and cupcakes make people happy.

Once I came down off my Cupcake Tour sugar high, it was clear to me which cupcakery was the best. On the Cupcake Tour all of Molly's cupcakes were delicious.  So weeks after I recovered from my cupcake binge, I ventured back to Molly's and treated myself to the Peach Cobbler Cupcake.

At first bite I knew, this cupcake was the BEST CUPCAKE I EVER ATE!

A buttery vanilla, cinnamon-like yellow cake with a coffecake crumble crust, a summer-fresh peach puree filled center, and a mound of light, fluffy, homemade whipped cream on top.  Everything about this cupcake was delicious and if I can recommend one cupcakery and one cupcake in NY it is most definitely Molly's Cupcakes' Peach Cobbler Cupcake.

Try it and let me know what you think on Twitter @LivinLyssa or my own blog!

Unknown said…
It's truly a great and useful piece of information. I am happy that you simply shared this useful info with us. Please stay us informed like this. Thank you for sharing....
hairdressers in Edinburgh