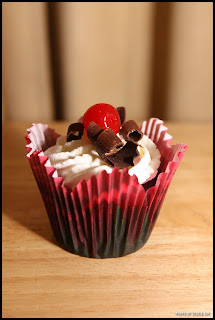 I have never had the chance to craft my own recipe before. So, Dove Dark Chocolate people, thanks for the opportunity. Challenge: accepted. The requirements to participate in the Dove "30 Days of Dark" were only to use and showcase Dove Dark Chocolate, of which they sent me plenty. I talked to my friends about their ideas (thanks Michael, Diane, Brooke and Leslie) and consulted my extensive collection of cupcake cookbooks, but in the end it was a memory that did it.

I had the best slice of Black Forest cake many years ago at a tiny place in Fort Worth, Texas, called the Swiss Pastry Shop. It was so light and crisp and all cherry-sugary-dark-chocolate air. The shop/cafeteria calls it the UnCake. So that was the taste memory I wanted to bake in cupcake form. Sadly, the way their cake is made isn't something I could do in my tiny NYC-size apartment kitchen. But I could try to re-create the flavors involved, which I did.

After scouring many, many recipes for Black Forest cake and taste-testing four or five of them, I settled on an adaptation of a recipe I found online. Thank you to Victoria Threader, who ended up having the best cake recipe basis, albeit not the easiest. I took that recipe and played with it for a week or so, changing it to suit my tastes and desires. Once I settled onto the recipe that I liked best, I got to work crafting my masterpiece. 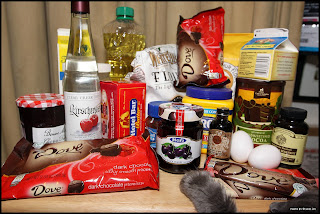 (Pay no attention to the cat trying to steal the chocolate. Bad kitty!)

First thing I did was get the kirsch. As someone who doesn't drink and hasn't had hard spirits like eau-de-vie before, I was on a mission to use an ingredient I'd not tasted, only heard of. I tried to find a sample-size bottle of it but was turned down flat at the first dozen Manhattan liquor stored I called. I must say that Sherry-Lehmann was extra helpful in suggesting I make my own kirsch by using plain vodka and cherries macerated in the fridge. I didn't have the time, so I bit the bullet and bought the expensive bottle of Clear Creek Distilleries Kirschwasser. Ouch, my wallet complained. The rest of me would be complaining too by the end of the recipe-making period. But more on that later. 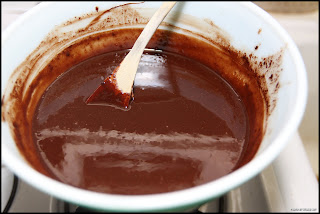 Sift together the flours, cornstarch, baking soda, cocoa, cinnamon, sugar and salt into a large bowl.
Add beaten eggs, oil and buttermilk plus the cooling chocolate mix and stir until incorporated. Do not over mix! 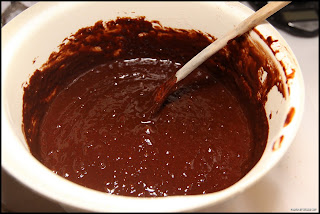 Fill cupcake liners approximately halfway with mixture, and bake for 18 to 20 minutes, or until cake tester or toothpick comes out clean from center of cupcake. Allow cupcakes to cool on rack for at least 30 minutes before filling. 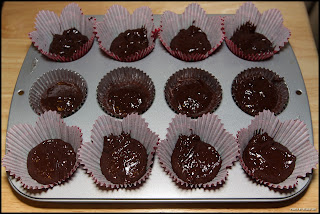 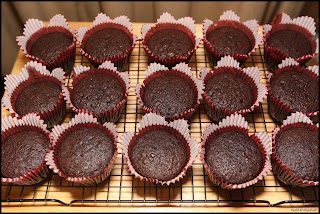 Heat ¼ cup of the black cherry preserves until warm but not hot, and strain, eat the leftover cherries. Add ¼ cup kirsch to strained syrup. Stir well and put aside. 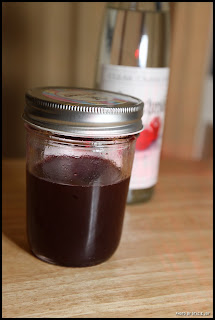 Slightly warm a jar of black cherry preserves. Add a squeeze of fresh lemon juice. Combine. Fill a piping bag or injector, or just set aside to spoon-fill cooled cupcakes. 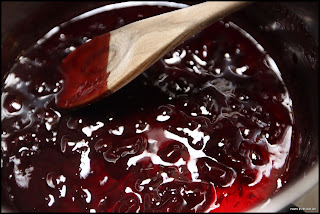 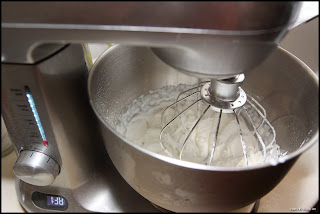 When cupcakes are cooled, core the center or use paring knife to cut a hole in the cupcakes. Eat the cupcake scraps, it’s the chef’s prerogative! Fill cupcakes with the warm black cherry preserves, either by spoon or via injector. A bit of overflow is fine, these cupcake are created to be dry enough to soak up the alcohol, syrup and cherries. 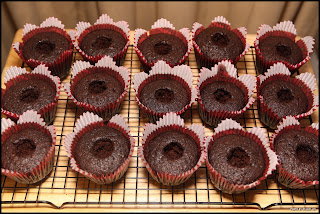 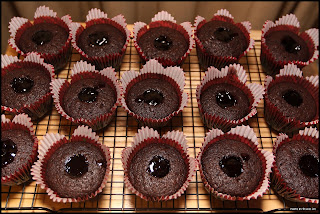 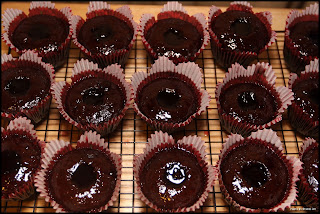 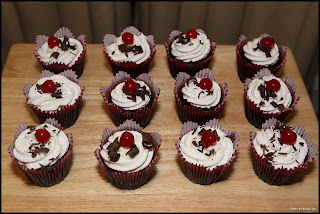 Serve, and impress your friends. 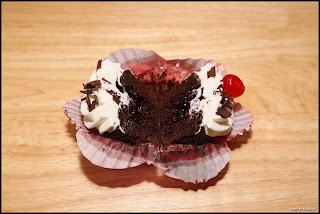 So, I would have served and impressed my friends, except for the drunken mess I was in. I was taste-testing the cupcakes, the whipped cream, and the syrup, all alcohol-laden. For a teetotaler like myself, it wasn't the wisest move. By the time I had snacked on my second whole cupcake (!), I was woozy/tipsy/drunk and even the cat was a bit inebriated. Life lesson learned there.


The next day as I surveyed the mess I'd made of the kitchen (there were even dirty dishes in the bathtub--  ick!), the scraps of Dove chocolate foil wrappers bearing sayings and thoughts, which I had spread out on the table, and the remnants of the cupcakes I'd eaten I was both impressed that I hadn't tossed my cookies (er, cupcakes?) in the overnight and horrified at the mess I'd created. But I was also proud. Proud of my super-delicious dark chocolate and cherry Black Forest cupcakes and of myself. 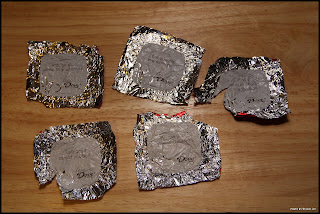 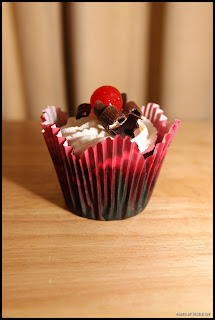 Negi said…
Thanks for great information you write it very clean. I am very lucky to get this tips from you.