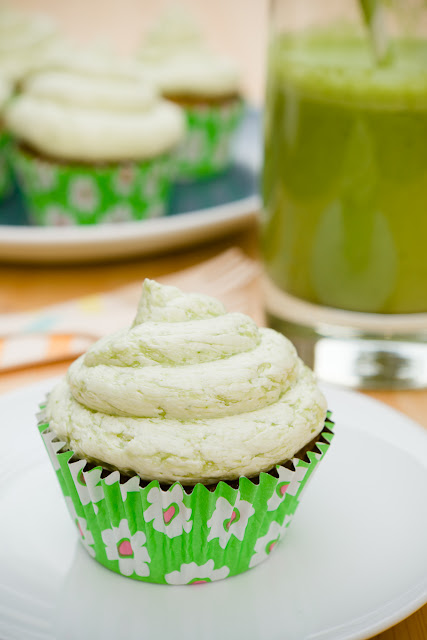 Have you ever had a Green Smoothie? With it's green hue and list of ingredients it looks like some mad scientist creation but it's actually not only delicious, but nutritious! Cupcake Project has adapted that into a cupcake! Sure, a green cupcake sounds funny but they swear that even kids love these cupcakes and don't even know there's healthy stuff in it! There's Green Smoothie in both the cupcake and frosting for that extra punch of orange-y, coconut-y, banana-y flavor! Check out the recipe here!
banana Cupcake Project cupcake recipe cupcake recipes green green smoothie health and cupcakes healthy cupcakes How to orange recipes smoothie spinach