Posted by Rachel on October 11, 2012
It's not too early to start thinking about Christmas cupcakes, and these beautiful Christmas ornament cupcakes are by Katherine Kallinis Berman and Sophie Kallinis LaMontagne, owners of Georgetown Cupcake and stars of TLC reality show DC Cupcakes, from their new cookbook Sweet Celebrations, which you can win a copy of by entering our contest. 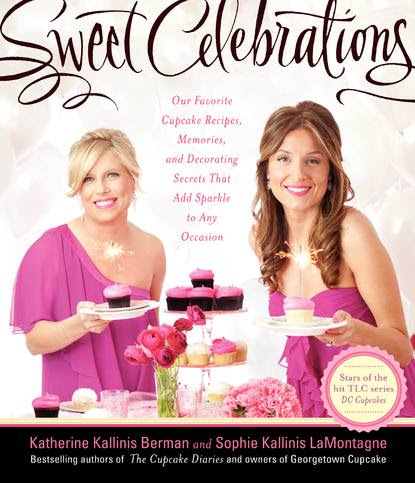 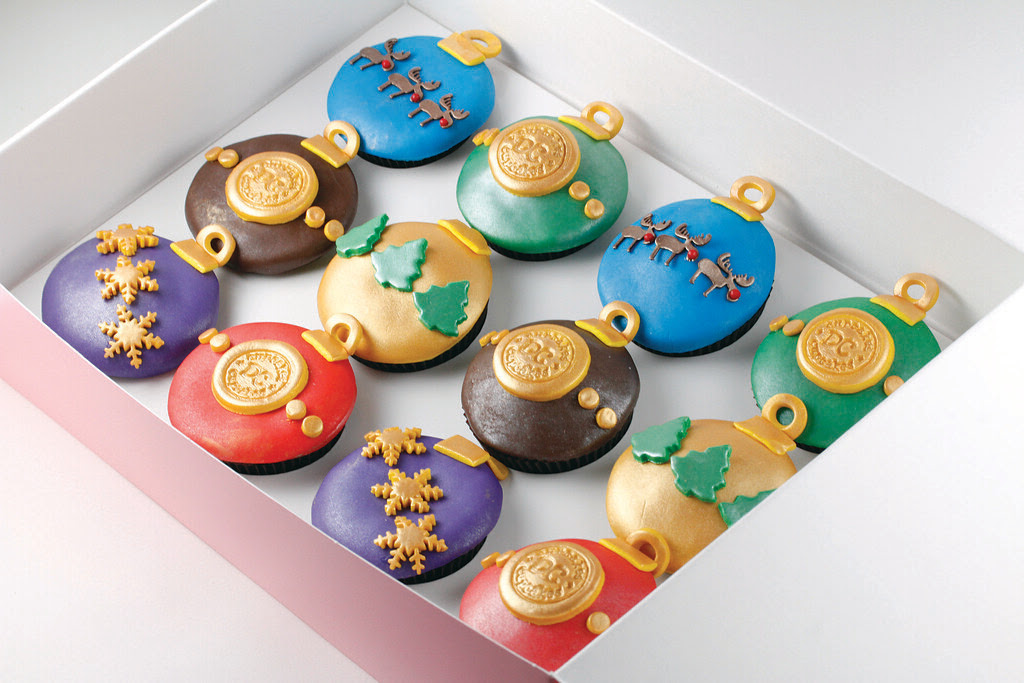 For the frosting:
In the bowl of a stand mixer or in a bowl with a handheld electric mixer, mix all the ingredients for approximately 3 to 5 minutes, until the frosting is light and airy. Frost each cupcake with a thick layer of the frosting using an offset spatula.

To decorate the cupcakes as “ornaments”:
Roll out flat pieces of fondant in a variety of colors, about ¼ inch thick. Cut out eighteen circles with a diameter of 3 inches, enough to cover each cupcake with one circle. Brush the surface of each circle with gold, silver, or white luster dust, or a combination of all three. Next, press your favorite cupcake toppings into each circle to create festive patterns (see the photo on page 150). Place a circle on each cupcake. Then wrap each cupcake in tissue paper, and place it in a square box, wrapped with ribbon, to serve. Happy Christmas!
alcohol-based cupcakes Christmas cupcakes cupcake cookbook cupcake recipe cupcake recipes eggnog festive Georgetown Cupcake Katherine Kallinis recipe recipes rum Sophie LaMontagne Sweet Celebrations