The boxes arrived Priority Mail (shipped on a Wednesday, received that Friday) in decent shape: 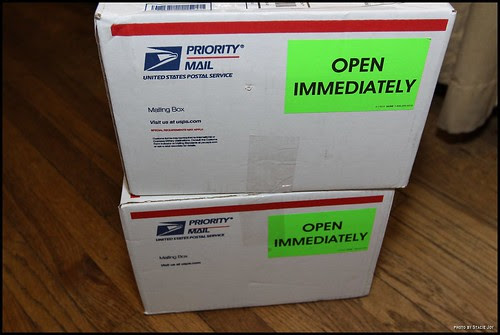 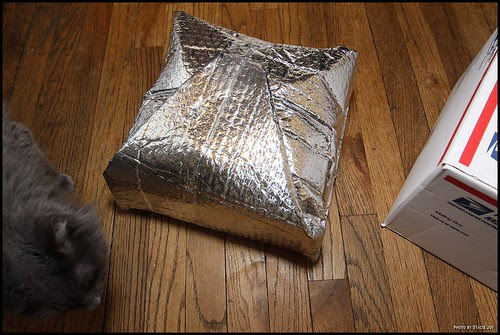 Grady the cat was very interested in the packaging. Everything was wrapped in bubble wrap and a foil-based packing, with a no-longer frozen (or even cold) leaky pack inside of that. 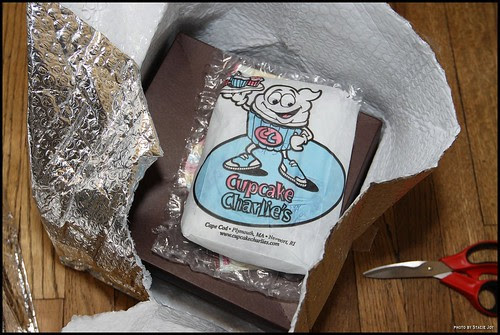 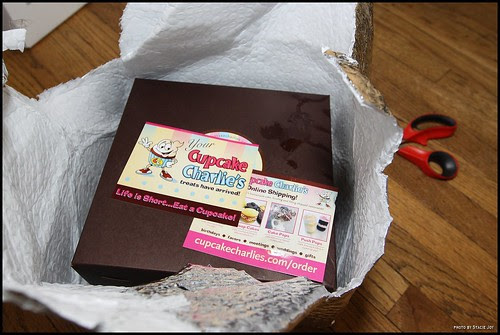 I received two boxes, one Push Pops and one Cake Cups. 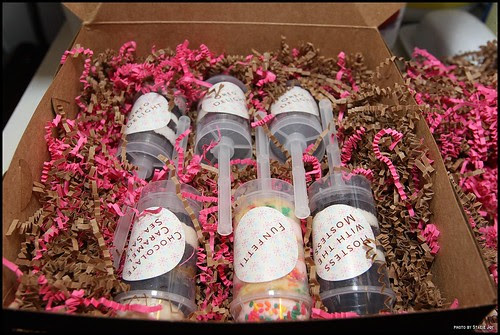 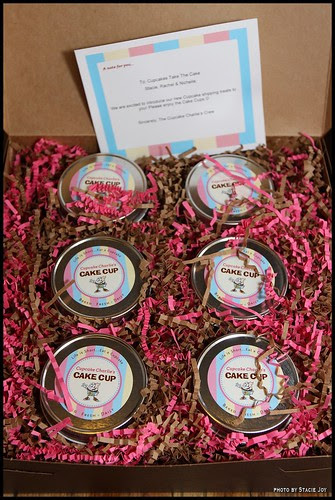 Cake Cups! Plus a sweet note. 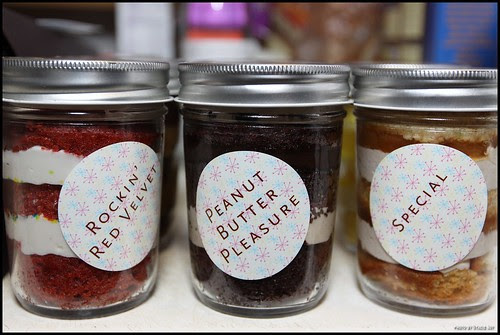 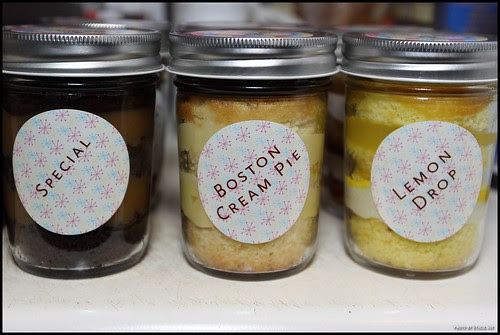 The ones labeled "special" were a surprise, as I had no idea what flavor they were. Didn't matter in the long run, as they were all tasty, but I would love to know what the chocolate one with caramel was called. I think the other one was apple-cinnamon with cream? 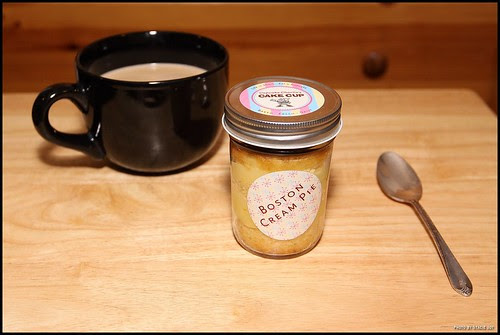 In the spirit of treating myself to a taste before the hordes descended and ate everything up, I sat myself down with the Boston cream pie cake cup and a cuppa coffee and had a blissful half hour eating, drinking, and reading a good book. 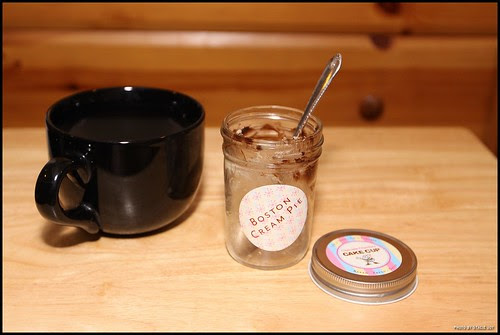 Delightful! And, the cake cups themselves are reusable, which I love.  I have used the mason jars several times since I received the six pack.


I also tried one of the push pops before a complete sugar coma hit. 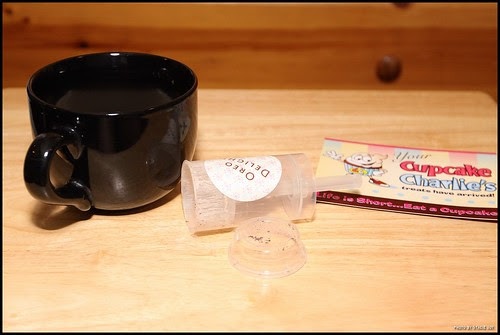 All of the products that I tried were very sweet, with good flavor combinations. I very much enjoyed the Boston cream pie, as it's a tough flavor to reproduce in cupcake form. The chocolate was dark enough and has a complex flavor that helped cut the sweetness of the filling and cake.


I would say that you should serve and eat these cupcakes as soon as they arrive. While the card says they are good for 1-4 days after they arrive, I would say that day and the next are the only viable ones. The cake dried out and separated from the filling by the end of the second day. The push pops were a huge hit with kids (I had to hide them so my neighbor's kids didn't eat them all) and the cake cups would make a wonderful gift for someone, or to serve at a party.They are perfect for travel, as they can't be damaged inside their glass houses.


My suggestions for Cupcake Charlie's would be to ship overnight instead of priority mail, if financially possible, which would give the cupcakes an extra day prior to drying out. I would also suggest including a note about what the "special" flavors are. Other than that, I think Cupcake Charlie's has hit on a great shipping policy. Cupcakes don't get messy or smushed in the shipping process, nor do they need to be frozen prior to shipping.


Shipped cake cups are approximately $30 for a half-dozen.