Cupcake on novel cover: The Girls' Guide to Love and Supper Clubs by Dana Bate

Posted by Rachel on January 28, 2013
I was happy to see a cupcake on the cover of the upcoming novel The Girls' Guide to Love and Supper Clubs by Dana Bate. I don't know yet if cupcakes are contained in the actual plot, but if so, I'll let you know. The book comes out on February 5th, and is available for pre-order on Amazon now. Here's the official plot description:

Hannah Sugarman seems to have it all. She works for an influential think tank in Washington, D.C., lives in a swanky apartment with her high-achieving boyfriend, and is poised for an academic career just like her parents. The only problem is that Hannah doesn't want any of it. What she wants is much simpler: to cook.

When her relationship collapses, Hannah seizes the chance to do what she's always loved and launches an underground supper club out of her new landlord's town house. Though her delicious dishes become the talk of the town, her secret venture is highly problematic, given that it is not, technically speaking, legal. She also conveniently forgets to tell her landlord she has been using his place while he is out of town.

On top of that, Hannah faces various romantic prospects that leave her guessing and confused, parents who don't support cooking as a career, and her own fears of taking a risk and charting her own path. A charming romantic comedy, The Girls' Guide to Love and Supper Clubs is a story about finding yourself, fulfilling your dreams, and falling in love along the way. 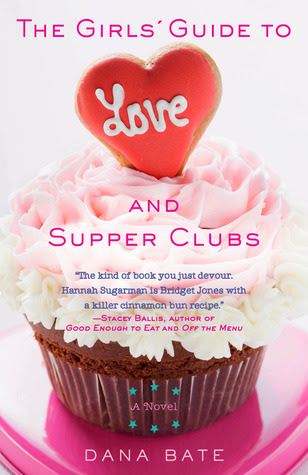