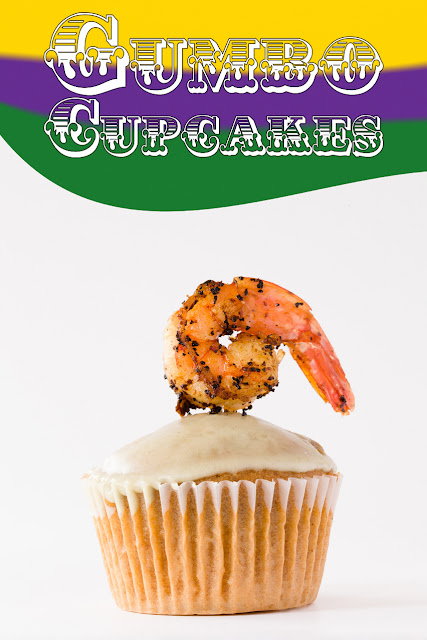 I know Mardi Gras was last week but I found these Gumbo Cupcakes on The Cupcake Project and just had to share them. Now I've seen some pretty crazy savory cupcake ideas but GUMBO?! I mean there's a shrimp...on top of this cupcake!

This incredible cupcake's creator, Stef, verifies that these cupcakes when fresh out of the oven definitely taste like gumbo! There's no fish in the cupcake so don't get too worried about the shrimp on top if you're not a seafood fan, you could maybe put a chunk of sausage on top instead!

These cupcakes are a tad bit more involved than your standard sweet recipe but based on the author's description I would have to think they're worth it! Check out the recipe here!
cupcake blogs cupcake recipe cupcake recipes food blogs gumbo Mardi Gras meal New Orleans recipe recipe link savory cupcakes the cupcake project