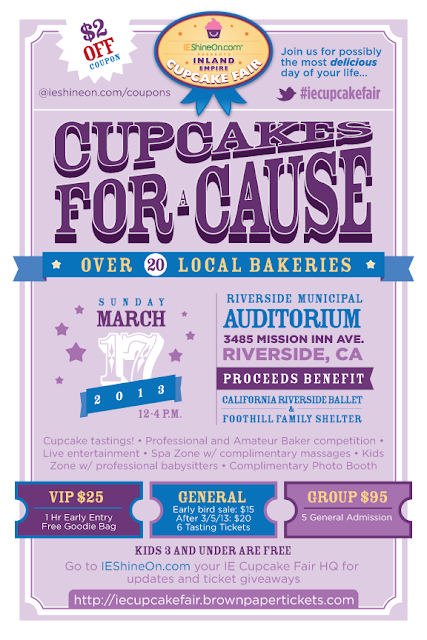 Our friends at IEShineOn.com are hosting the first ever Inland Empire Cupcake Fair on Sunday, March 17, 2013! Taking place at the Riverside Municipal Auditorium here in SoCal, the proceeds from this sweet event will benefit the California Riverside Ballet and Foothill Family Shelter!

This exciting event will have cupcakes available to taste whipped up by amateur and professional bakers in the Inland Empire. If you think your cupcakes have what it takes to take home the cupcake glory, apply to be a baker here! Entry is $50.

Besides hosting a plethora of cupcakes, this exciting event will also have live entertainment, a spa zone with complimentary massages, kids zone with professional babysitters, a complimentary photo booth, and much more! Over 2,000 vistiors are expected to attend so get your tickets today! 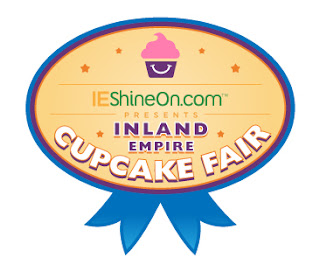 We're giving two pairs of General Admission tickets to the Inland Empire Cupcake Fair! Enter below for your chance to win! Winners will be announced on Wednesday, February 20th!