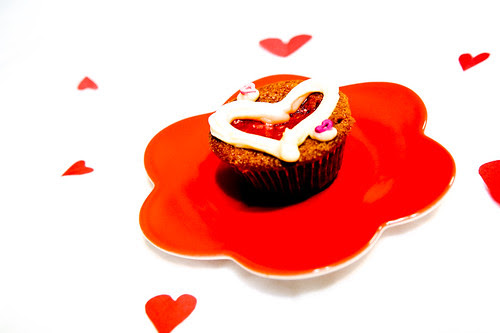 Yesterday, Shirley Temple Black passed away at the age of 85.  For some people, she's only known as the child star who tap danced and sang "On The Good Ship, Lollipop", but she was much more. She became iconic when she grew up, left Hollywood and became an ambassador. She was the US ambassador to Ghana and the former Czechoslovakia.  She is well known for having a non-alcoholic cocktail named after, The Shirley Temple.  I don't know what it is in it, but the cocktail usually includes lemon-lime soda and topped with maraschino cherries. I have seen a Shirley Temple Cupcakes over the years and wanted to share a few with you.