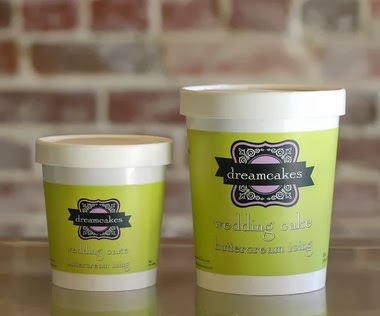 With the latest announcement of a local cupcakery's sweet concoctions hitting the store shelves in Homewood, Alabama, I think this may officially be the latest extension of the cupcake craze.  "œWe have people asking about it all the time," Jan Moon of Dreamcakes Bakery said.  She says she has received lots of requests for her icing from bakers who don't have the time to make it at home.

Of course, Sprinkles' cake mixes have been available via their website and select stores like William Sonoma for awhile now (http://www.sprinkles.com/cupcake-gifts/cupcake-mix/), but selling actual dollops of delicious icing has thus far been limited to "frosting shots" available over the counter from a few of the most enterprising of cupcakeries.  I'm personally glad to see locals hitting store shelves and although Dreamcakes are "all natural", I hope anyone following in their footsteps also contain shorter ingredient lists than the usual (much despised in my household growing up) store-bought Duncan Heinz and Pillsbury varieties.