Cupcakes at my local deli: Sorella's in Liberty, MO 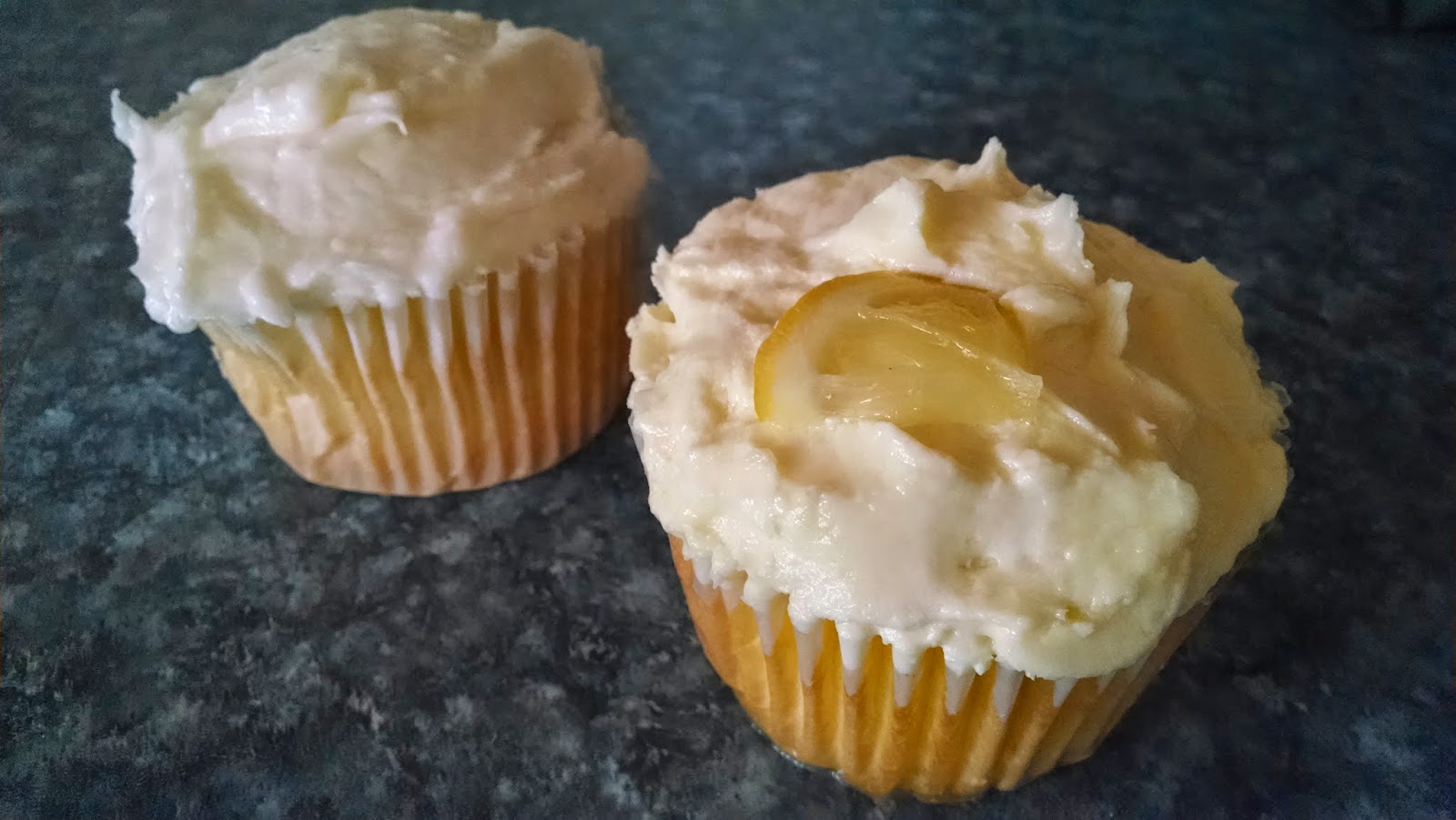 My local deli sometimes has cupcakes available and I see the pictures frequently on Facebook, but I've never been there at the right time to try them, so when I stopped by recently, I was delighted to have TWO cupcake flavors to try: wedding cake and lemon.  They are "rustic" to look at, as you can tell from the photo, but I kind of like the charm of that look, especially in the context of my local deli, which is quaint overall.

The cupcakes were a nice size, between the normal "regular" size and jumbo and the icing was proportional, which can be key.  The taste of the wedding cake was to me just a basic vanilla for both the cake and icing, so that was rather unremarkable, but hit the mark for those looking for a "vanilla" experience.  The lemon cake and icing was much more flavorful and I had to keep going back just for the taste.  The icing was a bit grainy, which could be called "homemade" and the cake a tad dry, possibly from sitting out at the deli half the day. One other thing to note is that the lemon cupcake had just a small slice of lemon on top.  It wasn't candied or preserved in any way, which I prefer over an inedible decoration that deteriorates over time. The cupcakes there are cheap (just $1.50!!) and definitely work for a sweet finish to their delicious sandwiches, so this is a positive recommendation...in context.  If you're after a $3+ gourmet cupcake for its own sake, probably stick to a regular bakery.