Posted by Unknown on July 23, 2015
On a recent trip to the Mall of America in Minneapolis, Minnesota, I finally had the opportunity to try multiple Cupcake Wars Champion, Cupcake. 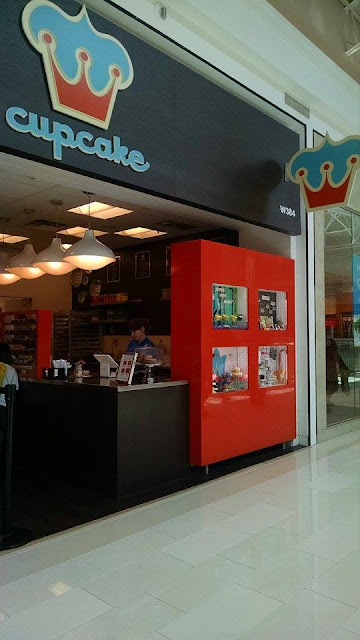 The store was cute and inviting and the displays looked delicious. 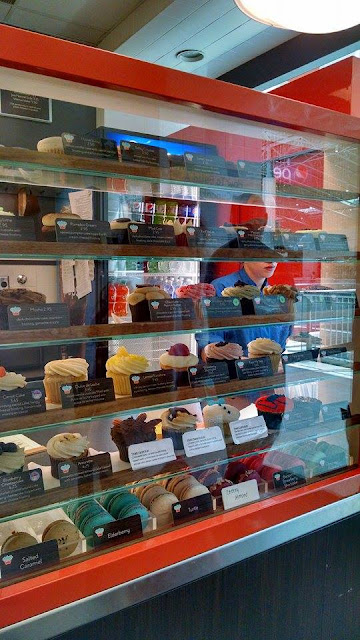 All the cupcakes had adorable names and there was even one named the "Michelle Obama". 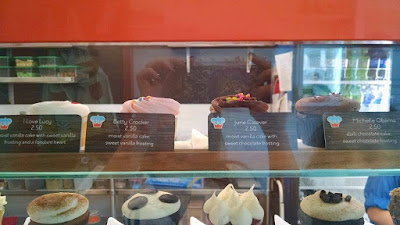 I was also impressed that they had an extensive selection available everyday, including half a dozen gluten free. 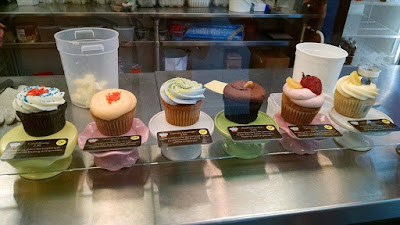 Their prices varied widely depending on how elaborate the cupcakes were, which you don't usually see, so it ended up being more expensive than I expected for Minnesota.  However, we selected Strawberry Shortcake, Red Velvet, Wedding Cake and Dulce de Leche, and a couple macaroons. 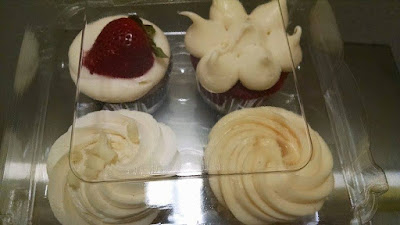 I am sorry to say that none of them were very good.  The icing was sticky and kind of gooey, the cakes were rather tasteless and there wasn't much filling when it was supposed to be present.  However, the macaroons were delicious!
cupcake cupcake wars dulce de leche gluten free Macaroon Mall of America Minneapolis Minnesota red velvet review

Helen said…
What a shame when they look so pretty and the store is so inviting. Perhaps a smaller range done well would work better.
7/23/2015 1:59 PM